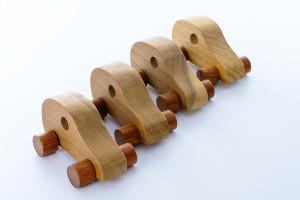 Besides describing its parts sales strategy and forecast, LKQ gave analysts “color” on other internal and external business items during its earnings call Tuesday.

Here’s four highlights possibly of interest to the collision repair ecosystem as well as LKQ’s investors.

LKQ echoed what seems to be the general consensus: multi-shop operators will continue to acquire collision repairers and market share.

“There’s several very active buyers of body shops,” CEO Rob Wagman said. “We believe that’s a positive for us. These MSOs are very tied to the insurance industry and driving alternative parts.”

Granted, a “tremendous amount” of the 40,000-odd collision repairers were independents, but consolidation would continue to chip away at that, Wagman said.

“I don’t see that slowing down any time soon. … They are very aggressive in consolidating.”

Revenue from the program grew 66 percent to $28 million, and so did the actual number of repair orders which used the feature, according to the CEO.

This demonstrated the program “continues to gain traction” with collision repairers, Wagman said.

A consultant-suggested push for better logistics at LKQ will keep parts managers at shops better informed of just when their order will arrive.

Thanks to new routing software, LKQ knows where its trucks are “down to the mile,” Wagman said.

“It’s an amazing software,” he said.

Other efforts including shifting regional sales centers to call centers and getting dismantling down to an efficient science with the help of a “six sigma black belt.”

All the upcoming collision-preventing systems will not only cut into auto body shop revenues, they’ll take a bite out of LKQ’s as well. And after that comes the fully autonomous cars which could really start eating away the 90-odd percent of human-caused crashes.

But “it’s a decade-out problem at the earliest,” he said. LKQ and its investors could have a good run until then, and the company had plans to hedge its bets by looking beyond the collision business, according to Wagman.

“It is actually part of our strategy to diversify the business,” he said.

He also noted a Thatcham projection that severity and total losses would drop as cars grew smarter, but frequency would stay the same. (For more Thatcham optimism, check out this bodyshop report.)

A 2012 Highway Loss Data Institute report found it took 30 years for a luxury car safety feature to either have come standard or optional on 95 percent of the fleet.

Theoretically, forward collision warnings alerting drivers of a crash might not reach the fleet until 2049, the Insurance Institute for Highway Safety wrote about the findings in 2012. (Although FCW is now old news — OEMs in 2015 jumped right to pledging to make autobraking standard.)

Featured image: Our four takeaways are symbolized by this Pinewood Derby of insight.  (Giselleflissak/iStock/Thinkstock)