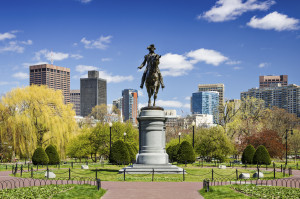 Massachusetts insurers have pulled sample policy language allowing them to peg all body shop labor rates to a DRP shop rate, shift liability and responsibility to customers and stick customers with towing costs.

The Alliance of Automotive Service Providers of Massachusetts and the Statewide Towing Association of Massachusetts hailed the withdrawal of the wording on Friday, noting they’d put “overwhelming pressure” on the Automobile Insurance Bureau.

The AIB filed the text with the state to see if it could legally stand were it incorporated into Massachusetts policies. The document, last updated in 2008, is intended as a template state insurers can adopt or modify for their own policies with the confidence that the state seems to think it’d hold up in court. (See a memo of all the proposed changes here and a similar consumer’s notice here.)

The state Division of Insurance signed off on the wording and placed it on file Oct. 20. The agency didn’t necessarily like or dislike the text — it merely certified that nothing in there seemed to violate Massachusetts law or regulations. AASP-MA had disagreed, pointing to several areas.

“A new policy has been filed by AIB to replace the previous filing, however, it must go through the Rating Bureau review process before being ‘placed on file’ with the Division of Insurance,” AASP-MA and STA wrote in an news release. “AASP/MA and STA will remain vigilant during this review process and will take every appropriate opportunity to weigh in on the policy.

“Since becoming aware of AIB’s policy changes, the associations have been working closely together on behalf of our memberships and the consumers of the Commonwealth. We look forward to our continued collaboration on this initiative.”

The template was laughably bad. Among its lowlights.

Labor rates: “The cost to physically repair the auto is the competitive price, which we secure from a licensed repair facility under our direct payment plan,” the document states.

Direct payment plan shops often collect between $30-40 an hour from their respective plan insurers, according to the AASP-MA.

That seemed to fly in the face of Massachusetts regulations saying insurers must negotiate rates with collision repairers, according to the AASP-MA.

“AASP/MA understands (and AIB has confirmed) that this new language means that the insurer will calculate its rate, for all body shops in the Commonwealth, based on only its referral shop program,” the AASP-MA and STA wrote in an news release. “… While consumers assume the actual cost to repair their vehicle will be covered at the time of an accident, this language change leaves consumers having to pay the difference between the actual labor rate and the rate of reimbursement.” Towing: If you tow or store vehicles for an insured customer, the AIB policy proposal states the insurer will only pay for the amounts stated by the Department of Public Utilities related to involuntary/trespass towing.

Storage rate for involuntary towing: $35 a day, plus extra labor if needed.

This was done even though the Department of Public Utilities flat-out states: “The Department does not regulate towing requested by a vehicle owner.”

AASP-MA said the new AIB language also could allow insurers to avoid covering costs for special equipment or hazardous material clean up, like antifreeze spilled at the scene. That’d fall to you, the policyholder, according to AASP-MA.

“Since the DPU cannot regulate the rate of voluntary tows nor do they regulate non-tow related service rates due to federal preemption, the aforementioned rates do not reflect the actual market rate for services rendered relative to a motor vehicle incident involving collision or comprehensive claims or voluntary towing,” the trade groups wrote. “As a result, a policy holder will be responsible for any additional towing costs or costs for special equipment and illicit discharge clean up, like anti-freeze spills or oil clean up.”

Bodily injury: “We will not pay for punitive or exemplary damages,” the document stated, a further erosion of responsibility which were it combined with others in a policy seems to beg the question of why the customer would even bother getting insurance in the first place.

“Consumers, who are accustomed to their insurance indemnifying or covering them for certain damages incurred as a result of an accident, may no longer have those same protections,” AASP-MA and STA wrote. “A large reason for mandating insurance in the first place is to ensure that motor vehicle owners are able to pay for any injuries caused or, alternatively, for injuries received.  The model language, again, will cost consumers more money in the event of an accident.”