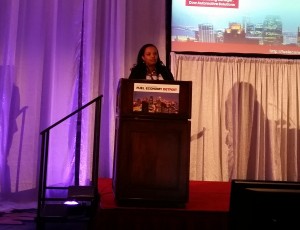 Adhesives deliver a cheaper, faster and lighter solution than other types of joining, according to Volkswagen and Dow Automotive.

Every 10 percent stripped out of total vehicle mass — one-third of which comes from the body — means a 6-8 percent gain in fuel efficiency, Belli told the 2016 U.S. Automotive Megatrends summit. Adhesive not only saves weight itself, but it allows you to join a wider variety of substrates which otherwise would face heat and/or corrosion concerns — delivering even greater weight savings while preserving safety.

The more weight you can shave from the car, the smaller its engine can be — leading to even more weight savings. This means OEMs are closer to meeting federal and global emissions/fuel economy standards as well as giving customers better gas mileage.

“Structural adhesives will make a significant impact on the lives of hundreds of millions of new consumers,” a Dow slide boasted, noting greater demand in developing countries.

Belli estimated that every meter of structural adhesive cuts 1.3 to 2.4 pounds of weight out of the car — and some European vehicles are already up to 200 meters of adhesive, she said.

Perhaps even more importantly to OEMs, adhesives can join aluminum to steel cheaper and faster — 50-100 percent faster — than any other method out there, according to Volkswagen data Belli presented. 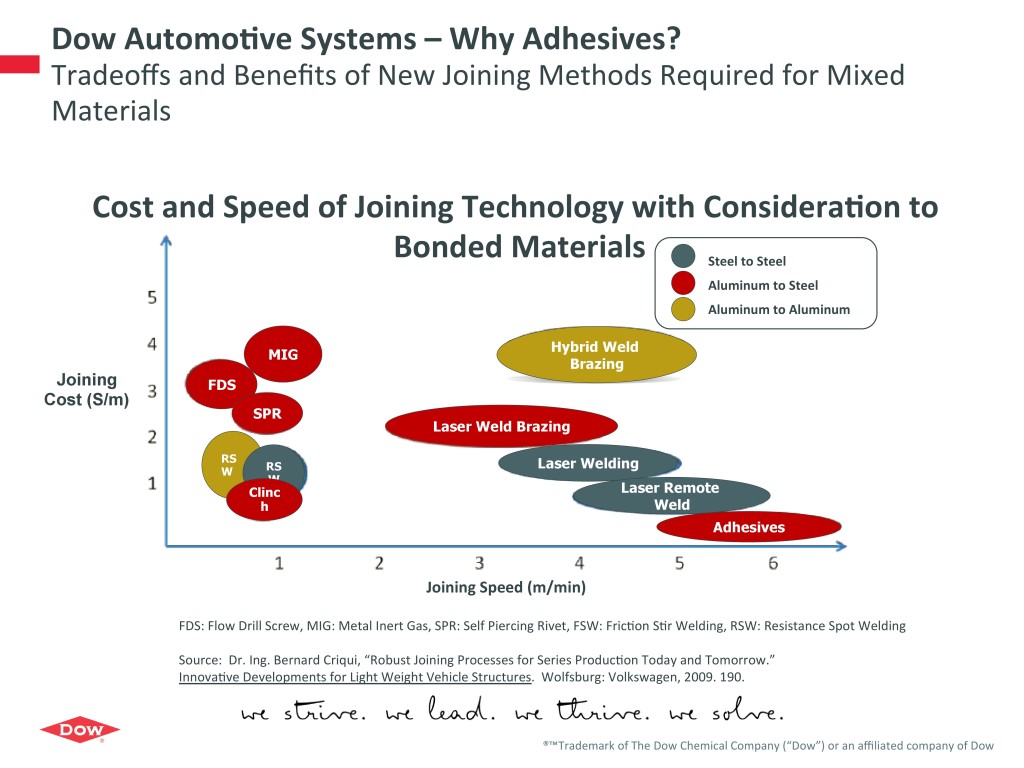 Such glues can help OEMs with ease of use. For example, adhesive can be applied to a surface in one location and shipped to a manufacturer who then cures it.

“Disruption never pays out,” she said.

Gluing the car together delivers other benefits as well. Static stiffness can rise 20 percent, giving a sportier, more responsive ride, thanks to the strength and increased surface area of the adhesive bonding. That ride also likely will be quieter, delivering only a couple of Hertz of noise. 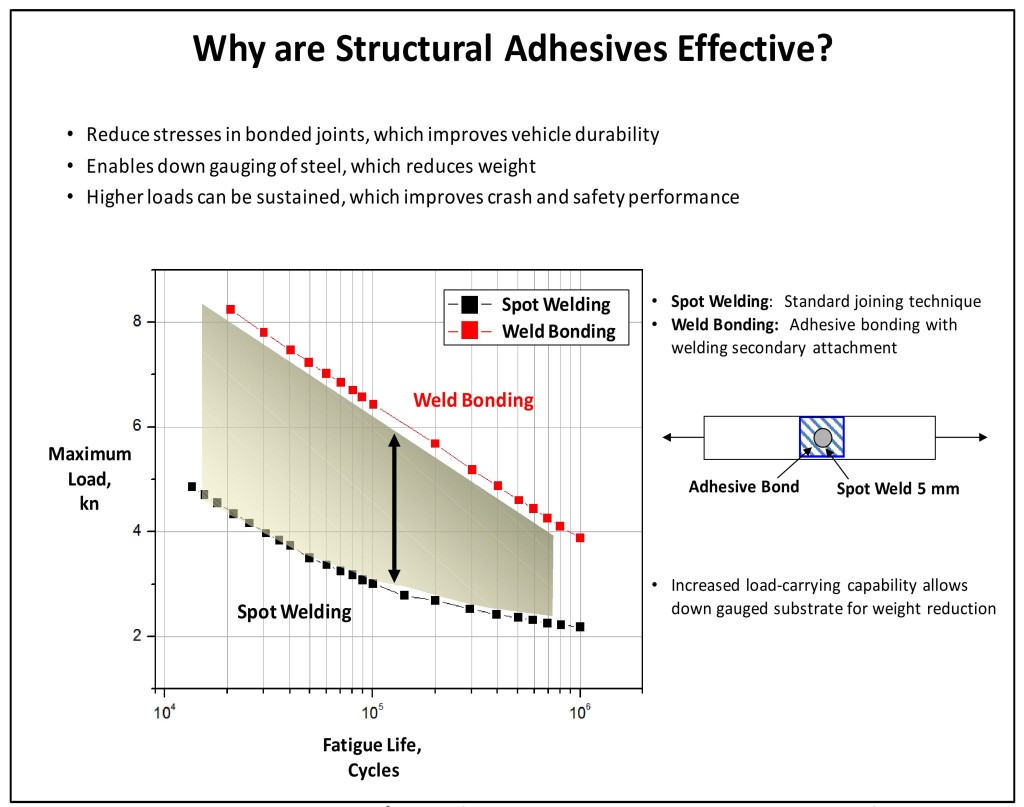 Finally, unlike new joining methods like laser welding, you can actually deploy adhesives in the aftermarket as well. Collision repairers should expect to see more of it — if they haven’t already — and it’s vital to know how to apply it and the difference between structural adhesives and mere panel bonding/body filler agents.