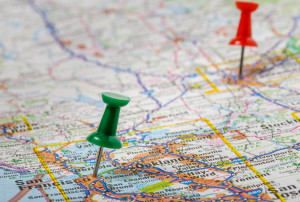 The Department of Insurance’s plans, in development since 2012 and intended to give repairers and consumers a break from alleged short-paying, were accompanied by an extensive analysis which reveals the agency’s thought process and how it responded — or didn’t — to certain concerns.

As California’s proposal has done virtually all of the legwork for any other state considering such a move, the explanations offer some thought-provoking ideas into some questions being debated by today’s collision repair industry. They’re worth reviewing by other states’ shops and technicians, even those who feel that labor rates in their area are just fine.

Today, we’ll look at perhaps the most contentious issue in debating labor rates with insurers — the size of a market area — and how California plans to define it. On Monday, we’ll look at some other items the state included in its proposal and its reasons for doing so.

Some rural body shops might join insurers in objecting to the market areas defined by proposed California Department of Insurance regulations.

Being the only collision repairer in a town wouldn’t make you the market in California’s eyes — it’s your shop and the nearest five which took a potentially standardized labor rate survey. Or the nearest six, if you didn’t respond to the poll.

Carriers wouldn’t have to use the CDI’s labor rate survey template, but those who elected to follow the proposed template could receive a “rebuttable presumption” they were acting in good faith on labor rates.

Proximity is calculated by geocoding software which can get proximity down to a thousandth of a mile, or less than six feet.

An insurer can pay a collision repairer either their out-of-pocket posted rate or the higher of the average or “rate at or below which a simple majority of surveyed shops charge” of those six prices; it’s their call. However, nothing stops a shop from negotiating a higher or lower (such as DRP) rate with a carrier.

The agency appears to have given extensive thought to this question, which has been the subject of numerous lawsuits and controversy — perhaps most recently with State Farm’s undisclosed market area revamp. Jones’ administration even backed up its position with a 2014 Sacramento State University study into the topic. (Four Business School Ph.D professors worked on the paper, which is sort of flattering.)

For some perspective, here’s what Yelp found in terms of body shops within 5 or so miles of the California Department of Insurance’s Sacramento, Calif., headquarters. In a major metropolitan area, it’s not hard to get to six shops and “make a market” in a relatively small region, which is interesting — assuming all of them fill out the survey. 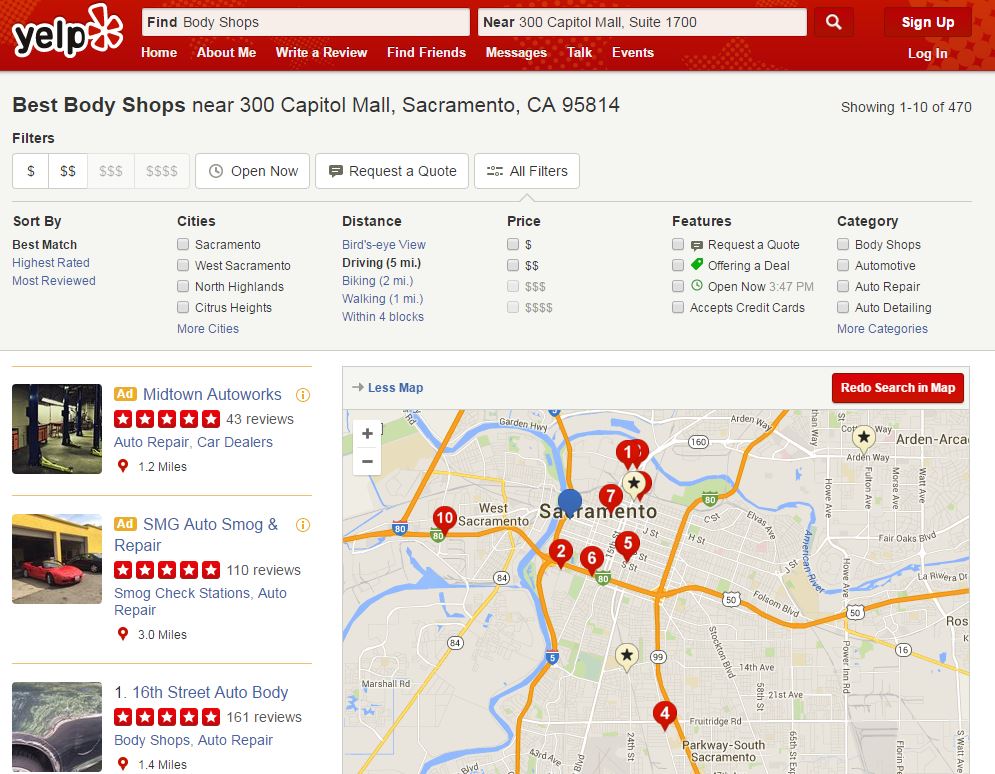 Here’s the status quo, according to the DOI, which blasted insurers’ methodology and its effects upon customers.

“Currently, the various insurers determine a geographic area in several ways, including but not limited to United States Postal Service (USPS) Zip Code areas, city, counties, multiple counties, and some highly irregular and customized ‘markets’ or ‘zones’ which the insurer creates,” the DOI wrote. “The Department’s experience is that some of the geographic areas used by insurers in surveys result in artificially inaccurate, unreliable, and unreasonably low labor rates that are not representative of the market. For example, in one instance, an insurer used its insurance adjusters’ territories as the geographic areas for its labor rate survey, which may have been convenient for the insurer, but which also had no relationship to the actual market areas where shops were located. The result is a significant range in labor rates used by insurers for the same insured, claimant, or repair shop. A claimant should not be paid significantly differently depending on which insurance company is paying the claim. In order to achieve greater consistency and reliability in the Standardized Labor Rate Survey, the Department finds it necessary to define geographic area.” (Emphasis added.)

And remember, this is coming from one of the only states that even bothers to look into how insurers do surveys.

In 2013, there were nearly 5,400 collision repairers registered with the state Bureau of Automotive Repair, with labor rates ranging from $25 to $100 (year unknown).

“Insurers and shops frequently are in dispute as to what the reasonable labor rate is in a particular area,” the DOI wrote. “These disputes lead to consumers being stuck in the middle and, in many cases, paying out-of-pocket for these unpaid amounts to have their vehicles repaired. A primary area of dispute with insurer surveys is over what constitutes the appropriate size and boundaries of a geographic (or market) area where labor rates charged by shops may be similar. An area chosen by an insurer may be too large, too small, or simply too artificially created to render a survey reliable for fairly and reasonably paying insurance claims.”

The agency has received hundreds of complaints, mostly alleging that the prevailing rates the insurers sought  were far too low because of flawed market areas or outdated data.

Treating each shop as a “unique geographic area” and a surveyable area as the nearest six responding shops in “straight-line distance” (as the crow flies) fairly compensates for California’s “diverse population, socio-economic differences, possible zoning differences, and real estate cost differences within cities and rural areas,” according to the DOI.

“For instance, one shop, due to higher real estate costs, or other factors in a specific location may have a much higher prevailing labor rate than another shop across town in the same city but with much different socio-economic characteristics,” the DOI wrote. 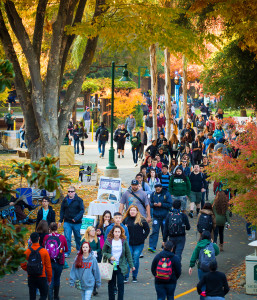 The Sacramento State researchers actually concluded that only three of the six shops needed to respond to get the survey rate confidence level to 90 percent, which they wrote “can be considered an acceptable accuracy.”

But to the DOI, that’s not close enough for its government work. It wants the accuracy of six shops (or a seventh, if there’s a tie for sixth-closest).

The state did look at “many” other means of calculating a geographic area but rejected them. It elaborated on why it felt the “most viable” alternatives didn’t work.

Census tracts: Define a market as all U.S. Census cities or “places” (unincorporated but named locations). The DOI tossed that idea because out of 527 Census locations with a collision repairer in 2013, 134 had a single shop, and 69 of them only had two shops — while 10 cities had more than 60 shops, including Los Angeles’ 361 shops.

Either way, the data has issues, according to the DOI. One- and two-shop cities could yield “unreliable or even uncollectable” data, while gigantic metropolises might not accurately reflect a shop’s real market. (Would you drive from one side of Los Angeles to the other for body work on a common vehicle?)

There are fewer of these areas than counties, the DOI observed, and some areas don’t even count as one. (Get a map of all “core-based statistical areas” for your state here; don’t be confused by the larger “combined statistical areas.”) 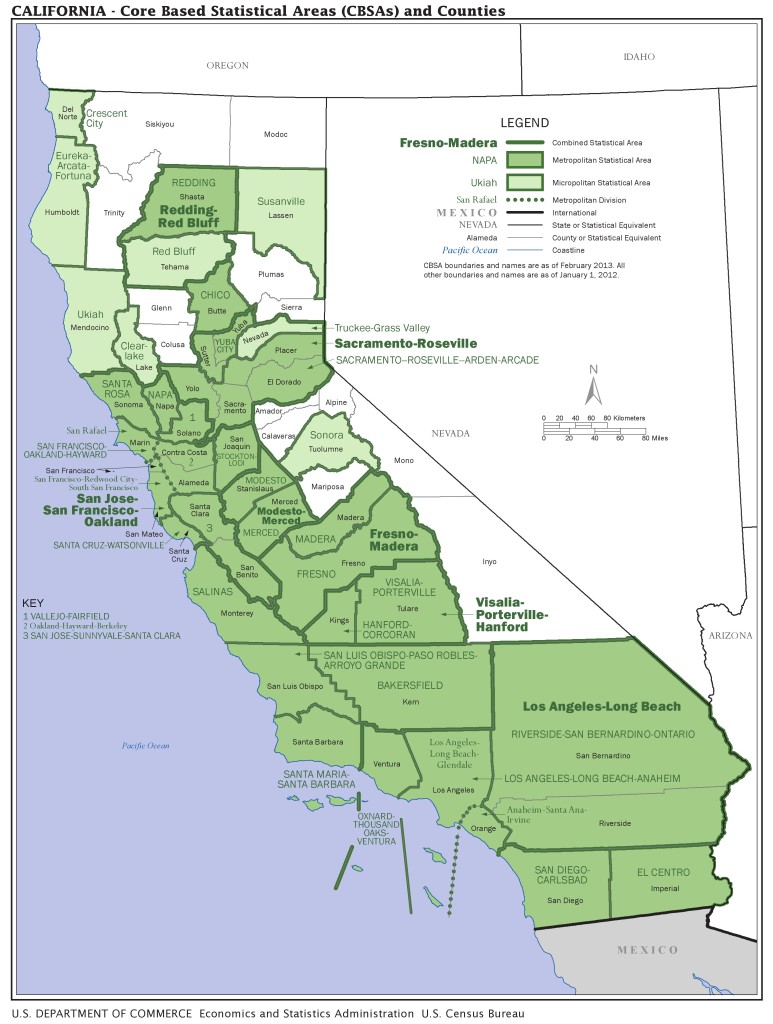 The DOI rejected this idea for the obvious reason: Core areas and some metropolises are freaking huge.

“For example, the Los Angeles-Long Beach-Anaheim, CA Metropolitan Area contains more than 13 million residents (more than a third of the entire population of the state),” the DOI wrote. “It includes the large County of Los Angeles and Orange County. Within this single Metro Area and even within each county, there are significant differences in shop expenses and overhead, which impact labor rates in different locales. Use of super-size geographic areas in a labor rate survey unreasonably flattens the labor rates in more affluent or higher cost areas and would result in many repair shops being paid less by insurers than the reasonable market rates in those areas.”

Cities/counties: The DOI noted April 2015 public hearings yielded the idea of using cities, counties or combined regions (enough rural counties to yield six shops) with 50 percent of shops responding. The DOI felt that one might have worked but was too messy.

“While this alternative may have merit, stakeholders from both the repair shop and insurance industries expressed confusion as to how this alternative would operate,” the DOI wrote. “Based on the alternative, insurers were confused as to when to use a city, county or region and the 50% response rate requirement. This rule could create confusion as to how to define the geographic area based on how many shops actually respond, especially in cities with close to 5 or 50 shops. The Department also believes this is not the most cost-effective solution as it introduces the cost of GIS software, but does not recommend it uniformly or across all geographic sizes. The Department believes that using GIS software to create one rule and apply it to every geographic area is more fair and equitable.”

Be heard: The DOI plans a hearing April 21, and the agency will take public comments until 5 p.m. that day about the regulations. Learn more here.

Some rural body shops might join insurers in objecting to the market areas defined by proposed California Department of Insurance regulations. (AlbertPego/iStock/Thinkstock)

Here’s a map of some of what Yelp displays as body shops within 5 miles of the California Insurance Department’s Sacramento office. (Screenshot from www.yelp.com)