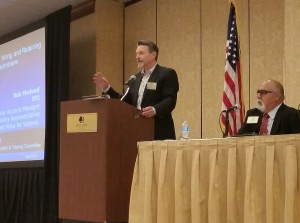 A busy, piece-rate auto body shop might find itself failing to engage and teach new technicians, industry figures said last week — an issue that must be remedied amid an industrywide staffing shortage.

This is not to say business owners and fellow technicians need to put up with a poor work ethic from a new hire. (We heard shop owners complain about the sense of entitlement among the new generations of techs.)

But developing talent is a worthwhile goal, and the old model of making a new hire a janitor and perhaps teaching them something down the road won’t work anymore, S/P2 senior account manager Bob Medved said April 21.

“Those days are over, man,” Medved said during a Collision Industry Conference panel in which he gave some suggestions for how best to put rookies to work. 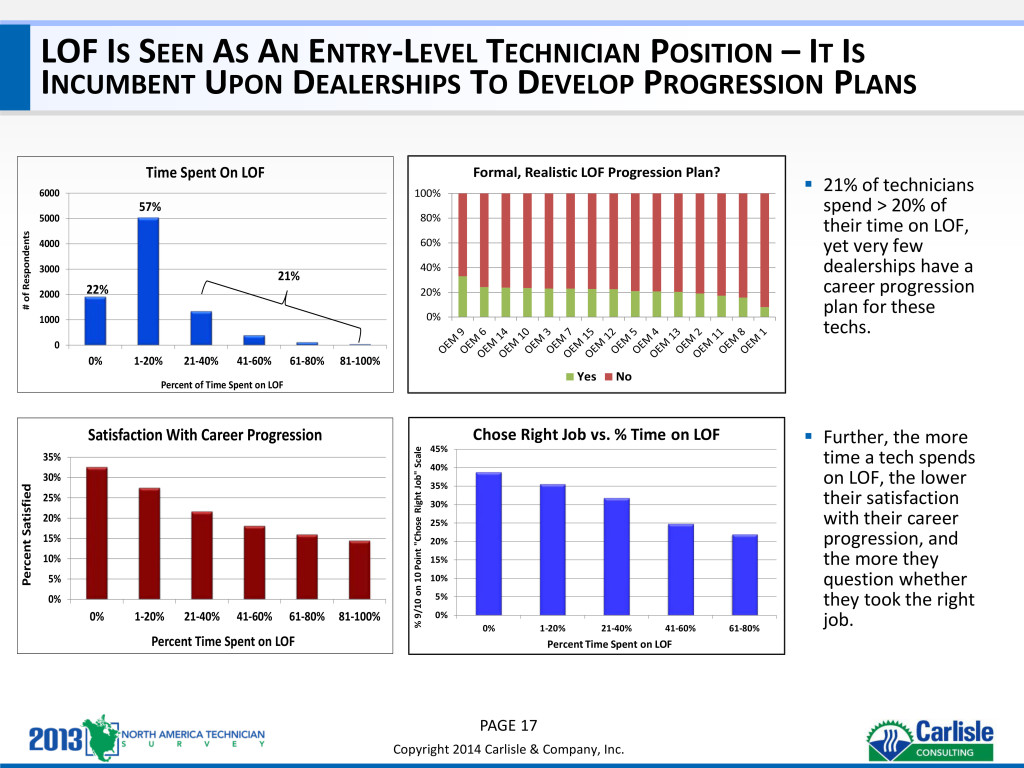 Medved said one stumbling block might be some shops’ system of placing a rookie with one of the business’ best technicians — without considering if the MVP actually is a good mentor.

Just because a technician can flawlessly restore a Ferrari doesn’t make them the best entry-level skills teacher; think about the brilliant academic who bored and/or confused your 101-level college class freshman year.

Worse, any technician on a piece-rate pay scale loses money by devoting time to a fledgling staffer, Medved noted, calling it crucial to ensure adequate compensation for whoever trains newbies.

“I constantly was struggling with managing the discipline,” he said.

Bickett said he hears collision repairers often have to retrain technicians, something nobody really wants to do, even journeymen techs who want to see positions filled. (See more on how the industry might ensure the right training at technical schools here.)

“I think that one of the biggest problems is integration,” said Bickett, whose company spun off a technician training business which anyone in the industry can use. 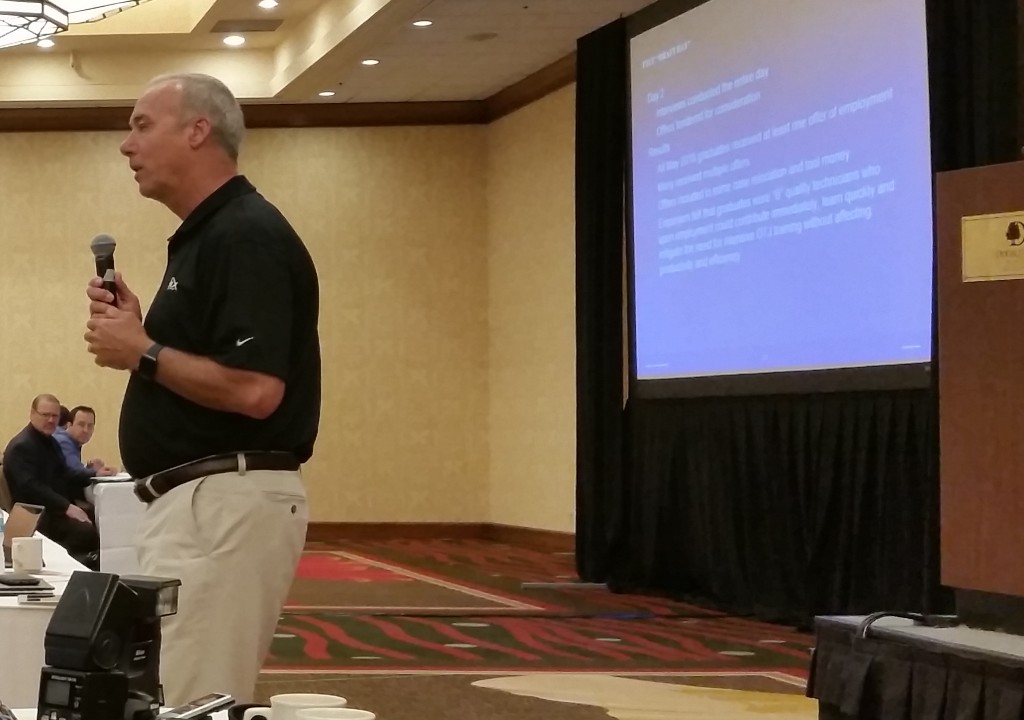 The business — test programs have been launched in Chicago and California — attempts to customize a path for new employees based on market conditions. “Every market is different,” Bickett said.

The program focuses most on filling repair planner and auto body technician fields, as it sees the largest demand for those skill sets in the industry, according to Bickett. The shop and student/new hire agree to a development plan, and the business checks in with both weekly to ensure everyone’s on track.

As with the lube, oil and filter dealership example, gratification is important, according to Medved. Technicians need to see there’s room for advancement and they won’t be stuck sweeping or detailing forever.

“If they don’t see that path forward, they’re going to see a path out,” Medved said.

It’s not that hard to get newcomers to a point where you’d give them more responsibility, he said.

Have rookies practice plastic repair — one of the skills in demand of new hires — on all the plastic junk lying around after repairs are completed, Medved suggested. (One would think technicians could practice other skills — welding or refinishing for example — on other material you’d discard anyway too.)

If a representative from a company like 3M is in town, have them teach the entry-level technician something too, he said.

Or have new hires do your vehicle scans, Medved said. “These kids were born online,” he said. 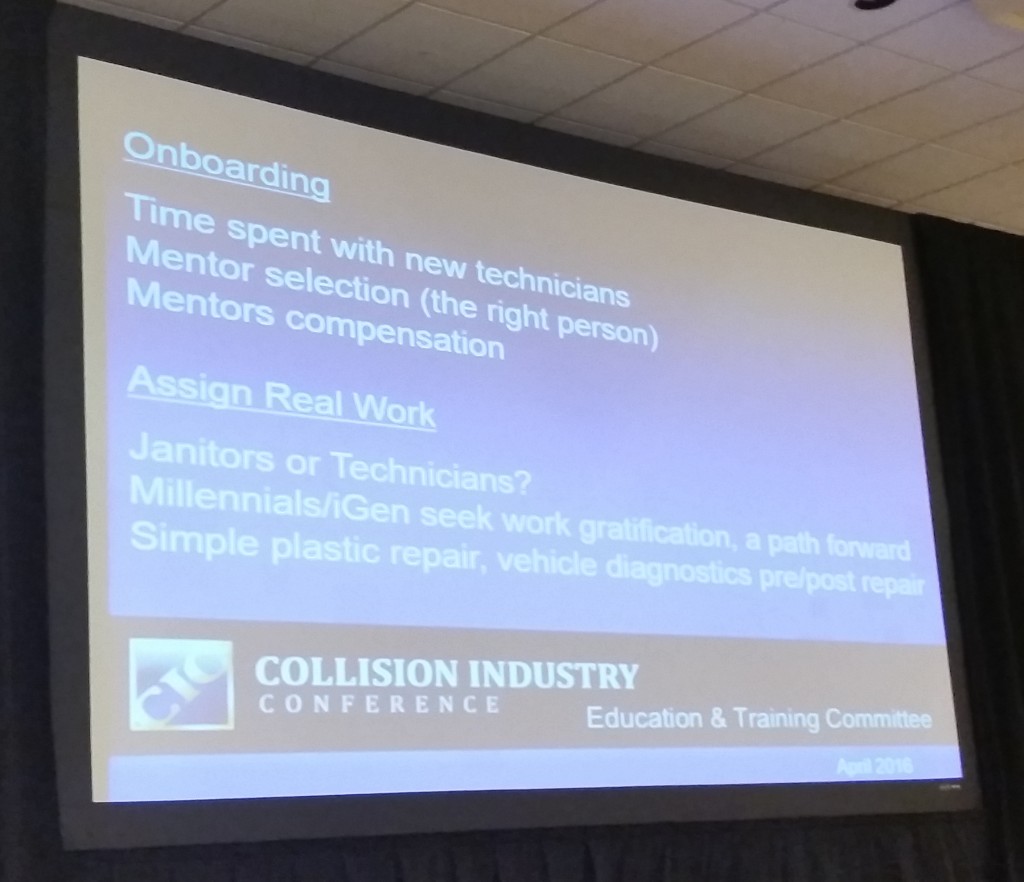 It’s also important to instill new employees with a sense of how the entire process at a business works, according to Medved. He said he used to make new hires sit next to everyone at his company, starting at the mailroom. The entire onboarding process should involve not only the logistics of the business, but the company philosophy itself, according to Medved.

Shop owners and colleagues also should understand the kind of challenges technicians face. Not all new hires will have transportation, particularly younger ones, according to Medved. He noted the irony of giving customers a courtesy van, but not new employees.

Medved also questioned the common process of forcing technicians to bring their own tools. If your shop chafes at the cost of tools (and we hear plenty of griping about that one, particularly when it comes to rivet guns) think about what the cost of technician tools means to a kid fresh out of high school or college, he said.

He noted the relative oddity of careers like collision and mechanical repair in making employees provide their own equipment. When someone is hired at an office, they’re not expected to bring a computer, Medved observed.

“That is one of the stumbling blocks,” he said, suggesting that shops stock more tools in-house for employees to use. 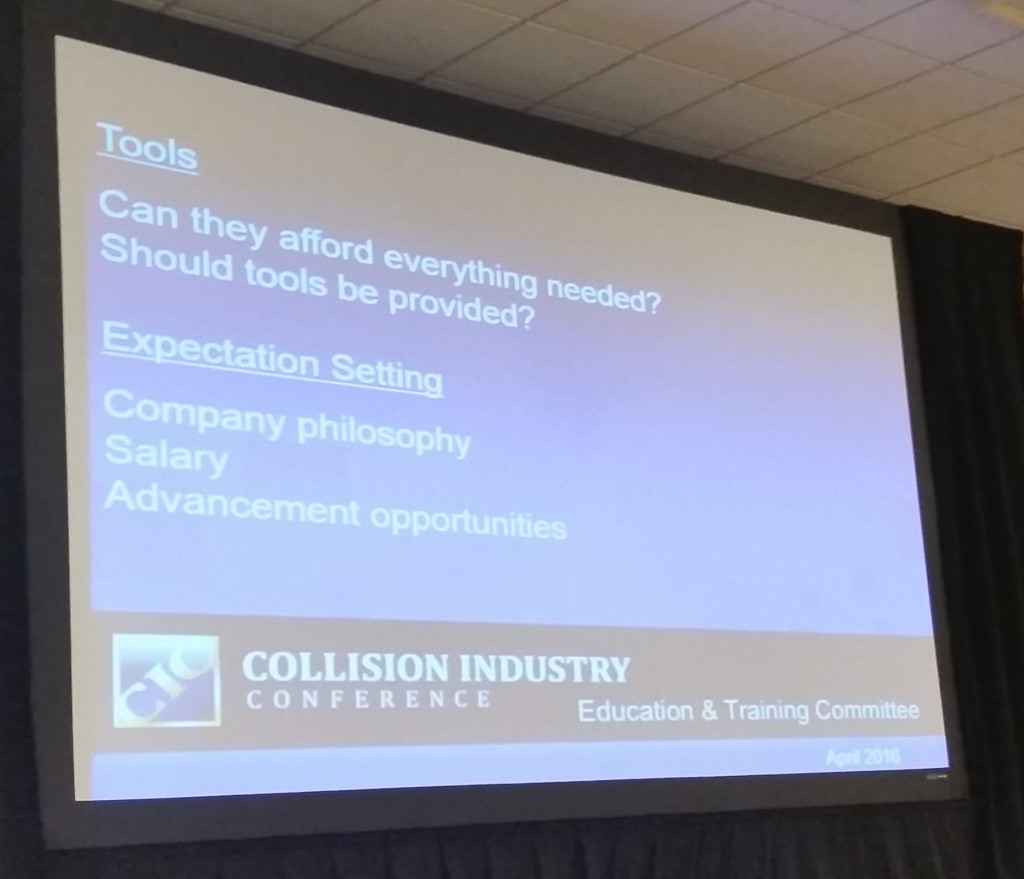 Earlier in the week, Washington Metropolitan Auto Body Association Executive Director Jordan Hendler pointed out another prospective challenge. At a Maryland meeting about education, she said she learned that 30-50 percent of all state vo-tech students have Individualized Education Programs, indicating a disability of some sort.

School can develop IEPs for a wide variety of conditions (asthma and traumatic brain injuries are both listed as examples in a 2015 state guide, which ought to give some idea of the scope) — some of which might not even factor into a technician’s duties at all, and we’re talking about all vo-tech students, not just those in collision repair classes.

Nevertheless, shops nationwide might want to consider preparing for the possibility of a technician with some sort of disability or risk missing out on a percentage of their state’s talent pool.

Developing talent is a worthwhile goal, and the old model of making a new hire a janitor and perhaps teaching them something down the road won’t work anymore, S/P2 senior account manager Bob Medved said April 21, 2016. (John Huetter/Repairer Driven News)

Staying in lower-tier work like lube, oil and filter without promotion chances can disillusion technicians, Carlisle & Co. found in 2013. (Provided by Carlisle & Co.)