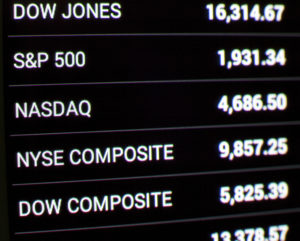 Reflecting not only its clout in an increasingly consolidating jobber market but how far the Chicago-based aftermarket supplier has come, Standard & Poor’s has added LKQ to the S&P 500 index.

LKQ replaced Airgas, which Air Liquide purchased and closed on Monday, after the end of trading Friday.

“We are honored to be part of such a prestigious Index with some of the world’s largest and most respected companies,” LKQ President and CEO Robert Wagman said in a statement Monday. “This achievement is a validation of our business model and our history of delivering consistent and profitable growth for our stockholders. It is also a tribute to the hard work and dedication of our more than 37,000 employees who helped make it happen.”

The company started in 1988 as a series of recycled parts wholesalers and has grown and bought (200 purchases) its way into Europe and into the Tier 1 OEM supplier market.

The index picks 500 companies meeting certain criteria in an attempt to represent the market as a whole, and it equals about 80 percent of the money invested in stocks in the country.

Companies must meet certain criteria, including being U.S.-based, have a market capitalization of at least $5.3 billion, have 50 percent of shares publicly traded — with an active market for it — and have come out ahead in their last quarter and over the past four quarters.

David Blitzer, chairman of the S&P Index Committee, said about 20-50 companies might meet the index criteria at any given time, and the committee looks for a good mix of sectors.

“We look at what’s happening in the index right now,” he said. However, Blitzer stressed that inclusion in the index wasn’t meant to suggest a hot stock pick, or even a analysis of the auto parts industry.

“It’s certainly not an investment recommendation,” he said, describing S&P index selection as ultimately a “much more mechanical” than subjective process.

As for the investment recommendation front, a Motley Fool writer praised the stock Tuesday.

“From the close of its first day of trading on Oct. 6, 2003, through yesterday, LKQ’s stock has returned 18% on an annualized basis,” the Fool’s Alex Dumortier wrote. “That’s more than 10 percentage points higher than the S&P 500 and the Russell 2000 small-cap indexes over the same period. …

“This is not a make-or-break condition, but when I see that smart, value-driven investors are among a company’s shareholders, it suggests to me that perhaps I’m onto something. In the case of LKQ, among the top 20 shareholders, I recognize Wedgewood Partners, Akre Capital Management, and Alain Fournier’s Pennant Capital Management.

“At 18 times the current fiscal year’s earnings-per-share estimate, I don’t think the shares are mouth-wateringly cheap, but they don’t look outrageously expensive, either (particularly relative to the broad market). I suggest investors take a look at LKQ — there’s reason to believe the company, and the stock, have the horsepower to keep motoring forward.”

For LKQ, the addition to the iconic index might prove more symbolic — it’s arrived — than a gigantic stock bump, though it can probably expect some increased investor buying — and selling.

Investors and managers can and do buy funds containing all 500 stocks, and one can even buy versions, known as exchange-traded funds, which can be bought and sold like any other stock. See this Investopedia piece for more information.

In 2013, USA Today reporter Matt Krantz dissected the issue for a reader and reported that nearly $5 trillion was linked in that fashion to the S&P 500.

“When a stock is added to the benchmark index, scores of index funds and other investments tied to the S&P 500 must buy the stock,” he wrote.

Basically, you buy the S&P 500, and you can just bet on the American economy/stock market or park your money in it without having to worry about keeping tabs on individual companies. The index also provides a “how the average stock did” for financial managers to track their performance and prove that their customers wouldn’t have been better off buying an S&P 500 equivalent like the SPY stock or throwing darts at the Wall Street Journal. (Many lose that comparison.)

For these reasons, stocks added to the S&P 500 can expect a 5 percent boost, Krantz reported then.

“Mutual funds, which manage tens of billions of dollars of investor assets, can buy small amounts of a stock over time after it is is added to the index,” he wrote. “That reduces any short-term price spike. Also, funds sometimes already own the stock if it’s in another small-cap or mid-cap index.”

A revised 2002 version of a 2001 senior thesis by Daniel Cooper, who is now a senior economist at the Fed’s Boston bank, and Amherst economics professor Geoffrey Woglom noted this result. The two men tracked companies which had been added to the S&P 500 between 1978 and 1998.

“On average, when a firm is added to the S&P 500 Index, its stock price rises on announcement, its stock returns become more volatile, and a fraction (which has been growing over time) of the announcement gains are reversed in the subsequent weeks,” they wrote. “All of these effects appear to have increased dramatically in the most recent period.”

Reflecting not only jobber consolidation but how far the Chicago-based aftermarket supplier has come, Standard & Poor’s added LKQ to the Standard & Poor’s 500 index as of the close of trading Friday. (bopav/iStock)

The Standard and Poor’s headquarters is seen in May 2014 in New York City. (mixmotive/iStock file)