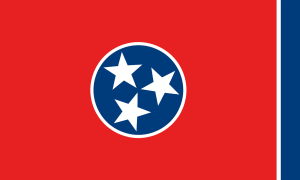 However, Brewer Body Shop et al v. State Farm et al might have a second chance at the Eleventh District Court of Appeals, to which numerous related collision repairer-insurer cases across the country have already petitioned. Last week, Mississippi and Indiana shops (and the Indiana Autobody Association) launched appeals of Presnell’s orders.

Presnell in early March already dismissed federal Sherman Antitrust Act price-fixing and boycott allegations brought by the shops against subsidiaries of the top insurers in the country, including Nos. 1-4 State Farm, GEICO, Allstate and Progressive.

He noted that parallel behavior wasn’t necessarily price-fixing — why wouldn’t insurers refuse to pay more than a competitor does? — and there wasn’t enough evidence to indicate anything more than that was happening. As for boycott, there weren’t any instances described in the lawsuit of insurers together refusing to work with a particular shop, according to Presnell — only allegations of steering, which is different, he wrote.

Presnell seemed to ignore one item supporting the shops’ position, the Tennessee shops’ attorneys argued in an unsuccessful motion to reconsider:

As it is not discussed at all, the Order appears to have also omitted consideration of the admissions of a State Farm representative that the State Farm “market rate” is merely a sham:

A State Farm employee has admitted to Plaintiff ICON that State Farm deliberately suppresses labor rates and the purported survey results in a “prevailing competitive price” is actually “whatever State Farm wants it to be.” This employee has further admitted State Farm purposefully asserts reliance upon out-of-date information, such as labor rates “about twenty years old,” entered into the “survey” long ago.

In speaking of the Louisiana Attorney General’s action against State Farm, this same employee has admitted that everything in the Complaint is true, “we do all that,” “every iota is the truth . . . . when you read [the complaint], it’s like, ‘that’s us.’”

No, Presnell wrote in his order denying reconsideration, the allegation was just too “vague,” and it and a similar piece of “‘direct evidence’ regarding Progressive were “not enough to plausibly suggest that the Defendants entered into an agreement to fix prices.”

“Nonetheless, these insurers began telling customers who identified Plaintiff ICON as the repair shop of choice the very same false assertions as did State Farm, to wit, ICON overcharges, ICON takes too long to repair cars and the consumer will have to pay for additional car rental days,” the lawsuit stated.

“In the absence of some notice by State Farm to the other insurers that Plaintiff ICON was no longer ‘protected,’ the sudden onset of steering by insurers who had no reason to engage in defamatory actions prior to the disassociation makes no sense.”

Smith had agreed with shops that three steering allegations could have met the Tennessee standard for tortious interference with business relations. As Presnell quoted them:

Bowing to Nationwide’s pressuring, (the customer) took the vehicle to (the DRP shop) but the repairs were unsatisfactory. …

Smith felt that based on the shops’ point that no insurer “actually guarantees repairs regardless of which auto body shop does the work … the statements by Nationwide and Liberty Mutual to the contrary were false,” according to Presnell.

Presnell — who supported similar hair-splitting when it came to the shops’ quantum meruit claims (more on that later) — dismissed the distinction as “insignificant.”

“As the Court interprets the italicized text, the Plaintiffs are asserting that no one can ever ‘guarantee’ anything other than his or her own work,” Presnell wrote. “This is nonsensical. While there are not many situations where someone would have an incentive to guarantee the work of some third party, there is certainly nothing to stop anyone who wishes to do so.

Regardless, the Plaintiffs allege that the Defendants require preferred shops … ‘to guarantee their own work.’ The difference between Nationwide guaranteeing a repair and Nationwide forcing the repair shop to guarantee the repair is insignificant. It is certainly not enough to render the statements made to (two of the customers) false.”

In any case, based on Presnell’s interpretation of Tennessee law, the steering was irrelevant:

“As for (the third customer), Tennessee law allows an insurer to require that an insured take his or her vehicle to a particular shop for repairs,” Presnell wrote. “As such, it was not improper for State Farm to require Espinoza to take the vehicle to (their DRP shop).”

Tennessee law states, “If the insurer owns a repairer or requires a repairer to be used, the insurer’s failure to adopt and implement reasonable standards to assure that the repairs are performed in a workmanlike manner.” Presnell points out this implies “insurers can legally require that their insureds patronize a preferred repair shop.”

Smith also felt that since the insurers were going to only approve the same amount, there was no reason to disparage a shop except “an improper motive” — another point in favor of the shops’ point.

“In addition to the false statements attributed to Nationwide, Liberty Mutual, and State Farm, Plaintiffs generally allege that Defendants would have paid the same amount for the repairs regardless of who performed them, so the only reasonable explanation for Defendants’ actions was to punish Plaintiffs, damage them, and compel them to submit to Defendants’ pricing practices,” Smith wrote. “These averments allege an improper motive.”

Presnell didn’t agree with that logic, either.

Presnell’s points raise some interesting questions for collision repairers and insurers to ponder: If insurers have the ability to send Tennessee customers wherever the insurer wants, why wouldn’t they do this immediately rather than string the consumer along with a false illusion of choice? Why entertain the idea of going to a shop the insurer claims would be bad for the customer? Is an insurer allowing a non-DRP repairer shafting a DRP shop counting on insurer referral volume? Is the ability to mandate where repairs are performed a double-edged sword since it makes Tennessee insurers responsible if DRP shops produces substandard work? And if the insurer can unilaterally pick a shop, then by Smith’s “improper motive” logic, would any of their statements about the non-DRP plaintiffs be inappropriate, unnecessary steps considering the insurer could have just cut to the chase and sent the customer to the preferred shop?

Smith cites several reasons why the quantum meruit (getting a benefit without paying for it) counts should be dismissed. These include his point from at least one other report that since the shops allegedly knew insurers weren’t going to pay what they wanted, they couldn’t take a job, give the unreimbursed benefit for free and then plead quantum meruit to obtain the reimbursement they really wanted.

That’s a logical point. More troubling is Smith’s failure to connect the dots in his declaration that he can’t see where the insurers received a benefit from the shops — only their mutual customers did. He seems to miss the point that insurers have a contractual obligation to pay a valid claim

“Plaintiffs argue that ‘Defendants are required to provide payment for repairs’ and that performing repairs ‘benefitted Defendants and Defendant’s insured/claimants.'” Smith wrote. “But, they fail to identify the ‘benefit’ they conferred on Defendants.”

Presnell agreed with Smith on this and the other points, however, and elucidated the idea somewhat snidely — and in contrast to his position on making “insignificant” distinctions for the sake of steering: