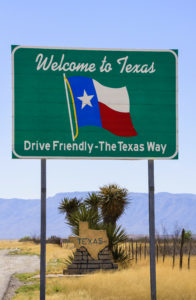 Texas Farm Bureau has proposed giving homeowners the option of receiving a discount by forfeiting their right to sue the insurer, a controversial plan which bears watching on the automotive side as well.

The Texas Department of Insurance has never seen the option offered on the personal lines side — only in commercial policies — and has called a public hearing next week to examine the idea, according to a spokesman.

Should the idea be approved, Texas Farm Bureau could offer the homeowner’s insurance option across the state, Jerry Hagins of the TDI said Wednesday.

Policyholders who took the insurer up on it would agree first to try mediation, followed by arbitration — under federal, not Texas’ arbitration law — and while appeals are possible, arbitration is usually binding, according to the American Bar Association.

Not only would a policyholder sign away their constitutional right to a jury trial, but they’d potentially also lose some free speech — neither party in the dispute would be able to talk about the arbitration unless both sides agree to that discussion.

They also agree to use Conflict Solutions of Texas to run the mediation and arbitration, but Texas Farm Bureau will pay the expenses of the company in both instances.

Other elements of a typical court proceeding are curtailed as well under the policy:

“Discovery shall be limited to the sharing of certain documents,” Texas Farm Bureau’s clause language states. “Those documents are expert reports, engineering reports, damage estimates, contents lists, photographs, repair receipts or invoices, the contents of our claim file and any independent adjusting firm’s claim file that are not privileged by law, payment logs or proof of payment by us, a copy of the insurance policy, and the contents of the underwriting file that are not privileged. Upon request, the arbitrator can expand discovery if necessary.”

While this would apply statewide, the arbitration would only occur in cities of more than 100,000, which could be a barrier for Texans in more rural parts of the second largest state. (If a customer refuses to participate in the arbitration, it happens anyway.) It also would mean that contractors or anyone else assigned the policyholder’s benefits would be subject to the same situation.

The amount of the discount is unspecified. “That’s to be determined,” Hagins said. “… We’re still reviewing the policy.”

The Texas Department of Insurance would review any rate increase (or decrease), but there’s no guarantee under the current plan the discount would remain at the proportion set when the consumer opted to trade away their right to litigation for it, Hagins confirmed. However, he noted that the policyholder could always cancel if they didn’t like the rate.

Despite the policy opening the door to any discount and any policyholder being offered the clause, Dallas Morning News consumer watchdog (and plan opponent) Dave Lieber in a June 13 column reported what scope the insurer actually planned:

Texas’ average homeowner premium was $1,837 in 2013, according to the National Association of Insurance Commissioners. (The III notes that this amount isn’t truly comparable to other states because of a different set of forms and a classification by the Texas Windstorm Association making the number “artificially high.” But for the purposes of this argument, that actually is in Texas Farm Bureau’s favor.)

Based on Lieber’s account of the discounts and the NAIC data, you’d be losing the right to sue and appeal the decision in exchange for saving $184-$459. Which, if you think about it, is actually the opposite of insurance, as in the latter, you pay more today in exchange for having better options if something goes wrong down the line.

That’s just assuming that Texas Farm Bureau keeps the discount at that level. What if they cut it to merely a 5 percent discount? Would a customer reconsider the policy? It’s still a discount, right? Besides, customers aren’t great about shopping around insurance once they’ve chosen a brand.

Texas combined auto insurance (liability, collision and comprehensive), by the way, is $1,058.60, according to the NAIC’s 2013 data (which also has a couple of caveats on Texas). So an insurer could pitch a similar case for auto insurance — waive your right to trial and get $106-$265 off a year. It sounds like a lot — until you need the litigation option.

“We feel that the current litigation environment around severe storm events has created a situation where we need to offer an arbitration alternative in some areas to preserve our ability to write insurance,” Texas Farm Bureau Executive Vice President Mike Gerik told Lieber.

But according to Hagins, Texas Farm Bureau’s homeowner’s market share was only 2 percent (their auto share is 1.88 percent). So would Texans miss them?

For those curious to learn more about the issue of mandatory arbitration clauses for consumers, the Consumer Financial Protection Bureau last year published what it felt was one of the first quantitative — rather than qualitative  — studies of mandatory arbitration in financial product contracts. Texans on both sides of the issue might want to read it. Granted, the scope generally involves companies lending to consumers — basically the opposite of insurance, where a company incurs a potential obligation to pay back a customer. But the findings are still interesting.

The CFPB found that consumers had attorneys in about 60 percent of the cases. About 42 percent of the cases either had unknown conclusions or were still in progress but dormant. About 25 percent were settled; the other 33 had a discernible decision.

Customers lost or failed to get debt forbearance the majority of the time. There were no signs that prices rose or less credit was extended once arbitration clauses were dropped. The majority of class-action lawsuits weren’t matched by public regulatory action.

Be heard: Find out how to submit comments or more about the public hearing here.

“Watchdog: Would you give up your rights for an insurance discount?”