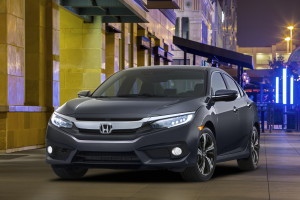 Following similar moves by FCA and Nissan, Honda on Friday mandated pre- and post-repair scans for all Hondas and Acuras involved in collisions.

In a new position statement, the OEM made its stance clear, emphasizing the mandatory nature of the procedures with bold text:

As to the asterisk, the OEM’s position statement defines a collision as “damage that exceeds minor outer panel cosmetic distortion.”

Honda collision instructional designer Chris Tobie explained that the OEM originally planned to simply mandate scans for every collision — full stop. But it felt “kind of draconian,” he said.

To be fair to customers and stakeholders like insurers, Honda allowed that some very minor damage might not need a scan, according to Tobie.

For example, he said, did a guy who scuffed his car against the front wall while pulling too far into the garage need a scan?

But — as Honda notes in the position statement — should the minor damage repair get to the point where you’re removing something from the car or disconnecting an electrical component, you need to scan the car, Tobie said.

Such examples and reiteration were included to demonstrate how little wiggle room there was, according to Tobie.

“We wanted to close all the seams,” he said.

It’s been famously observed that cars are multiple computers on wheels, and they must be treated as such by shops. This need will only grow; for example, a few hundred bucks will buy the advanced driver assistance system Honda Sensing option on the 2016 Civic.

For $20,440, you’ll get a car with autobraking, automatic lane- and road-keeping and adaptive cruise control.

“Honda and Acura vehicles include numerous electronic control systems, including those that operate safety and driver assist systems,” Honda wrote. “Most of these systems include onboard self-diagnostics that monitor the state of health and/or rationality of input and output circuits. When monitored circuit values fall outside predetermined thresholds, DTCs may be set in one or more electronic control unit (ECU).”

Honda also repeatedly stresses to head-in-the-sand shops and insurers that the dashboard lights do not indicate every trouble code — nor could they given the sheer number of DTCs.

“Dashboard indicators are intended for driver notification, not vehicle diagnostics,” Honda wrote. “… Therefore, the presence or absence of dashboard indicators/warning lights is not an acceptable method to determine if post collision diagnostic scans are necessary.”

Honda “recommended” the i-HDS software, which conveniently comes with an “All DTC Check” feature that scans everything at once. (Emphasis Honda’s.)

The OEM wrote that it couldn’t comment on if any third-party scan tools worked well or not.

Even i-HDS can’t scan everything, and Honda wrote that shops must also use the diagnostic procedures found on the Honda ServiceExpress site (techinfo.honda.com) to scan Honda LaneWatch or the self-contained diagnostics on older-model A/C and climate control systems. Honda position statement on scans, calibration for Hondas and Acuras