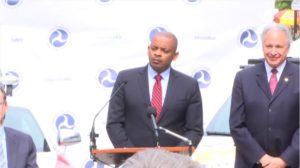 Collision and mechanical repairers might face greater scrutiny from state and federal agencies once increasingly autonomous vehicles hit the road, based on some passages in the Department of Transportation’s first policy on self-driving cars.

Currently, there’s little attention to these aftermarket factors at the federal level. While the NTSB and authorities investigate factors including maintenance, on air, bus, commercial truck and train crashes, neither it nor other national agencies examine automotive crashes to the same degree — even though that’s overwhelmingly the mode of transportation killing Americans.

However, the NHTSA has begun to examine the role of vehicle maintenance and conditions as one potential crash factor with its National Motor Vehicle Crash Causation Survey restarted in 2005. This appears to be primarily limited to details available at the immediate scene; i.e. no one’s probably doing a teardown or the kind of post-repair inspections that have received more attention lately in the collision repair industry. But it’s still more causation research than the feds had done for the past 30 years, and it also appears to be the source of the “94 percent of crashes are caused by human error” stat frequently trumpeted in the self-driving car debate. (Vehicle conditions were a primary cause of about 2 percent of crashes.)

In August, the chief economist for the National Auto Dealers Association argued in a new Automotive News video and article that some sort of service and maintenance interval requirement must exist for autonomous cars.

“Boeing and Airbus certify their mechanics,” Steven Szakaly said on the Automotive News video. “… if you look at the companies, Caterpillar and Komatsu, that are building these heavy-duty, self-driving mining trucks … they also certify their mechanics, and they require that only certain individuals actually fix and repair these vehicles, because they want the reliability and the consistency there.”

The policy announced Tuesday, which includes a model for states seeking guidelines, seems to raise similar points. Below are some highlights.

“Manufacturers and other entities should have a documented process for the assessment, testing, and validation of how their HAV (highly automated vehicle) is reinstated into service after being involved in a crash. If sensors or critical safety control systems are damaged, the vehicle should not be allowed to operate in HAV mode. When problems are diagnosed, the HAV should be maintained in a minimal risk condition until properly serviced.”

The policy describes ensuring such “Post-Crash Protection” for vehicles with Level 2 SAE autonomy, which the DOT describes any car “that can provide sustained lateral and longitudinal control simultaneously.” (Ironically, the DOT isn’t using the similar autonomy categories from its subsidiary NHTSA, but Level 2 means about the same thing in each taxonomy.)

Tesla’s just-updated Autopilot is SAE Level 2, or perhaps even 2.5. Other luxury OEMs are producing the same level of autonomy; see our coverage of the Cadillac CT6 Super Cruise, Mercedes’ E Class or Volvo’s test XC90s/Uber cars.

“Additionally, guidance provided in the areas ‘Registration and Certification,’ ‘Post-Crash Behavior,’ and “Ethical Considerations” also applies to those automated vehicle systems that can provide sustained lateral and longitudinal control simultaneously (systems that would be classified as SAE Level 2),” the DOT wrote.

The feds are thinking about poor maintenance, and hope states will too…

“NHTSA also hopes to partner with the States to identify and mitigate other human behavior issues such as misuse and inadequate maintenance of HAVs.”

..But while the NHTSA will regulate equipment, states still run insurance, registration and inspections…

“NHTSA believes that eventually there should be a consistent set of laws and regulations governing the testing and operation of HAVs. In such an approach NHTSA generally would regulate motor vehicles and motor vehicle equipment (including computer hardware and software that perform functions formerly performed by a human driver) Federal Automated Vehicles Policy and the States would continue to regulate human drivers, vehicle registration, traffic laws, regulations and enforcement, insurance, and liability. As discussed above, States also may wish to regulate HAV ‘drivers’ (the autonomous cars) for the limited purpose of enforcement of traffic laws with respect to vehicles with L3-L5 automation. This model framework envisions State regulation of the procedures and requirements for granting permission to vehicle manufacturers and owners to test and operate vehicles within a State.”

“In order to make the transition from human-driven motor vehicles equipped with automated safety technologies to fully automated
vehicles, gaps in current regulations should be identified and addressed by the States (with the assistance of NHTSA). Some examples …

Dealerships and customers should be educated about the technology.

“Proper education and training is imperative to ensure safe deployment of automated vehicles. Therefore, manufacturers and other entities should develop, document, and maintain employee, dealer, distributor, and consumer education and training programs to address the anticipated differences in the use and operation of HAVs from those of the conventional vehicles that the public owns and operates today. Such programs should be designed to provide the target users the necessary level of understanding to use these technologies properly, efficiently, and in the safest manner possible.

“Entities should ensure that their staff, including but not limited to their marketing and sales forces, understand the technology and can educate and train dealers, distributors and end consumers.

“Consumer education should cover topics such as an HAV system’s intent, operational parameters, capabilities and limitations, engagement/disengagement methods, HMI, emergency fall back scenarios, operational boundary responsibilities, and potential mechanisms that could change function behavior in service.”

Nothing about non-dealership collision and mechanical service and repair facilities. But the suggestion that consumers be better briefed on “potential mechanisms that could change function behavior in service” is interesting. Automakers in the past couple of years have drawn attention to how collision repairs and non-new-OEM parts can affect customer vehicles, and the feds seem to imply the manufacturers should do more of this.

Taking something out of federal compliance is bad.

“NHTSA does not expressly regulate motor vehicle (or motor vehicle equipment) performance in-use, after first sale, but because NHTSA’s standards apply to the vehicle or equipment when first manufactured, and because taking a vehicle or piece of equipment out of compliance with an applicable standard can be a violation of the Safety Act, the influence of NHTSA’s FMVSS extends through the life of the vehicle even if NHTSA is not directly regulating it.”

That’s from a footnote rather than the body of the policy, and it’s not new information. But we though we’d repeat it because it is an important reminder for the aftermarket. And if it’s bad to take a “dumb’ vehicle out of compliance, think about what it would mean to take a partially or completely self-driving car out of compliance.

Most of the document is in effect now, but the DOT expects to refine and build upon it every year, and it wants to know what you think about the policy.

Those interested can leave comments over the next two months. Find out how to do so here and here and on the policy’s official webpage.

Department of Transportation via NHTSA, Sept. 20, 2016

Featured image: In a move that ought to provide direction for states and manufacturers on the hot but controversial technology, the Department of Transportation on Tuesday announced its first crack at a federal policy for self-driving cars. (Screenshot from NHTSA video on YouTube)