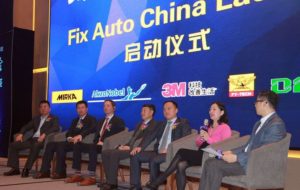 Fix Auto’s quest for collision repair global dominance continued Thursday with the announcement that the franchisor had launched a 78-shop Fix Auto China, “with momentum building and new locations being added regularly.”

“This marks the 8th country in which Fix Auto now operates, cementing its position as the leading global collision repair brand,” Fix Auto China wrote in a news release Thursday.

Fix Auto was No. 10 in the U.S. and Canada’s No. 3 auto body business in 2015, the Romans Group recently estimated, and the franchise’s expansion into multiple other countries — it also entered Australia and South Africa this year — makes for an interesting competitor amid the American market’s rapid consolidation.

Fix Auto World had 540 locations internationally as of Thursday, including in Turkey, France, South Africa and the United Kingdom.

“I want us to be the next big Canadian franchise chain after Tim Hortons,” CEO Steve Leal famously told Canadian Business in May. “I know that sounds aggressive, but I am an aggressive guy.”

Its reach internationally could make for some attractive economies of scale and negotiating power with global suppliers — which in turn would have repercussions for its U.S. operations.

However, collision repair financial and consolidation analyst Brad Mewes of Supplement was dubious that Fix Auto World’s global reach would have immediate ramifications in the U.S. on negotiations with insurers or suppliers.

While some insurers are quite large globally, the dominant U.S. auto carriers’ reach generally remains contained within America, he pointed out. As for suppliers, scale could eventually help — “all the manufacturers are global paint manufacturers,” for example —  but for now purchasing power negotiations are more “regional, it’s country-specific.”

China’s population size and economic development makes it a hot market for basically every company right now, and the number of auto body shops there must seem like an untapped exposed gold vein to a consolidator.

“China’s collision repair space is massive in numbers as well as in opportunity,” Leal said in a statement Thursday. “With over 460,000 repair shops nationwide and a growing understanding of the importance supply chain and direct repair programs, the Chinese market is ready for the Fix Auto model. We are excited to welcome Fix Auto China to our global family and wish them much success.” 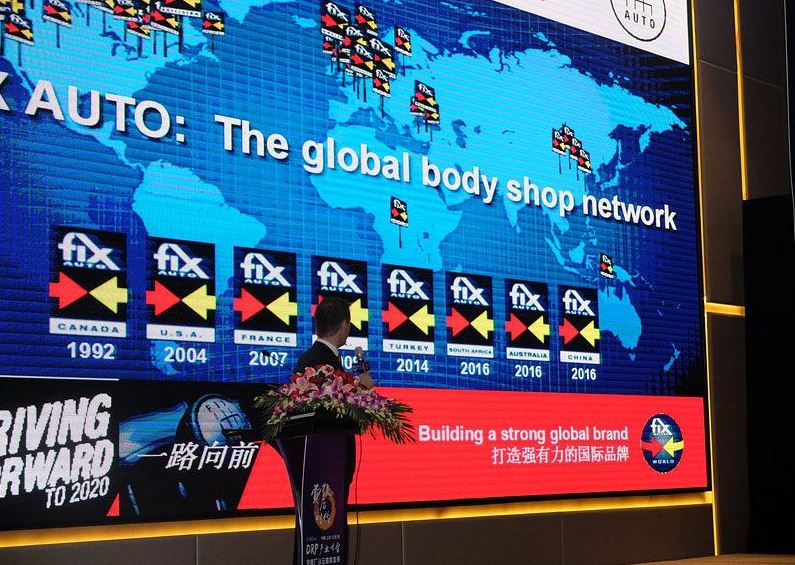 The Chinese car parc is aging and the used-car market is growing, but there is currently no sophisticated infrastructure in place to service and repair these aging vehicles. China lacks sophisticated distribution networks for auto parts, as well as standards for cataloging and parts identification. There is also no organized consumer education effort, and there is very little preventative maintenance that is performed on cars in China. AAIA members can play a large role in helping overcome these challenges. Many large Chinese investors want to duplicate the U.S. auto care industry model and are looking for U.S. joint venture partners. There is also a large market for imports and American products are generally highly regarded in China.

“We are very excited to bring Fix Auto’s operational model and global brand to China,” Liu said in a statement. “Our market is ready to embrace change, and Fix Auto brings the innovation and structure we need to become market leaders in a fast-changing environment.”