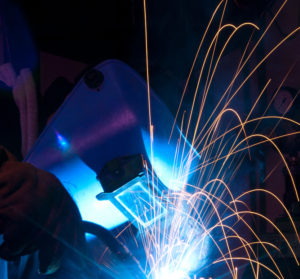 The cutoff for MAG plug welding Honda vehicles will typically be 980 MPa, but Honda this summer reported it’d allow the procedure in rare circumstances for 1,500 MPa steels.

“Forever and ever, since we started with 1,500 MPa hot-stamped steel … we’ve said, ‘Do not MAG-weld on this steel. It’s bad,'” Honda collision instructional designer Chris Tobie told a Guild21 call Thursday. (See slides.) “Well, the only thing constant is change.”

This particular change came after further testing by Honda in Japan found a few conditions where it’d be OK. Honda typically develops repair procedures, then refines them through additional research, he explained.

But the procedure won’t be a common one, according to Tobie, and the change won’t apply for any existing models — only future ones.

Unlike other repair procedures described in the August Body Repair News announcing the change, the 1,500 MPa MAG plug welding instructions aren’t intended to be general ground rules to follow during circumstances where no specific body repair procedures exist, according to Tobie. Any 1,500 MPa welding not spelled out precisely in a body manual remains forbidden.

“This is only for certain models, in select locations, as specified in the body repair manual,” Tobie said. “If it doesn’t say do it, don’t do it.”

Welding instructions must be followed to the letter in whatever body repair manual is being accessed, but Tobie gave some context into what those instructions might look like.

Repairers will plug-weld a larger, 10 mm hole rather than the typical 8 mm circle used in MAG plug welding, Tobie said. (Lightweighting left flanges too small to accommodate two 8 mm holes, leading Honda to develop the 10 mm instruction, he said.) They must use 980-megapascal (142 ksi) Bosch or Bohler welding wire from one of Honda’s designated retailers.

They should also remember that Honda generally requires repairers to MAG plug-weld in a spiral pattern which starts on the outer edge and travels inward, Tobie said. That might be the opposite of how some repairers had been taught — including himself, Tobie said.

Farzam Afshar, CEO of Guild21 host VeriFacts, asked why the welding path was reversed. Tobie said that while he couldn’t explain it at the detail of an engineer or metallurgist, Honda’s Japan-based experts had advised that the outside-in pattern allows both sheets of metal to reach the same temperature.

Starting on the inside and moving outward doesn’t leave the outside hot enough, and the entire MAG plug-weld joint is weaker and “fails at too low a tensile,” Tobie said.

Featured image: Proper MAG plug welding can involve starting in the outside of a spiral and moving in. (gordonsaunders/iStock)