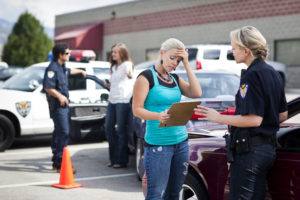 The Roanoke Times has been reporting about the new Virginia collision repair reporting centers, an 18-month pilot concept imported from Canada with the potential to affect the auto body and towing industries in the state — or the country, if the idea catches on further.

According to the newspaper, the idea is to have residents report collisions at an insurance-funded facility rather than have the vehicle or vehicles involved tie up traffic and police time on the side of the road.

In Canada, drivers consistently take themselves to a center on their own accord, the Times reported. But for now in the Virginia program, Roanoke-area police will still show up to a collision and tell any motorists with driveable vehicles to take them to the center, according to the newspaper. The center will then handle the rest of the incident writeup, the Times reported.

On Dec. 20, the newspaper covered concerns from towing companies that customers would also eventually be forced to tow a nondriveable vehicle to a collision reporting center nowhere near their body shop of choice.

Curious about the potential impact of the insurer-funded program upon local collision repairers, we asked John Norris, executive director of the Canadian Collision Industry Information Assistance trade group. He offered an extensive take on the idea, and Virginia repairers, towers, insurers, consumers and officials might want to give it a read. We’ve reprinted it below with minor edits. 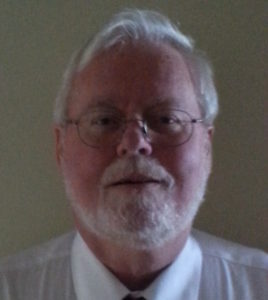 The original CRC idea started in Toronto in the late 1990s and had two perceived functions. One was to eliminate or reduce “chasing.” This is where tow trucks would show up at accident scenes, grab a car and charge ridiculously inflated prices and aggressive tactics to build a much higher repair invoice, often through fraud, at a body shop that would pay them kickbacks. Second was the police wanted to save money and time, by not having to attend the accident scenes for minor collisions.

Hence the CRCs (Collision Reporting Centres) were born. Buildings were obtained (sometimes this was a police station) and both police and the CRC staff were housed. Insurers had staff within the building. Police did not pay to be there. Insurers paid for the costs through fees charged by the CRC private company for vehicle damage reports. It looked like a police station but was not. Tow trucks would wait on the road outside to try and convince drivers that left the CRC that their car was undriveable and they should use their services.

The by-laws were changed to obligate consumers to bring their damaged cars to the CRC and once checked, and a report filed, the consumer’s car was affixed a sticker advising the insurance estimator or shop that the car had been to the CRC and reported the accident.

This process sounds like an ideal accident reporting process that everyone would like; however, there were challenges. For instance:

* Consumers thought that they must report their accident to the CRCs, who actually represent their insurer. Drivers were only legally required to notify police if damage was over a certain dollar threshold. Consumers could demand that the CRCs not transfer any data on them to the insurer. With the highest insurance premiums in North America, many did not want their premiums to increase after a reported collision and did not want to advise their insurer. This was not told to the consumers/drivers at the CRC.

* Tow operators would bring cars into the centre and not leave them. (They wanted to continue to tow the car to the shop of the tower’s choice and influence the shop choice, because of kickbacks paid from the shop to the tow operator.) That occasionally got ugly, and towers were then banned from entering the building.

That had to change, so we were able to ban shop repair recommendations from being made at the CRC and instead replace that with a list of accredited repair facilities in Metro that met standards and must be given to each customer. 220 shops were accredited for that list. The City of Toronto handled the shop inspections and accreditation with industry input. Regrettably, shops failed to capitalize on marketing that they were now an accredited shop in Metro.

Some insurers were not happy with only being able to use accredited shops and not their DRP shops, feeling their rights were violated, and a number of them sued the City in court and lost. Subsequently the City advised that they charged or ticketed the CRC more than once because they did not give out the list of accredited shops. Some tow firms would work with insurers that were not present at the CRC to by-pass the sticker program, saving insurers the reporting fee.

Insurers at the CRC then realized that instead of compliance violation of recommending repair facilities, they could recommend DRP “estimating” facilities and get around the fairness regulations, and they tried that for a while.

We recognized that tow operators would lose storage fees, and new tow pricing was regulated. Towing into the CRC was price-capped, but tow-out was not, so abuse continued at some locations.

The Metro regulations were predicated on the fact that provincial controls called CISCO or Collision Repair Standards Act would be implemented soon thereafter. They were not.

So little has changed over the years. As industry became more banner and MSO-oriented, interest in the CRC issues waned. The CRCs are expanding to other locations and finally into the U.S in Virginia.

If handled properly and the collision repair industry is involved in setting parameters of operation, then they will provide value. If no input from industry occurs, you will end up with a DRP referral source that all damaged vehicles MUST use, with tow operators locked out of some tows and storage.

Consumer abuse can still be high without good control regulations, and shops not on DRP programs will, despite how professional and well-equipped and well-trained they may be, find their volumes of repairable vehicles cut dramatically as cars are sent directly from the CRC to the insurer’s DRP shops, which may or may not be qualified to do a professional accurate repair.

Ask yourself this — should a publicly funded organization, like police, be allowed to agree that recommendations/referrals made in their building in Virginia be only to specific shops that pay often a referral fee or kick-back fee to the insurers in that building that make the recommendation/referral for repair? Is that good, fair, public policy? Is that equitable to all taxpaying local repair facilities? If the answer is no, then you have an obligation and opportunity right here at the beginning of the U.S. program to fix it.