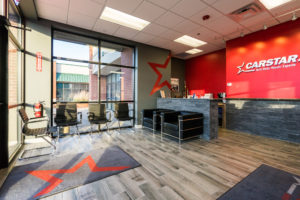 CARSTAR’s top insurance executive said carriers have over the past year shifted from traditional DRP partnerships to performance-based agreements, a system which carries risks and rewards for participating MSOs.

Johnson said the majority of carriers seemed to be “at a minimum, experimenting with this in some form,” something that wasn’t the case a year ago.

He estimated CARSTAR was at the beginning of that trend. “There’s a lot more agreements left to be had,” he said.

Under a traditional DRP, a shop failing to meet certain targets developed by an insurer at worst faced having the carrier “ghost them” with fewer referrals, or ultimately drop the repairer from the program. A higher-performing shop might receive a greater share of insurance referrals.

Under a performance-based agreement, a partner collision repair operator also might have to pay the insurer a monetary penalty if it fails to achieve certain goals — but the shop receives extra credit for surpassing those metrics, according to Johnson. For example, beat one KPI target, and earn credit which be saved for a rainy KPI day or immediately offset being short in another metric, Johnson said. Also, higher-performing companies might win more referral volume.

It’s kind of like an individual shop reimbursing for rental days after missing a delivery date, but on a companywide scale, according to Johnson. CARSTAR as a whole is judged based on its aggregate shop data.

“While it could cost any system to participate there, I think our system appreciates the opportunity to gain more business and earn it through performance,” he said.

Each carrier has their own “secret sauce, if you will” of KPIs codified into performance-based agreements, Johnson said.

Johnson said length of rental and customer satisfaction scores tended to be the most widely used key performance indicators in the performance-based agreements.

Should CARSTAR corporate pay a penalty for missing performance-based targets, the company doesn’t turn around and bill its individual franchisees which missed their marks, Johnson said. (Nor does it pass on the rewards to those which surpassed targets and contributed to corporate beating its goals, he said.)

“We’re not at a place where that happens,” he said. “We are very much an ‘all for one, one for all’ network.”

However, he said CARSTAR would “appreciate a world” with those kind of store-level targets, and such a system was already in place under the Canadian collision repair model.

CARSTAR has built up a robust central data clearinghouse, and individual shops can see how they rank in comparison to hundreds of peers. (CARSTAR is about to celebrate Shop 500 opening in Ohio.) That allows peer pressure and collaboration to help bring some of the lower-performing shops up to the level of their colleagues.

Featured image: The lobby of a CARSTAR shop is shown. (Provided by CARSTAR)