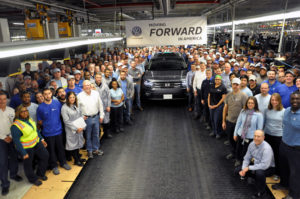 Shops encountering the “you shouldn’t charge for that; that’s just the cost of doing business” argument can point to a new NBC News article examining how the OEMs bake their costs into the price of a new car.

According to the network, here’s how the cost of the car breaks down for an OEM:

Parts and components: 60-65 percent, according to NBC News.

Labor and the factory: “Labor is nowhere near the most expensive part of building a car,” NBC News wrote. “Add in all factory costs, including the $1 billion price tag for the plant itself, and you’re looking at roughly 10 to 15 percent of that vehicle’s $35,000 sticker price, according to several senior industry executives.”

R&D, design and engineering: 10 percent, though this is “somewhat fluid” depending on if the car is completely new, in a generational cycle or next generation, according to NBC News.

Profit: “10 percent, though only a handful of companies come close,” NBC News wrote. “That would work out to roughly $3,500 of that new vehicle.”

Everything else: “What’s left (in the price) covers a variety of general sales and administrative costs, a broad catch-all covering everything from overhead to marketing and incentives, as well as the interest a manufacturer must pay on its debt.”

The dealership also bakes in all their costs into the price when they in turn sell it to the customer, though this is nearly a loss-leader, according to NBC News: “With some brands, it can be less than $100 a vehicle.” Read more here on NBC News. It’s a fascinating look at the auto industry and an example of how a sector arrives at its pricing. (And while the story references President Trump, it’s barely about the controversial chief executive. So both political sides can put their knives away, relax and enjoy the article for the business story it actually is.)

Think about comparisions to your own business and make sure your prices adequately reflect your own costs. For example:

Parts and components: This one is pretty obvious, but don’t forget you’re also buying components like clips, etc. We guarantee the OEMs aren’t. Take a look at this prospectus from Munro & Associates, a research company which tears down OEMs’ cars for competitors. It calculated the cost of a BMW i3 down to $0.004 small passive components in the circuit board. Yes, four-tenths of a penny.

Labor and the factory: This one is also pretty obvious. It’s all your equipment and capital expenses of keeping the lights on. Just as the Center for Automotive Research explained to NBC News that a Ford F-150 can have more than 20,000 variations, the number of separate vehicles and options packages a shop is equipped to handle will dictate how much needs to be spent on equipment, extra space (like an aluminum work area), etc.

Everything else: Marketing and managing an online presence certainly matters, even if you’re getting an assist from a DRP or OEM network. Also any administrative time dealing with customers and insurers — sometimes in court — or showing up to lobby during a legislative session.

To give a little extra context into repair bill breakdowns from your peers: CCC put the broad category of “parts” at at 40.1 percent of a total repairable appraisal in 2015, and “labor” at 41 percent, though it also produced the more detailed chart below. Mitchell, which tracks data quarterly, most recently had “part” and “labor” costs alternating between around 43 percent and 45 percent of all appraisals in Q1 and Q3 2016, with “paint material” around 10 percent both quarters.

“As Trump Stresses Manufacturing Jobs, How Important Are Labor Costs for Automakers?”

Volkswagen’s Chattanooga, Tenn., plant poses to mark the start of production on the 2018 Volkswagen Atlas. (Provided by Volkswagen)

Employees in March 2016 celebrate the 2 millionth Kia built in the U.S. (a 2016 Sorento SXL) at the company’s Georgia plant. (Provided by Kia)

CCC released data in 2016 showing how the cost of a repairable car broke down for the collision repair industry. (Provided by CCC)