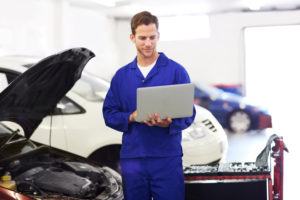 Following a summit with top-level executives representing nearly all multi-shop auto body businesses, CIECA Executive Director Fred Iantorno announced Thursday plans for CIECA to “Create a process to certify, document and seamlessly integrate across multiple systems the proper repairs were completed on a repaired vehicle in an ever increasing and highly complex vehicle substrate construction.”

Iantorno said collision repair technicians have greater access to information on the shop floor than they did five years ago, particularly at businesses with dedicated IT staff.

That’s crucial, he said, for “the repair procedures are more real-time today.”

It’s not simply enough to have checked repair procedures six months ago, he said; a technician needs to “re-pull up the latest information.” CIECA plans on working on a method of logging that they are.

Iantorno said CIECA would help facilitate a means where someone could audit a repair order and conclude, “Yeah, they pulled it up.” It would need to work with others to determine what this documentation would entail, such as a login time.

The problem lies with the OEMs, according to Iantorno. Each OEM has their own way of registering repair procedure access when techs use their subscription-based sites, and “we have to accommodate that.”

That’s not insurmountable for CIECA, but the organization needs to know what each OEM is doing so it can develop a standard to accommodate it all and disseminate that documentation that a repairer checked the manual.

“There’s some activities going on right now” to encourage that, Iantorno said, pointing to CIECA’s relationship with the Standards for Technology in Automotive Retail (STAR). “That’s the OEs and the dealers,” he said.

But “quite frankly, the OEs are pushing back,” he said.

Some of it can be attributed to the old competitive habits, according to Iantorno. “OEM X doesn’t want to tell OEM Y what it’s doing,” he said. But some OEMs are going to want to audit repair usage anyway as they develop auto body networks, it seemed to us. FCA is already doing exactly what CIECA describes, verifying that its certified collision repairers are checking repair procedures.

“It’s changing,” Iantorno said of the auto industry when we pointed out the FCA example. He estimated that about two-thirds of an OEM’s workforce is the “old hard-liners.” The other third is more open to newer ideas like collaboration.

CIECA’s standard wouldn’t likely go beyond a means of logging on a repair order that a technician checked repair procedures, according to Iantorno.

Short of a situation where a technician was videotaped and the footage checked, there was no way to ensure the technician actually performed the work according to the instructions, Iantorno argued.

But most people genuinely want to do a good job, Iantorno said. After they accessed repair procedures, they’d read and follow them, he predicted.

There might be some bad apples who try to game the system by logging on and off, paying no attention to the actual text of the instructions, but that kind of deception isn’t sustainable, according to Iantorno.

“Something’s not going to work, and they’re going to catch this guy,” he said.

Iantorno said CIECA was open to talking to any stakeholders about this repair procedure tracking — not just the OEMs, but also entities like ALLDATA.

“Whoever steps up to the table, participates,” Iantorno said. “… We’re not going to stop progress because one company doesn’t want to participate.”

CIECA also set a goal of improving “the integration of highly secure CIECA BMS standards among communication partners in information exchange to protect out customers and businesses in the world of data breaches and cyber warfare” following its MSO forum.

“The world is hacking each other,” Iantorno said.

Iantorno said there’s more that CIECA could do with off-the-shelf cybersecurity software (the Business Message Suite data standard is more amenable to off-the-shelf encryption than the older Estimate Management Standard), but the trick was to protect BMS data on the variety of architectures used by the more IT-complex insurers and MSOs.

For example, some have mainframes, some have servers; some use Microsoft, others Linux, he said. CIECA can’t just say “Here’s the product,” he said.

“CIECA is Moving the Industry Forward”