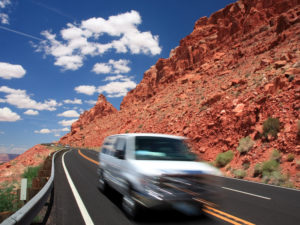 The Associated Press reported Monday that a bill which would remove a requirement that insurers offer zero-deductible glass coverage seems to have died in the Legislature.

“I am not reviving the zero-deductible auto glass, and I am not going to strike it onto another bill,” Fann told the Associated Press. “I can tell you we still have a huge fraud issue that needs to be addressed.”

Senate Bill 1169 has been sitting, held, for days in the Senate Transit Committee.

The Associated Press reported that the zero-deductible policy — which is optional and carries a higher premium — dates back decades, apparently at least to 1996. Heat and rocks make the state’s glass more casualty-prone, the wire service reported.

“Insurance companies say zero-deductible glass replacement has led to widespread overutilization and even fraud,” the AP summarized. “Glass companies say losing the coverage would mean drivers go without repairing a critical safety item, and they welcome efforts to prosecute anytime fraud is found.”

A. Any insurer writing private passenger automobile insurance which includes comprehensive coverage for motor vehicle damage shall provide at the option of the insured complete coverage for the repair or replacement of all damaged safety equipment without regard to any deductible.

B. As used in this section, “safety equipment” means the glass used in the windshield, doors and windows and the glass, plastic or other material used in the lights of a motor vehicle.

Senate Bill 1169 rewrites and flips this language around, removing the mandate of a zero-deductible option and instead stressing their right to sell insurance with various deductibles. It would have taken effect Jan. 1, 2019.

Lobbyists lined up on predictable lines, according to the Arizona Legislature.

Opposing the bill were the Arizona Police Association and Safety Glass Association of Arizona.

Other Arizonans also were on record as supporting and opposing the bill. Among them was Kerry Soat, CEO of glass company Fas-Break, who posted his opposition to the bill on his business’ website.

In the letter, he raises the prospect that a customer with a glass deductible will forego a necessary calibration and cause an advanced driver assistance system to be thrown off. (Cameras for autobraking and adaptive cruise control are often located behind the windshield, leading to glass companies pairing calibration with windshield work — as dictated by the OEMs and other experts.)

Now the insurance company side will tell you this change will leave it in the hands of competition on the street to decide whether it’s offered or not. I would hope to agree with them and Colorado stands as an example but unfortunately, this bill takes away the Consumer’s “guarantee” of an offering for “zero deductible on Auto Glass” by any insurance company in the state of Arizona if this change passes.

We see Auto Glass costs rising dramatically in the future due to the electronics being placed in and on the windshields, hence the insurance companies need to eliminate the “zero deductibles”. There are cars now that can’t be driven once the windshield has been replaced until it is “recalibrated”. The tools to do the calibrations run $10,000 to $20,000 so the costs of putting a vehicle back on the road safely will continue to climb.

Insurance companies mitigate risk and by replacing “shall” with “may” in the law gives them the right to get out of the Auto Glass coverage if “they want to”. How many families would be faced to choose between the house payment and the safety of their family by replacing a broken unsafe windshield? …

Insurance companies are claiming an “over utilization” of claims in Arizona. This is merely a description of damage. Arizona has lots of stone damage, so yes, Arizona has lots of Glass Claims when compared to other states. Glass companies will still replace broken windshields and insurance companies will still pay for them based on whatever deductible they want to sell or not sell, the Consumers lose their right to choose a “zero deductible”. The answers already exist to address “over utilization”.

If claims are an issue, raise premiums. If fraud is an issue, raise enforcement. We already have an AZ Auto Glass Fraud Law to address any existing issues. (Emphasis Soat’s; underlined in the original.)

Be heard: Arizona legislator contact info can be found here.

Arizona windshields can be prone to damage from rocks. (nikitsin/iStock)