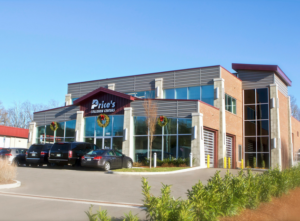 The chief operations officer of a large Tennessee collision repair chain said a bill requiring customers to be notified of aftermarket parts might help get OEM parts on damaged vehicles, but argued collision repairers would have to take their own in-house action to produce any real change.

Tennessee Senate Bill 768 and House Bill 1098 are sitting in committees in their respective legislative branches. The bills declare that all estimates must identify aftermarket parts and in at least 10-point type state: “This estimate has been prepared based on the use of one or more crash parts supplied by a source other than the manufacturer of your motor vehicle. Warranties applicable to these replacement parts are provided by the parts manufacturer or distributor rather than by the manufacturer of your vehicle.”

Price’s Collision Centers COO Rick Flores, whose company makes new OEM parts a priority, said that “anything that helps” the industry on this front would be welcome. “That’s just one piece of ammunition,” he said of the legislation.

But he questioned that even if the law requires facilities to disclose parts used, “Are they really doing it?”

“If there’s nobody watching over it. … It’ll never work,” he said.

It’s unclear what penalties would hit the producer of an estimate who failed to comply; the bill doesn’t specify any. However, other elements of Tennessee Code might apply in terms of penalty, state oversight and private rights of action to sue a shop or insurer for omissions.

Price’s has put a lot of time and money into teaching customers about repairs, and Flores recommended shops follow suit if they really want to change the industry.

“It’s really up to us,” Flores said of the collision repair industry, and our interview suggested ways other shops could heed this call.

Flores said Price’s has also worked to bring more OEMs into the conversation (He particularly cited Nissan, which has a major manufacturing center in the area.), instructing them that if they want cars fixed correctly, “here’s what you’re going to have to do.”

“They’ve conditioned the market for so long,” he said of insurers, calling it the “only reason” why carriers have such power. Unless OEMs make a stand as well, “it’ll never change.”

On the shop end, Flores said Price’s plays “some smashmouth” with insurers and has trained staff to educate consumers about their rights. It also helps “find a way to find” OEM parts for customers.

Price’s has a strong relationship with local dealerships because of its parts spend and because its work reflects well on dealerships that refer collision customers there, according to Flores. (One dealership even sends customers to Price’s instead of its own body shop.) He said that because of the wholesale parts volume Price’s provides, the collision repairer can generally secure price-matching or at least share the cost of it.

Flores called Price’s end of the price-match “a cost of doing business.” Telling a customer of your work to get them OEM parts brings them into your corner, and Price’s asks that they “spread the word” in return.

“Mouth to mouth beats any kind of paid advertising,” Flores said. “… We do that and it’s very effective for us.”

And sometimes, a shop simply doesn’t have to fight that hard for OEM parts — just ask for them.

Some of Price’s rural markets have so little insurance staffing and consolidator penetration that carriers don’t quibble over all OEM parts — having an adjuster there to battle a shop isn’t cost-effective.

“They’re not going to fight you for it,” he said.

Finally, Price’s targets a different type of customer. He said his shop’s target client is someone who seeks to “protect my investment.”

It also spends aggressively on advertising to reach that customer — $100,000 a month, besides its sponsorships. However, this builds a solid brand and helps counteract steering lines like, “We can’t guarantee their work,” by repeatedly stressing Price’s lifetime warranty.

All of these tactics appear to be working. Price’s plans to add three to four locations this year and get its tally up to more than a dozen shops. In the next two to three years, it wants to grow to around 20.