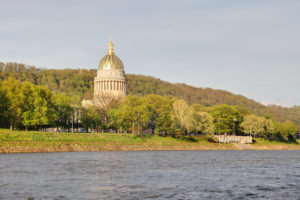 It said Maryland and Virginia residents would be lucky to have the kind of consumer protection currently available to West Virginians.

“After years of efforts to push forward similar protections in both Maryland and Virginia, the WMABA has utilized the neighboring state of West Virginia as an upstanding example of how a state can protect consumers when it comes to the collision repair parts used during the collision repair process,” the trade group wrote. “Having the majority, if not all, of the warranty period covered, those consumers with newer vehicles do not have to argue with insurers about what is best for their car and can get the Original Equipment Manufacturer (OEM) parts without any out of pocket expense. This is something not afforded their neighbors, who applaud this type of protection and disclosure.”

In this vein, a West Virginia auto body shop owner recently on Facebook pointed out the irony of West Virginia removing this protection while a New York bill sought to grant it. Read more about New York Assembly Bill 6617 here.

SB 544 would overturn a 22-year-old requirement that the first three years of a vehicle’s life by default means the car gets new OEM or — following a case that reached the West Virginia Supreme Court — used OEM parts.

Under existing 1995 West Virginia law, if an insurer wants to put aftermarket parts on a vehicle that new, they must receive written consent from the vehicle owner to do so during that time.

The new language would eliminate the old disclaimer and replace it with this notification:

“Customers will not always know what kind of parts they are getting, unless they ask,” WMABA wrote. “The ‘fine print’ parts disclosure required at the end of each repair estimate or repair order that explains the use of aftermarket parts is also a necessary consumer protection, so that they know what parts are being used in their repair. There is nothing else that would mandate a repairer or insurer educate the customer on the parts types written into the charges. Knowing what kinds of parts are used is a right-to-know that should not be altered.”

“WMABA again urges all West Virginia legislators to carefully review the consequences of these language changes, and to vote against changing a consumer protection that needs to stay,” it wrote.

Maynard on March 18 argued that the current law promoted a monopoly and clarified an earlier comment regarding deductibles. In this case, his plan was to enact an option for a customer to agree to aftermarket parts in exchange for a break on their deductible from the insurer.

“I feel it is a monopoly when less expensive aftermarket body parts are not allowed as replacement parts under certain conditions,” he wrote in an email. “I will make sure the code states an option for the automobile owner to use aftermarket parts for a reduction in costs of the estimate that can be applied toward the deductible, and it be a decision based on the owner of the vehicle, not the insurance company. I don’t have what you would call a stake in the business, however, I do own a small pre-owned car lot and do some automotive repair out of my shop in rural WV. I haven’t done an insurance collision repair job in years, but from time to time I do order aftermarket parts at my shop, probably 10 total pieces in the last 8 months, so not exactly what I would call a stake. The reason I took the lead on the bill is because I understand it, and no one else in the legislature would be able to grasp it the way I do. Many state codes have been written to help one particular interest or another, and this I feel was one of those that could be corrected.”

“The Automotive Body Parts Association favors freedom of choice in vehicle repairs, and this West Virginia bill will return that choice to the consumer,” ABPA Executive Director Edward Salamy said in a statement. “If enacted, this bill would put aftermarket parts on an equal footing with OEM parts, and would give owners in West Virginia the power to make their own decisions when it comes to repairing their vehicles.

“We urge legislators in West Virginia to take steps to return consumer choice to their constituents.”

No movement has occurred on the bill since it was introduced March 8.