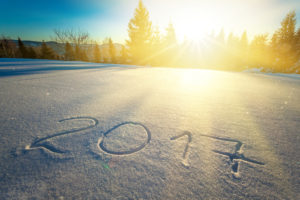 Chief Financial Officer (and soon-to-be CEO) Nick Zarcone said during the company’s earnings call that this percentage was “as low as its been for quite some time,” and 23 of 50 states surveyed saw declines in claims.

He noted that among the largest proportional claims increases were low-population states like Idaho, Montana and the Dakotas — which doesn’t translate to much actual sales volume for a national company.

“It’s great that they’re up significantly, but there’s no cars in those states,” he said.

Outgoing CEO Robert Wagman on Thursday cited NOAA data that March in the contiguous U.S. was 10 percent warmer than the 20th Century average, with what he called “record and near-record warmth” in the west and Great Plains.

The 1.1 percent was 0.7 percentage points below what the company achieved in its organic parts and services growth, and lower than the 1.4 percent claims growth in the first quarter of 2016, Wagman noted.

“Furthering that point, according to the industry and supplier research, many of our collision shop customers and smaller distributors faced flat-to-down results during Q1,” Wagman said.

The company’s fortunes to some degree mirror those of the collision repairers it serves (though of course it has mechanical, specialty and self-serve lines as well), as a high-frequency or high-severity year for the collision repair indsutry likely translates to higher parts sales volume for LKQ. So LKQ data and predictions might be useful to help body shop owners and managers plan their own business.

“There is no doubt that another very mild winter had an impact on our revenue,” Zarcone said.

LKQ was “cautiously optimistic” that it could hit its 2-4 percent growth target for the year, Zarcone said. It had expected the first quarter would be at or below that 2 percent and delivered 1.8 percent.

While January and February were “tough,” March was the “best month” from the standpoint of growth, he said.

“I think we’re well-positioned,” he said.

Featured image: We’re using this image to illustrate the mild 2017 winter. Ironically, it was uploaded to our stock art service in 2015. (YouraPechkin/iStock)