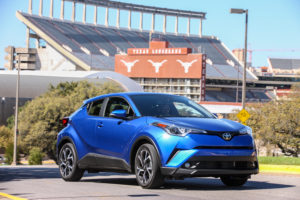 The 2018 Toyota C-HR just went on sale in April, at a low enough price and a fun enough look to sell well enough that a shop would see one.

Toyota in its news release didn’t particularly trumpet the body structure, aside to say it uses the TNGA global platform found on the new Camry and Prius, to name just a few.

But though the C-HR (“Coupe High-Rider”) just hit dealerships, Toyota already had a collision repair manual ready to go. It reveals a body-in-white made up of a lot of high-strength steel — and ultra-high-strength steel.

980- and 1,500-megapascal steel can be found on both a A- and B-pillars, roof rails, frame rails, A-pillar reinforcement, the center roof rail, and in a variety of other locations. 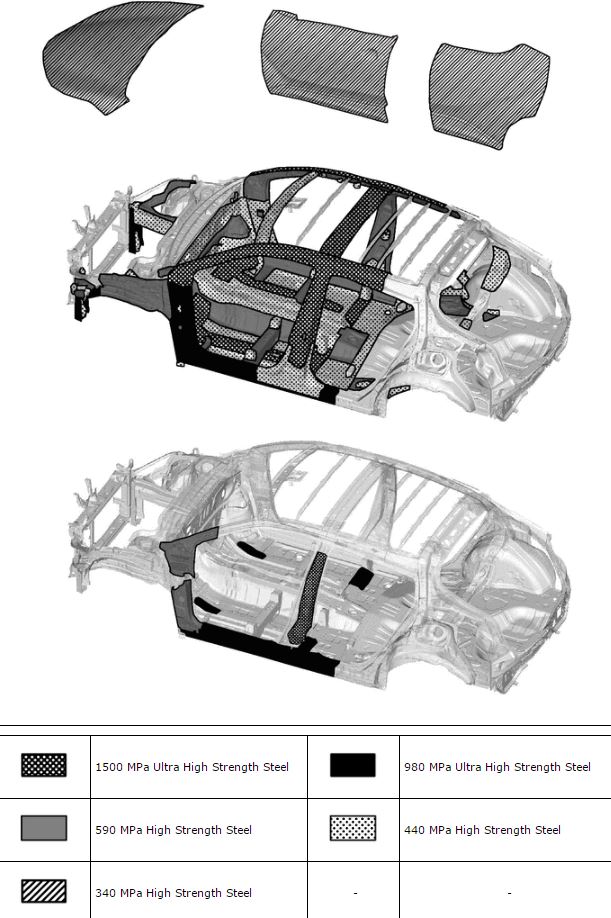 “This recommendation is based on a reduction in reinforcement strength and crash energy management revealed during research and testing conducted by Toyota Motor Corporation,” Toyota wrote. “Repaired and/or improperly sectioned reinforcements failed to exhibit the strength and performance ratings of genuine new original equipment service parts installed to specification. Therefore damaged occupant cabin reinforcements must be replaced.”

(For more steel do’s and don’ts — such as those related to welding and heat sensitivity — visit Toyota’s repair procedures on its Technical Information System, and its position statements and CRIB bulletins on the Collision Repair and Refinish Training website.)

The bumper reinforcement beams are aluminum — and note that the C-HR has a second front bumper beam. Toyota bans repairing reinforcements. 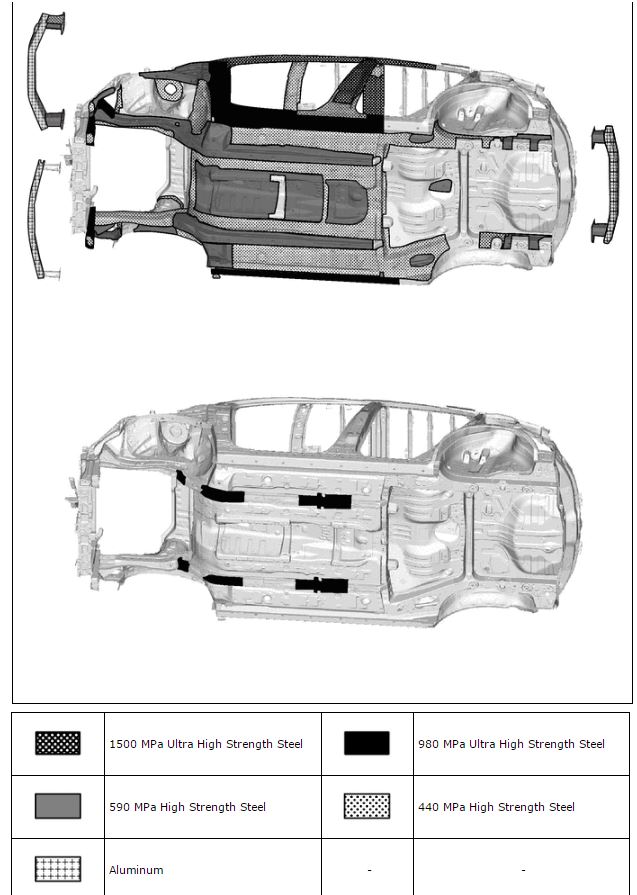 But don’t worry, painters — the C-HR has a consideration for you too. For an extra $500, Toyota will allow a customer a second paint color on the top half of the crossover.

“For a bigger dose of individuality, the C-HR can be outfitted in R-Code, a special paintjob that pairs body color with a white-painted roof, side mirrors, and A-pillar for a truly custom look,” Toyota writes. “Available pairings include Blue Eclipse Metallic R-Code, Ruby Flare Pearl R-Code, and Radiant Green Mica R-Code. Radiant Green Mica can only be had in R-Code configuration.” 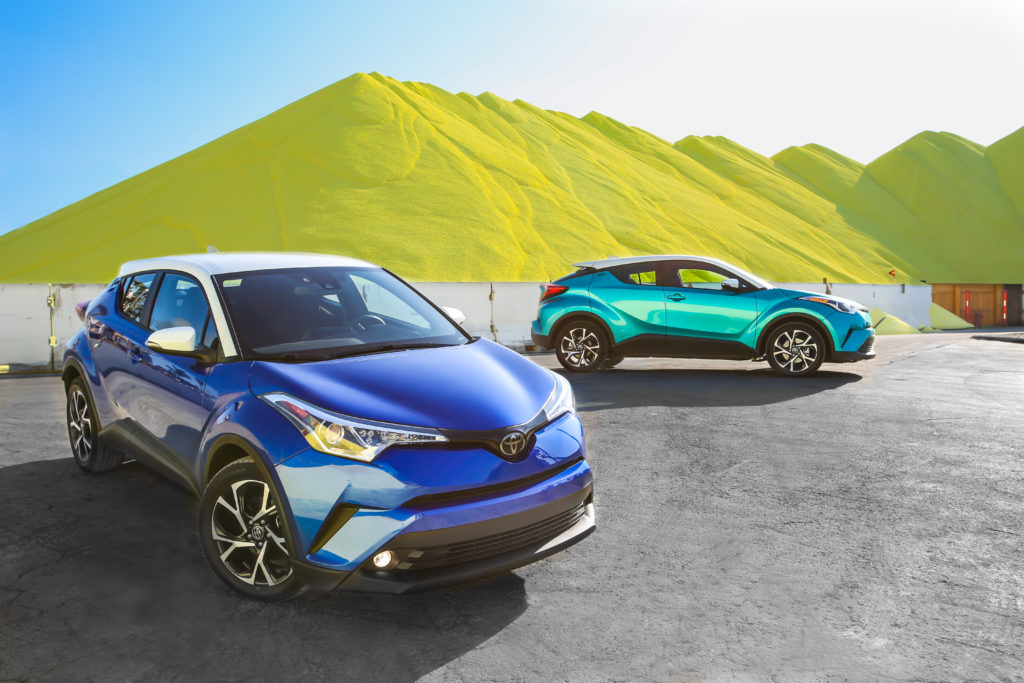 Among other features potentially of interest to collision repairers:

The 2018 Toyota C-HR with the R-Code paint job is shown. (Provided by Toyota)