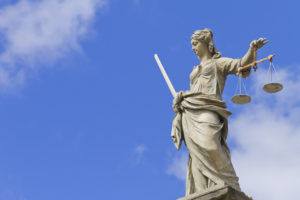 The Eleventh Circuit Court of Appeals might be the only hope left for a North Carolina and a Pennsylvania shop following the dismissal with prejudice of their RICO case against most of the nation’s top insurers.

A federal panel sent Middle District of Florida Judge Gregory Presnell Crawford’s and K&M v. State Farm et al during the panel’s consolidation of a variety of similar but unrelated collision repairer antitrust lawsuits against carriers in other states before a single court.

Unfortunately for the shops, Presnell has dismissed virtually everything before him aside from a few state-level steering claims, and he replicated that pattern Monday by denying with prejudice — meaning no chance for a redo — K&M and Crawford’s lawsuit.

Faced with similar dismissals, collision repairers in several other states have appealed to the Eleventh Circuit, arguing that Presnell was applying too strict of a standard to evaluate whether a lawsuit could survive a motion to dismiss. As they noted, the Seventh Circuit Court of Appeals in 2010 supported their position.

“As we understand it, the Court is saying instead that the plaintiff must give enough details about the subject-matter of the case to present a story that holds together,” the Seventh Circuit wrote then. “In other words, the court will ask itself could these things have happened, not did they happen. For cases governed only by Rule 8, it is not necessary to stack up inferences side by side and allow the case to go forward only if the plaintiff’s inferences seem more compelling than the opposing inferences.” (Emphasis court’s.)

Those states also took Presnell to task for his insistence on pairing specific defendants with specific accusations when all are allegedly behaving the same.

“With respect to group pleading in general, this (Eleventh Circuit Appeals) Court has repeatedly and consistently held that where a plaintiff asserts a group of defendants engaged in the same conduct, referring to that group as ‘the Defendants’ is permissible,” those shops wrote to the Eleventh Circuit.

“… In a separate action in this MDL, the district court ordered the plaintiffs therein to amend the complaint so as to particularly identify each defendant in relation to the facts and causes of action asserted. After plaintiffs did so, the court expressed its extreme dissatisfaction, complaining that listing each and every defendant for each and every factual allegation and cause of action made the complaint unnecessarily long and threatened plaintiffs with sanctions if it was done again.

“This district court has, therefore, foreclosed all avenues of pleading. The court has precluded use of ‘the Defendants’ as well as banned particularized identification of each defendant under threat of sanctions.”

Asked Tuesday evening if his clients planned to appeal to the Eleventh Circuit, attorney Steven Bloch of Bailey & Glasser said, “We are in the process of reviewing and analyzing the decision, and we will make a determination.”

Considering that it’s the same judge, both of these arguments might apply in an appeal of Crawford as well. For Presnell’s dismissal accuses the plaintiffs of not providing enough detail about the allegations and not breaking down the specific relationships between the insurer parent companies and their subsidiaries in the two states.

Ironically, Presnell also takes the shops to task for an overlong, “bloated pleading” and Magistrate Judge Thomas Smith killed exhibits supporting the shops’ position, ruling them”evidentiary and therefore inappropriate for consideration in connection with a motion to dismiss,” according to Presnell, who upheld Smith’s ruling.

So if we’ve got this straight, Presnell wants a shorter brief but with more detail then the “bloated” one and, and he thinks the shops included too little evidence to survive a motion to dismiss but it’s inappropriate to provide evidence at the motion to dismiss stage.

Here’s some other questionable determinations and contradictions from the ruling:

But the shops allege the insurers’ representation of a “market” rate is a distortion, relying on contractually deflated DRP rates rather than the actual market (the DRP shops’ door rates).

It’s also unusual that Presnell claims “there is no claim here – or in the other related antitrust cases – that the Defendants have market power or the ability to control prices for auto-body repair work.” Earlier, he points out that “The Plaintiffs allege that the Defendant Insurers, who hold ‘almost two-thirds of the national market share’ of the private passenger automobile insurance market, ‘have been able to establish the industry standards for collision repairs, including the compensation for collision repair services.'”

And he apparently overlooked that the lawsuit details each defendant’s specific market share:

Market concentration in these insurers has steadily increased – and continues to do so. Likewise, control of the national market for auto insurance in the United States increasingly rests with the largest insurers, as the only material market share growth in the past decade was achieved by these carriers.

As they did in the First Amended Complaint, the Plaintiffs have again failed to provide specifics as to the workings of the alleged RICO enterprises. The reader who slogs through all 172 pages of the Second Amended Complaint will be left almost entirely in the dark as to what role any of the 70-plus individual Defendants played or what actions any of them took in furtherance of the RICO enterprise – or in furtherance of anything else, for that matter. The overwhelming majority of the substantive allegations refer to the “Defendant Insurers”; almost none identify actions taken by any individual defendant. …

And so on and so on. There are almost no allegations that any individual Defendant ever took any action at all, much less that it acted in a way that defrauded or extorted property from either Plaintiff, or assisted others in doing so. Rather than describing the actions undertaken by any individual insurer, the Plaintiffs allege only that the companies that make up each of the seven Defendant Insurers are somehow affiliated with one another and share common claims management practices.6 See, e.g., SAC at 22. There is no description of the role played by the individual insurers in the alleged enterprises, or the reason they played that role. Without more, such allegations are insufficient to support the existence of an association in fact RICO enterprise.

But the case defines individual RICO enterprises between each insurance parent company, its subsidiaries, and at least one information provider (which are not named as defendants, however). It also states:

Further, as it concerns each of the respective Defendant Insurers and their affiliates, each has company-wide, systematic and uniform claims management practices, and operates as a single, integrated enterprise for claims adjustment and administration purposes, including, without limitation, the conduct and subject matter at issue in this action. For example, with respect to Plaintiffs’ repairs compensated by Defendant Insurers, the repair estimates and supplements prepared by Defendant Insurers are created using centralized, systematic programs, and bear the name of the parent or simply a generic reference to the insurer: “State Farm Insurance Companies” or “State Farm”; “Nationwide Insurance Company” or “Nationwide”; “GEICO”; “Progressive”, and the claims personnel on all of the claims operate out of the parent company under company-wide protocol. Further, payments for repairs are frequently made by parent companies, even if affiliates are the insurer on the first-party or third-party claims for which the repairs are performed.

Presnell dismisses the idea that Mitchell, AudaExplore and CCC assisted in the RICO enterprises, finding that the use of a piece of software to do something allegedly improper didn’t mean the software provider was to blame.

Here, as in Spirit Airlines, the Plaintiffs have not alleged that the Defendant Insurers share a common purpose with any of the Information Providers. There are no allegations, for example, that the Information Providers receive any additional compensation whenever one of the Defendant Case Insurers deceives or extorts a repair shop into accepting less money for a repair. (It should be remembered that the repair shops are also customers of the Information Providers.) Rather, what is described is a business relationship involving the collection of repair data and the sale of estimating software. The fact that the insurers use that data and software to justify not paying the amounts sought by the Plaintiffs does not transform that business relationship into a RICO enterprise.

This seems to oversimplify the business relationship between the insurers and IPs alleged in the lawsuit:

Further, each of the Defendant Insurers regularly communicate with their Information Provider partners to address and collaborate – and instruct – on labor times, formulas, the way that the estimating databases provide for repair operations, and pricing data. This practice of collaboration has occurred for years between the Defendant Insurers and the Information Providers. As noted by the court in the FTC case blocking the proposed merger between CCC and Mitchell, Insurer “customization” and influence is substantial.

He also ruled against the idea of including State Farm direct repair program shops — like the IPs, these shops weren’t formally named defendants —  in the alleged State Farm RICO enterprise given the plaintiffs’ argument that those DRP shops were allegedly coerced as well.

Featured image: A statue of Justice can be seen in Dublin, Ireland. (sasar/iStock)