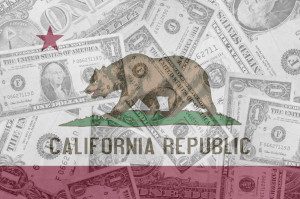 Sponsor Assemblywoman Autumn Burke, D-Inglewood, said last month that allowing a far weaker set of survey procedures to count as good faith was necessary to give insurers another option and spare customers from higher premiums and repair costs. “We can protect our constituents,” she said.

As we’ve noted before, the premium argument ignores that a) insurers’ apocalyptic forecast of $300 million in increased premiums translates to about $11 per California motorist and b) lowering premiums by allowing what the agency behind the regulations calls misconduct is not good public policy.

But there’s a third argument as well against this AB 1679 claim — insurers spend a great deal of Californians’ premium dollars on items other than covering Californians’ losses.

The National Association of Insurance Commissioners in January released data showing that private passenger auto insurers in California only paid 63.7 percent worth of their $9.871 billion in premium income out in actual property loss costs. That’s up from 56.8 percent in 2006, but still leaves a carrier plenty of money to cover the rest of their bills — and to invest to make even more money.

The next highest proportion of insurers premiums, 16.9 percent, went to selling expense — advertising, marketing, whatever the insurance agents make, etc., according to Investopedia. Cut that nearly $1.67 billion down some to compensate for higher severity, and voila! You don’t have to raise premiums.

The next highest then is loss adjustment expense, at 9.5 percent. While there’s certainly a role for fraud investigators and call centers dealing with insured, one has to wonder if there’s room for savings here among the rank-and-file adjusters and insurer attorneys muddying claims waters when there’s an estimator in every auto body shop.

Lemonade, for example, is automatically paying most of its homeowners property claims, no hassle. (In part, because of their behavioral economics theory that customers don’t try and cheat their insurer if they don’t think the insurer is trying to cheat them; the same presumably would hold true for repairer-insurer relationships as well.)

What would happen if shops wrote estimates and insurer’s default move was to pay them rather than micromanage the claim — no friction and no need for litigation. Would the auto insurance industry really need to spend all of that $937 million on loss adjustment expenses?

Granted, frequency and severity exploded in 2016, which would increase loss ratios — but insurers also raised rates to compensate, which would send those ratios back downward. (It’s true there is a lag between when an insurer receives rate increase approval and when the increased premium dollars flow in, but the overall result is rates increasing to match loss trends.) And frequency has nothing to do with body shops or the claims process — that’s all on California drivers — so insurers shouldn’t try to plead “there are more accidents these days” when making their case for AB 1679. We didn’t look at auto liability expenses, part of which under NAIC definitions involve third-party property claims. But the data has similar proportions to the auto property statistics.

The NAIC data isn’t just about California. All 50 states are in there. Check it out using the NAIC glossary to define the various categories, and see what you discover about where premiums are spent in your own state.

The moral of the story for a body shop and a claimant is that some of every $1 a policyholder spent on premiums is going to advertising — which is funny, because there are fewer and fewer insurers to distinguish between — and potentially to pay the time adjusters (and even lawyers) spent trying to deny paying for repair procedures demanded by a vehicle manufacturer.

For California lawmakers and citizens, the moral is not to let insurers automatically claim regulation — such as those they’re trying to neuter with the disastrous AB 1679 — will result in dramatic rate increases without taking a good hard look at the same insurers’ books and what their existing premium revenue is being used for.

Call us crazy, but we’d just bet California insurers could find that $300 million — or the mere $2.31 million estimated by California — somewhere in that 25 percent of premiums spent on adjusting and selling insurance.

AB 1679 passed the Assembly Insurance Committee 13-0 on April 19. It now goes to the Assembly Committee on Appropriations. It’s possible it could be heard as soon as next week.

“Report on Profitability by Line by State in 2015”

After a review process dating back to 2012, the California Department of Insurance thinks it has a template for a standardized collision repair labor rate survey form auto insurers could use. (Vepar5/iStock)

The California Assembly is shown. (slobo/iStock)