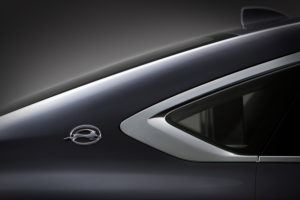 “There is a war going on within the collision repair industry, but many of you may not even realize it. This war could be called Procedure Civil War 1, or PCW1. The combatants can be broken into four categories. Each category would include owners, those who determine the costs of damage, those who repair structural/cosmetic damage and those who refinish the vehicles.”

Hammer & Dolly, a joint production of Thomas Greco Publishing and the Washington Metropolitan Auto Body Association, has graciously allowed us to reprint excerpts of some of its past few months’ articles speaking to some of the hottest issues in collision repair.

Among the must-reads is a May 2017 column by Larry Montanez (P&L Consultants) and Jeff Lange (Lange Technical Services) which explained the necessity of following OEM procedures with two frightening case studies, including:

It also features a humorous take on the four types of collision repairers, “The Dinosaurs,” “The I-CAR Certified & Standard,” “The New Jack Real Bodymen,” and the “Do It by the Book Parts Changers.”

Keep in mind that there are a few people out there who fall into more than one category. But one thing that can easily be seen is the ignorance of facts and the widespread resistance to OEM procedures and general change. In many posts we see online, ego and pride take the lead, and logic and reasoning go right out the window. The disagreements will always be about parts changers having no skill and real bodymen figuring out how to make it work, but ultimately it always comes down to the “I have a family to feed” excuse of why that repair was being attempted.

Don’t miss the discussion, which begins on Page 30 of the May 2017 issue. Read it here.

The logo on the 2014 Chevrolet Impala is shown. (Provided by Chevrolet/Copyright General Motors)