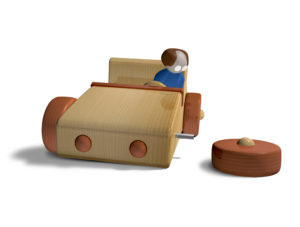 The Property Casualty Insurers Association of America is back at it in Rhode Island, in April declaring “aggressive … legislation” by a state auto body trade group as “in no small part” causing rising severity.

As we pointed out regarding the trade group’s prior claims regarding Rhode Island legislation (and a recent commentary on California regulations by it and others), such assertions might not be supported by reality.

“Collision severity has risen much faster than the national average from 2011 through 2016 Q3,” the PCI states in an April document. “This is likely in no small part due to aggressive (Auto Body Association of Rhode Island) legislation pushing costs higher since 2003. PCI has a special analysis devoted to the impacts of ABARI legislation.”

We offered a pretty detailed counterargument to the abovementioned PCI analysis in 2015, and we’d refer readers and lawmakers to it.

But here’s some more food for thought regarding the newest accusation that Rhode Island severity is “in no small part” the collision repair industry’s fault between 2011 and 2016.

“But even though enhanced safety technology has made automobiles safer for passengers, auto accidents and the costs associated with those crashes are rising sharply across the country,” the PCI itself states in its April Rhode Island report. “The higher frequency and severity of crashes combined could put upward pressure on auto insurance costs.”

We’d argue that this along with other external trends (more expensive vehicles, more leasing, etc.) would reduce any ABARI or collision repair industry impact — assuming a) it exists and b) isn’t justified — from “no small part” to “small part.”

A side note: Shops should be following OEM and paint manufacturer repair procedures to repair any vehicle, which means the actual line items on the estimate are technically derived from the OEM requirements for restoring that particular vehicle following that specific collision. The need for those repair procedures (and accompanying parts and paint/materials) can’t be controlled by a shop which wants to do a complete and proper repair. A shop can only control how it charges for those items.

Thus, a certain baseline severity is theoretically unavoidable — and unattributable to the collision repair industry (unless shops do it all for free).

Can you elaborate? Unlike a reasonable discussion of increasing frequency, there’s absolutely no data here connecting the legislation to rising costs or greater explanation for the hypothesis aside from the analysis of 2003-14 data. The PCI doesn’t even list repeal of the legislation or any sort of body shop reform in its list of “What Can Be Done?”

So is it frequency or severity? The PCI loses us with a series of seemingly contradictory introductions to graphs and charts on if the severity allegedly linked to ABARI is even the loss cost problem.

A review of trends from 2011 through 3Q 2016 ISS Fast Track data reveals that loss cost trends in Rhode Island are in line with countrywide trends. …

A breakdown of frequency and severity, the two primary components of loss costs, shows that loss costs in Rhode Island are primarily driven by severity increases. Frequency has remained largely flat in the period from 2011 through 2016 Q3. …

While the trends are in step with countrywide trends, loss costs continue to stay well above national averages. This is likely because of the high frequencies across most coverages in Rhode Island.

Severity isn’t showing up in labor rates: Mitchell specifically tracks Rhode Island labor rates as part of its Industry Trends Reports. Shops averaged a $45.95 body labor rate through the fourth quarter of 2016, according to the IP, up 2.7 percent from $44.75 for all of 2011. Inflation was 9.6 percent between January 2011 and December 2016. So if ABARI legislation is letting shops go hog wild, it’s not showing up in the labor rates they can directly control.

The insurer knows severity’s ceiling: An insurer always has the “out” of simply totaling the car if the bill reaches a particular threshold, which keeps shop charges in check if the repairer wants to repair that vehicle rather than lose the business to a salvage yard. The industry’s actuaries know this maximum risk and can subsequently adjust premiums accordingly to hedge for it. Thus, severity and premium cost is ultimately capped by the insurance industry regardless of whatever the PCI is claiming ABARI is doing in the Legislature.

Overall, the PCI analysis and data on frequency and severity should provide some sound insight to repairers, insurers, legislators and consumers in that state. But the aside accusing ABARI seems cheap, misleading, unsupported and unnecessary.

“Rhode Island: Increasing frequency and severity of crashes are cause for concern”