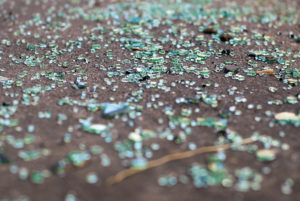 A glass shop which has sued GEICO has formally sought class-action status for itself and other shops who’ve butted up against GEICO’s “prevailing competitive price.”

VIP Auto Glass argued that GEICO’s use of its contractually discounted rate with Safelite as the “prevailing competitive price” is inappropriate.

By requiring customers to pay the difference between that amount and what non-network shops reasonably charge for glass work, GEICO is in effect charging a glass deductible in violation of Florida law, the shop alleges.

“Despite collecting billions in premiums, GEICO is, on a continuing basis, unlawfully underpaying legitimate Windshield Claims to its Florida insureds and thereby pocketing windfall profits,” the shop argues in a May 19 motion for class certification, which echoes many of the allegations in its Feb. 21 amended VIP Auto Glass v. GEICO lawsuit.

Florida Section 627.7288 declares that deductibles for all insurance “providing comprehensive coverage or combined additional coverage shall not be applicable to damage to the windshield of any motor vehicle covered under such policy,” VIP wrote in its lawsuit.

GEICO has denied the VIP allegations in its answer to the U.S. Middle District of Florida lawsuit.

While the case hinges on a glass-specific point of law, it still might set a precedent for collision repairers in the state by calling into question an insurer’s methodology in determining “prevailing competitive price.” Collision repairers and the state of California have challenged using contractually discounted direct repair program labor rates to calculate the market rate for auto body repairs as well.

“By euphemistically describing the amount it pays as the ‘prevailing competitive price,’ when that is just a privately-negotiated rate with the largest operator in the windshield repair and replacement market, GEICO engages in deceptive business practices and violates the statutory and contractual prohibitions against imposing a deductible on Windshield Claims in Florida,” the motion states.

According to the lawsuit and motion, GEICO’s policy is far too vague on what constitutes a “prevailing competitive price.”

“Under well-settled Florida law, a statutory or contractual provision is ambiguous whenever reasonable people can disagree over its meaning,” and an insurer automatically loses any dispute over ambiguous policy language, VIP wrote in its motion for class certification.

“Other than stating that the ‘prevailing competitive price’ is the price Defendant “can secure from a competent and conveniently located repair facility,’ the policy does not include a definition of the term ‘prevailing competitive price’ or a definition of the term ‘competent and conveniently located repair facility,’ or identify or adopt any particular pricing schedule or pricing methodology that cannot be exceeded,” the lawsuit states.

“Although the policy states that Defendant will, upon the insured’s request, ‘identify a repair facility that will perform the repairs or replacements at the prevailing competitive price,’ the policy does not indicate or require that the insured must make such a request or use any particular windshield repair facility, and as a result of the undefined and unauthorized ‘prevailing competitive price’ language in the policy, Defendant has and continues to evade the no deductible mandate.”

VIP hangs its case on a customer which selected the glass company to address a damaged windshield — and gave it an assignment of benefits. VIP’s motion says it charged GEICO $936.37, “which is VIP’s standard price based on the same retail price published by the National Auto Glass Specifications.” GEICO only paid $468.03, and “has underpaid VIP on other windshield claims performed for other customers insured by GEICO.”

That $468.03 is nearly 50 percent of the VIP bill, which seems to mesh with what VIP alleges GEICO charges its glass network shops — notably, Safelite.

“According to the current Glass Pricing Agreement, which dates back to February 6, 2012, GEICO has unilaterally decided that it will pay merely 50% of the NAGS benchmark list price for windshield parts,” VIP Auto Glass wrote in the motion. “… Notably, the prevailing competitive price provision does not say it is the “lowest” price that GEICO can secure, or the price that it can secure from a particular facility or preferred vendor (e.g., Safelite).”

And given that VIP Auto Glass is charging NAGS prices, it’s hard to argue that it’s not being reasonable or competitive — particularly as other insurers are agreeing to the bills, according to the motion.

Other insurance companies, such as Liberty Mutual, Infinity, the Hartford, Chubb, Mercury, and many others, regularly pay VIP’s standard pricing in full, which include charges for windshields at 100% of the NAGS benchmark price. … In fact, even GEICO Commercial Insurance paid VIP’s standard price of 100% of the NAGS benchmark. … Indeed, VIP’s prices are certainly within GEICO’s vague description of the “prevailing competitive price” because VIP’s price is one that GEICO can secure from VIP, and GEICO does not dispute that VIP (and the Class members) are each “a competent and conveniently located repair facility.”

GEICO has disputed that it uniformally imposes these terms across the board.

“Defendant admits that Exhibit G contains some examples of documents referenced as Glass Pricing Agreement, but denies that those examples are applicable to all claims in Florida. Otherwise, Defendant denies the allegations of this paragraph,” it wrote in its March 7 answer to the lawsuit.

VIP has asked that the court define the class as all windshield repair facility owners in Florida hired by a policyholder to perform windshield repair or replacement and did so. These class members must also have an assignment of benefits and requested payment but didn’t receive all that they’d billed for.

Shops which “were otherwise satisfied through litigation or settlement; and/or (ii) are the subject of pending litigation against Defendant as of the date of any class certification order or other deadline established by the Court” don’t count as class members.

VIP Auto Glass estimates that “there are hundreds of potential Class members,” noting that GEICO itself suggests there are more than 100 at least who’d fall into the class.

GEICO has not yet filed a more detailed response or motion to dismiss the lawsuit or class motion. As noted above, its answer to the lawsuit either flatly denies most of VIP’s assertions or denies them on the grounds that it lacks sufficient details to respond.

However, the March 7 answer does provide several potential defenses and responses GEICO might use against VIP’s specific case, the idea of granting class-action status, or the allegations of a class-action lawsuit should one be allowed on the terms sought by VIP.

These include that assignments of benefits might have been obtained under fraudulent grounds and that each claim is too different to merit being lumped into a class-action suit.

It also raises the possibility that some class-action shops’ bills were actually third-party invoices inappropriately marked up by the shops.

Finally, GEICO also might also argue that VIP and the other prospective class-action shops already knew it would be a tightwad when they agreed to serve policyholders.

Some of the claims of Plaintiff and the putative class members may be barred by the doctrines of waiver, estoppel, ratification, or other equitable doctrine. For example, without limitation, Plaintiff and the putative class members are, or should have been, aware of the amount Defendant is willing to pay for the subject windshield repair and replacement services due to actually having obtained estimates or work orders from Defendant (or intentionally or negligently not obtaining authorization and an estimate prior to performing the subject services) and by being aware through prior dealings of the manner in which Defendant pays for such services.

Some of the claims of Plaintiff and the putative class members may be barred by the doctrine of estoppel, a contract implied in fact or law, or other equitable doctrine. For example, without limitation, Plaintiff and the putative class members may have performed windshield repair or replacement services after having received from Defendant the amount Defendant was willing to pay for the subject services or being aware of Defendant’s payment methodology, thereby constituting a contract in fact or law or otherwise estopping them from seeking reimbursement greater than what they knew, or should have known, Defendant would pay.

Featured image: A glass shop which has sued GEICO has formally sought class-action status for itself and other shops who’ve butted up against GEICO’s “prevailing competitive price.” (Berezko/iStock)