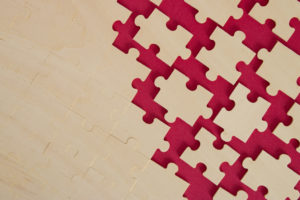 Boyd Group CEO Brock Bulbuck, who has vowed to double his company’s size by 2020, told investors Monday that only a “handful” of collision repair companies with as many locations as recent purchase Assured Automotive still exist in North America to be acquired (or franchised) by MSOs.

That assumes those companies would actually be for sale, he said.

Nevertheless, Bulbuck seemed confident the company, which owns Boyd Autobody & Glass and Gerber Collision & Glass, would reach its 2020 goal. So for the rest of the industry in Canada and the U.S. — particularly his MSO competitors — expect more consolidation.

The $143.8 million bill for Assured was “well within our comfort zone” itself, and it also left plenty of money left over for Boyd to buy more auto body operations, Bulbuck said.

“It is important to note that we are now even better positioned for growth with the addition of Assured,” Bulbuck said. However, he said that while the company has said a large acquisition would speed reaching the 2020 goal, it was “too early to tell” if the Assured deal would product this acceleration.

“The pipeline still looks good” for single and MSO locations to buy going forward, he said. (Or for Boyd to develop them internally. Gerber on Thursday announced it opened a brownfield auto body shop in Saint Augustine, Fla.)

Prior to the Assured purchase, Boyd had been behind its consolidation schedule this year, but a few other deal attempts gone Boyd’s way, it’d have been on target, according to Bulbuck. 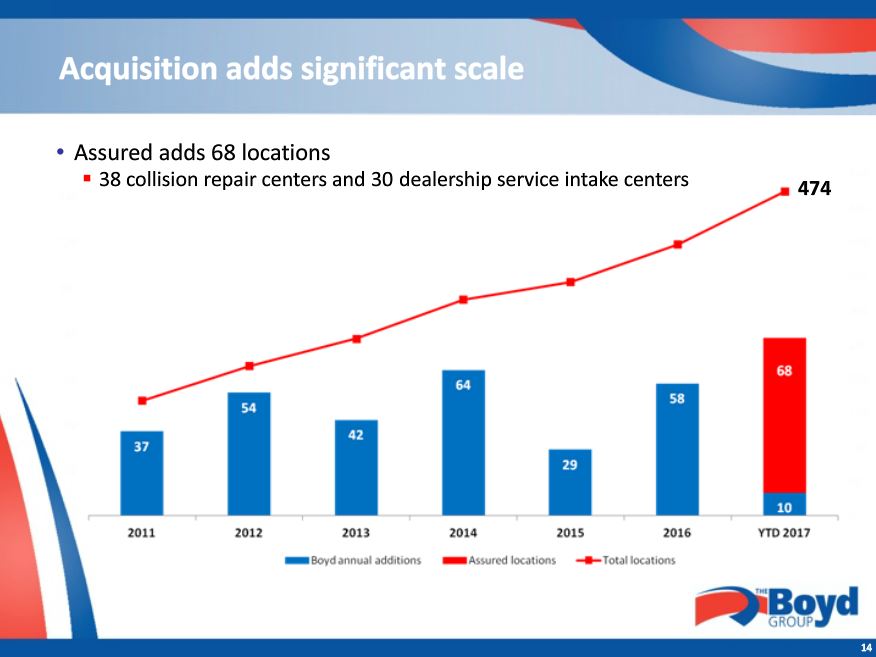 Bulbuck said that the Assured deal took a lot of the corporate development “bandwith” over “many months,” but that didn’t excuse the team or company leadership from having to keep a strong pace of shop growth.

Now that the Assured deal was done, the team should be back to its old capacity, he said.

Boyd grew to $450 million in available credit prior to the Assured announcement but tapped nearly $144 million of it to buy that company.

Room for others to grow

Rather than completely present a “the MSOs are coming!” future, Bulbuck’s comments and Assured’s example also suggest there might be potential for ambitious smaller shops to grow.

“There are a number of smaller MSOs, regional MSOs, that I’m sure have business plans to try to build their business to a similar size to what Assured is,” Bulbuck said. (Of course, the implication here might have been that Boyd would then try to buy such expanded MSOs, but still.)

Assured itself stated in 2004 with nine locations and grew to 68 by March 31; Boyd will also buy another two Assured intake centers and two repair shops founded since then. That’s seven times more locations within just 13 years, even if half are just storefront intake sites.

However, Assured’s growth was heavily fueled by direct repair programs, not just what Bulbuck called Assured’s “unique business model” of dealership symbiosis. The former might not be as accessible for smaller shops today as it was for Assured over the past 13 years.

“As we have found at Boyd, insurance companies increasingly choose to work with larger collision repair companies, to service their customers, due to the operating efficiencies realized, and overall better operating performance metrics, for both the insurance companies, and their insured vehicle owners,” Bulbuck said Monday.

Assured now has 20 DRPs and “strong relationships” with carriers, Bulbuck said. Since 2014, it’s grown more than 34 percent with its Top 10 insurer clients.

Consolidation will continue given the Boyd Group’s plan to double by 2020. (Memedozaslan/iStock)

The Boyd Group’s growth will be aided by the purchase of Assured Automotive. (Provided by Boyd)