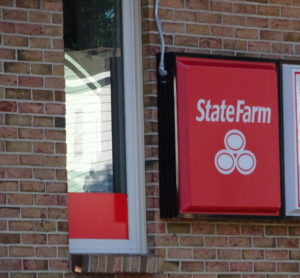 Reports from opposite sides of the country find State Farm claims personnel proclaiming corporate policies of blanketly denying scan procedures — contradicting each other as well the company’s public statements that it’d handle scans on a case-by-case basis.

State Farm claims consultant Chris Evans told Hammer & Dolly that the company reimburses scans “a lot” but has not made a final decision, the magazine reported in June. The June issue characterized the position as case-by-case, a stance rival GEICO told Hammer & Dolly it’d taken as well.

“We’re still in a learning mode,” Evans told Hammer & Dolly. “We’re perfectly fine paying for this procedure as often as we do, but the problem is that there are still a lot of unknowns. We’ve seen scanning being requested anywhere from a half hour of labor time from a body shop because they have the tools and equipment to do it themselves, to $600 from another shop because they send a car down the road to a dealership. We just hope the estimating companies move quickly on this, but also accurately. We would hate for them to come out with a cursory approach.”

In January, Evans observed to the Collision Industry Conference that as State Farm tried to come to terms with scanning, its “developing position” was to “do what makes sense.” He said it completely agreed with the sentiment of doing the right thing for a customer.

And yet, lower-level staff in two states on opposite sides of the country are describing different and far more conclusive State Farm positions.

In May, a Western U.S. shop shared with us a lengthy change request related to a 2008 GMC with more than $3,000 in damage. In it, a State Farm representative declares that “State Farm’s position is that pre and/or post scans operations are diagnositc in nature and generally are not covered under the policy.” Then the author flips to say the insurer will cover “reasonable diagnostic charges” and “necessary corrected repairs” — so long as a diagnostic trouble code is revealed. (Which is like telling a doctor that you’re not going to pay for an X-ray that doesn’t find anything.)

The State Farm staffer then concedes: “There are, however, some circumstances where State Farm would adhere to a manufacturer’s pre and/or post scan recommendation.  These situations are dependant on they nature and location of the impact, the damages resulting from the impact, and the specific options the veh is equiped with.  Specifically, the veh would have to be equiped with advanced vehicle or drive assist (systems) … and the subject loss damages system components or the necessary repairs requires removal of system components.”

The paragraph is all over the map, but it purports to describe a few definitive State Farm positions. General Motors said in October that all of its vehicles must be scanned before and after a repair, no exceptions. It said the same thing at an August 2016 NACE panel also attended by Evans.

“Even minor body damage or glass replacement may result in damage to one or more safety-related systems on the vehicle,” GM wrote in October. “Any action that results in loss of battery-supplied voltage and disconnection of electrical circuits requires that the vehicle is subsequently tested to ensure proper electrical function.”

In June, Alan’s Collision Center general manager Jim Pfau told us about an estimatics manager who declared during a 2017 Honda Civic repair order that State Farm would no longer pay for diagnostics. The company just “abruptly stopped,” he said.

Honda in July 2016 issued a position statement reminding the industry that scanning was required before and after a collision repair, and repeated this at an August 2016 NACE panel also attended by Evans. (Honda required diagnostics far earlier than 2016, but it seems that many shops and insurers hadn’t paid attention to the repair procedures saying as much.)

“(W)hile they have paid in the past and as this became popular they decided that it is NOT necessary,” Pfau wrote in an email June 20. “It puts the shop in a predicament because we are legally bound to repair the vehicle correctly. So far in the past two weeks they have denied every scan supplement we submitted.”

Asked to clarify State Farm’s actual position and if either the statements to Pfau or the Western shop represented State Farm’s actual corporate policies, spokesman Justin Tomczak wrote simply, “Unfortunately I will have nothing additional on this to share with RDN.”

He noted in an aside earlier: “As always, repairers are welcome to reach out to their local State Farm resource to discuss individual claims.”

Pfau said he alerted the Pennsylvania Insurance Department, and a State Farm representative apologized. The matter appeared to be settled — but then she called back and told him the company would in fact no longer be paying for scans. “So they’re backtracking now,” he said.

Pfau said none of the other carriers are routinely denying scans for his Philadelphia shop. “It’s just State Farm,” he said.

It’s been a year of high-profile attention to diagnostics, and yet we still have three different policies being tossed around by three different State Farm personnel. One is case-by-case. One is just an outright denial. One is a series of alternating denials and approvals which also openly rejects the instructions of the guys who built the car under certain conditions, effectively inventing State Farm’s own set of repair procedures.

Presumably, the case-by-case stance articulated by 30-year State Farm claims veteran Evans is the correct one. If so, then State Farm owes it to its policyholders and the collision repairers fixing their cars to rein in and better educate local staffers either so misinformed or so brazen that they can confidently declare the nation’s No. 1 auto insurer has a position of denying payment for something required by an OEM.

The side of a State Farm Agency in Kentwood, Mich., is shown. (John Huetter/Repairer Driven News)

In May, a Western U.S. shop shared with us this lengthy State Farm change request related to a 2008 GMC with more than $3,000 in damage. In it, a State Farm representative declares that “State Farm’s position is that pre and/or post scans operations are diagnositc in nature and generally are not covered under the policy.” (Provided to Repairer Driven News)