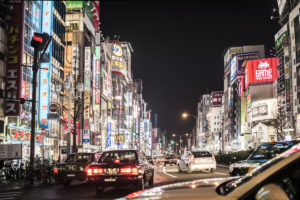 The Nikkei Asian Review reported Saturday that major Japanese auto insurers are all cutting auto insurance rates an average of 2-3 percent because of a decline in collisions liked to ADAS systems.

The newspaper reported that premiums would for an adult 35 and older fall from about $819 to $776.

The average auto premium for an American was $866.31 in 2014 (the most current data available), according to the National Association of Insurance Commissioners. Looking solely at Americans who carried collision, comprehensive and liability, the average 2014 premium was $982.27.

Mandatory-liability premiums fell an average of 6.9% starting in April. The General Insurance Rating Organization of Japan decided in May on an 8% average cut to the “reference loss cost rates” for voluntary auto insurance, the first decrease in 14 years. The reference rates serve as the basis for insurers to set premiums. The four companies are adopting lower rates ahead of this.

A 9% discount on premiums for vehicles with an automated braking system will be introduced in January. Minicars will be eligible, as well as compact and regular-size passenger cars released within the past three years or so.

For high- and low-volume collision repairers, Japan’s experience might be a taste of decreasing frequency to come — and the kind of trend worth watching here. If the insurers are confident lowering rates, it suggests the increased severity from more expensive advanced driver assistance systems technology isn’t offsetting frequency — net, collision claim costs are down.

When we’ll see such a decrease is the big question, and its noticeable absence to date might lull shops into a false sense of complacency. After all, Goldman Sachs estimated in 2015 that Japan and North America are about equal (8 percent) in ADAS prevalence; however, major carriers here report increased frequency (though it’s now leveling off) and subsequently increased premiums on the U.S. fleet.

Part of the reason for the discrepancy might be the average age of the fleet on the road. Japan’s average car was 8.3 years old in the 2015 fiscal year, according to Statista, which means older “lower-tech” crash-preventing technology was probably more prevalent than in the U.S. and therefore compounding the effects of newer ADAS systems. The average light vehicle in the U.S. was 11.5 years old, according to the Department of Transportation.

For example, plug in those numbers into Goldman Sachs’s chart tracking adoption of electronic stability control — which cuts crashes well enough that the U.S. made it mandatory by the 2012 model year.

In 2003-04, around 10 percent of the U.S. fleet had electronic stability control, according to Goldman Sachs. In 2008, around 30 percent of the Japanese fleet had it. The U.S. fleet in general was far ahead of Japan in receiving the tech, but the long tail of aged American cars means many vehicles on U.S. roads still don’t have it.

Other factors explaining the current discrepancy:

“Monetizing the rise of Autonomous Vehicles”