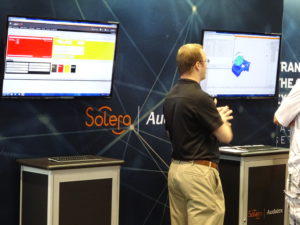 The U.S. Court of Appeals for the Federal Circuit last month agreed with the Patent Trial and Appeal Board’s decision to throw out two of Audatex’s patents, leading Mitchell to declare “complete victory” on Wednesday.

“To see the Federal Circuit affirm the PTAB’s decisions so quickly after oral argument is welcome news for Mitchell,” Mitchell Senior Vice President and general counsel Stephanie Kroon said in a statement. “We believed from early in the case that Audatex’s claims against Mitchell had no merit and the Federal Circuit has confirmed our position. This decision is a complete victory for Mitchell.”

Audatex said it had no comment when asked about the ruling and if it planned to appeal to the Supreme Court.

The Patent Board agreed with Mitchell’s argument that the patents for calculating values for damaged cars was an “abstract idea” — which under U.S. law can’t be patented.

“Petitioner contends that claim 1 is directed to the abstract concept of ‘valuing a damaged vehicle based on information about that vehicle,’ the PTO summarized Mitchell’s case against each patent. “Specifically, Petitioner contends that ‘all that the claims do is collect information about a damaged vehicle and use that information to calculate the vehicle’s value.’ According to Petitioner, that is a ‘core insurance practice that has been carried out by claims adjusters for ages,’ and could also be practiced in the mind, or by using pen and paper.”

It said the same about Audatex’s attempts to substitute new patent claims.

Audatex had appealed, arguing to Chief Judge Sharon Probst and Circuit Judges Raymond Chen and Kathleen O’Malley  that the Patent Board was wrong to call its substitute language overly abstract and unpatentable. 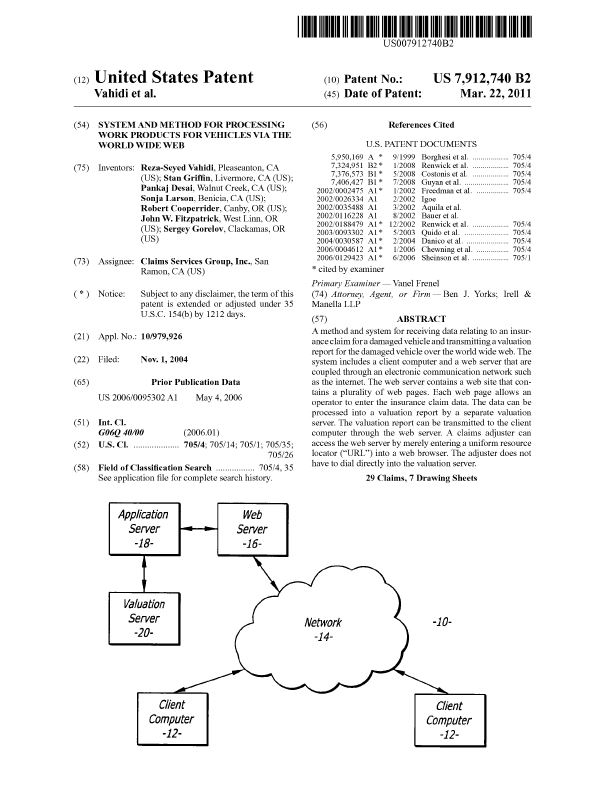 “We conclude that the proposed claims are directed to the abstract idea of ‘providing a vehicle valuation through the collection and use of vehicle information,'” she wrote. “Here, the proposed claims recite nothing more than the collection of information to generate a valuation report for a damaged vehicle with the aid of well-known technology. They are neither directed to an improvement in computer functionality, nor provide a specific improvement in the way computers operate.  Rather, they embody an abstract idea that merely uses a computer and generic components as tools to collect these data and generate reports. …

“Here, the proposed claims neither improve the technological infrastructure nor provide solutions to challenges particular to the Internet. Rather, they add computer functionality and recite use of the Internet to increase the speed and efficiency of an abstract process. This is not enough. …

“When viewed as an ordered combination, the proposed claims recite no more than the sort of ‘perfectly conventional’ generic computer components employed in a customary manner that we have held insufficient to transform the abstract idea into a patent-eligible invention.”

Audatex patent No. 7,912,740 was invalidated by the Patent Trial and Appeal Board in 2016. (Provided by U.S. Patent and Trademark Office)