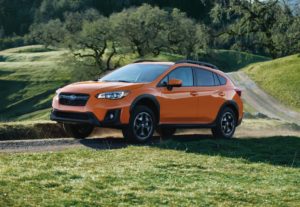 The OEM has provided some greater details about the steel structure in the Subaru Global Platform — which will ultimately provide the architecture for all next-generation Subarus — notably how its design manages collision energy and enhanced rigidity.

“Crosstrek’s new platform integrates new framework with optimized cross sections and highly stiffened joints between structures to significantly enhance straight-line stability, agility, and ride comfort while suppressing noise, vibration, and harshness to a degree not seen before in the small SUV class,” Subaru wrote about the 2018 Crosstrek. “Specifically, the new platform increases rigidity of the unitized body structure by over 70 percent.”

We weren’t permitted to reproduce the internal diagrams described here, merely to write about them, so you’ll have to check Subaru repair procedures for a better sense of the design. However, some of what we’re describing can be seen in other graphics  of the platform Subaru has released to the media as well as this image Subaru provided of the 2017 Subaru Impreza hatchback wagon body-in-white: 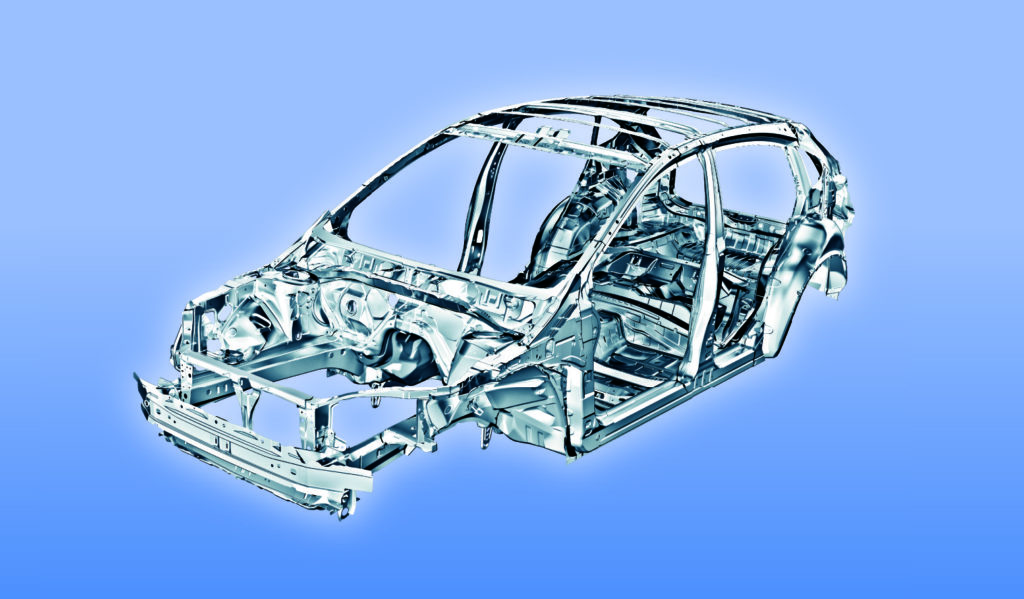 The presentation on the global platform also shows a vehicle underbelly with more “front frame rigidity,” a stronger torque box in front of a stronger side sill rail, which is in turn followed by a stronger rear frame joint. Notably, the front frame continues at a diagonal angle from the torque box to the rear frame joint, rather than in a horizontal line connecting to a crossmember as in the previous generation of the platform’s skeleton.

Subaru also showed off 23 feet of structural adhesive along the diagonal frame structure and rear frame joint, as well as along two crossmembers in the rear of the vehicle. Finally, it noted a “(s)ignificantly straightened front bulkhead.”

A graphic provided separately from the PowerPoint presentation also depicted a “(H)igh rigidity foaming agent” in the rear frame rail area, which in addition to rigidity probably helps with noise, vibration and handling.

The foam was described further in Subaru’s answers to some of our questions regarding the lightweighting and joining of the Crosstrek/Global Platform:

The following joining technology is adopted.

Another Subaru graphic provided to us indicates the front frame rails of the new Subaru Global Platform have a resistance 20 percent higher than the previous-generation platform, and the diagonal frame member extending from them is composed of hot-press steel. The OEM added framework to the transmission tunnel and increased the cabin strength in the toepan area transmission tunnel, and sill rail, according to the diagram.

The bumper reinforcement beam is part of a “(g)ussetted” front-end structure including a “(c)rush box used for increased safety and lower repair costs.” The elaborate design is going to be a crucial detail for a repairer to properly restore. 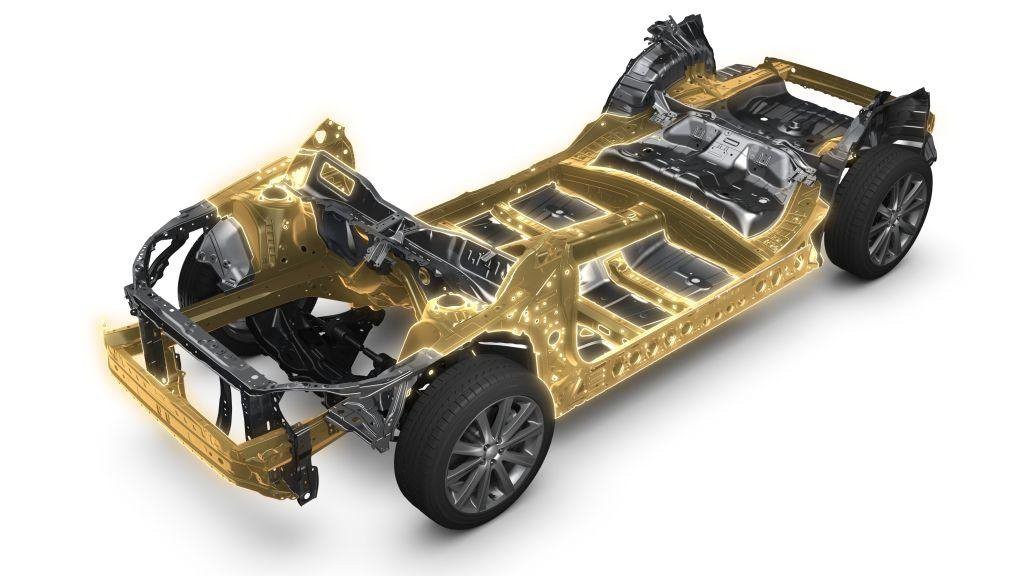 Some of the changes might have led to the 2017 Subaru Impreza performing even better on the IIHS small-overlap test than the 2016 prior-generation edition. The car aced the 40 mph test and overall earned a Top Safety Pick+ both model years, but there was even less intrusion in the 2017 Global Platform model.

Maximum intrusion at the driver’s footrest — i.e., the likelihood of the driver’s legs and feet being crushed in a crash — dropped 5 centimeters from 12 cm to 7 cm on the wagon version of the Impreza, according to to the IIHS. The upper interior intrusion fell from 4 cm to “2-4 cm at the upper hinge pillar and instrument panel,” the IIHS wrote.

Neither the Subaru diagrams nor the representative providing answers to our question went into details into the different grades of steel on the vehicle aside from the reference to hot-stamped steel. However, the references to the platform’s increased strength, energy absorption and rigidity suggest shops can probably expect a cornucopia of steel grades, including more of the higher-strength steels carrying repair restrictions.

As far as other lightweight substrates, the hood is aluminum, Subaru said.

As noted above, Subaru plans to make all of its next-generation models using the platform through at least 2025, so if techs familiarize themselves with the automaker’s recommendations (available here via I-CAR), they should be relatively comfortable with all next-gen Subarus. (Though shops should still double-check OEM procedures online on every car, every repair.)  But a technician wrong about one element of the modular platform’s repair will likely repeat the error across all the Global Platform Subarus he or she encounters.

Of course, given the rapid technological change, the technician might have to adapt multiple times before the platform becomes obsolete.

“The platform anticipates further improvements in strength and new materials and has the potential to continue to offer the world’s highest levels of collision safety even in 2025,” Subaru wrote about the platform in 2016.

Asked which elements of the platform change for the different Subarus being produced, a Subaru representative wrote, “When the tread is widened, the suspension mounting part is changed, and when the wheel base is extended, the floor is changed to correspond to each model.”

The 2018 Subaru Crosstrek Premium wagon is shown. (Provided by Subaru)

All next-generation Subarus starting with the Impreza on sale later this year will feature a rigid, strong platform (seen here in a rendering) using higher-strength steels to deliver a smooth, safe ride, the OEM announced Monday. (Provided by Subaru)