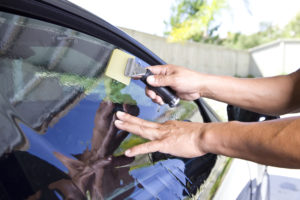 Audatex: Act of seam sealing included — but other parts of process aren’t

If you’re putting seam sealer on a rear body panel, the physical act of applying that seam sealer is included — but related operations needed before and during that application aren’t, according to the DEG.

The DEG’s tip quoted an Audatex response to a March inquiry about seam sealer on the rear body panel of a 2016 MINI Cooper.

“When replacing the rear body panel on this vehicle labor for application of seam sealer is included,” the user wrote. “Is time to setup equipment, mask, match factory texture once applied included for the seam sealer process?”

The user proposed: “Mask for application, equipment setup and match factory texture should be noted as judgement times by the technician.”

According to Audatex, they already were:

“The labor for seam sealer application is included in the replacement of the rear body panel,” Audatex wrote. “Any special processes required for the application of seam sealer to duplicate the appearance, masking or equipment setup would be a manual consideration.  No change warranted at this time. Painters take note: “Refinish time for the underside of hoods, lids or gates does not include mixing of a different color,” the DEG wrote about CCC in March. “This is also true when selecting edging of a part.”

It referred users to Pages G37 and G38 of the Motor Guide to Estimating.

This calls to mind CCC’s recent clarification of the guide to note, “Some component backsides of vehicles may not be refinished; however, the OE replacement component may be supplied in a different E-coat color than the damaged vehicle.” (Learn more about other recent paint department-related revisions here.)

If you need to tint a window, you’ll have to figure out the time yourself and add it manually to Mitchell, according to the DEG.

“Replacing the aftermarket window tint is a not included operation in Mitchell,” the DEG wrote in April. “This can be found in the Mitchell Estimating Guide under glass R&R and would require a manual line for the judgment time.”

A shop must manually enter additional tint time manually into Audatex, as the estimating service only allows a single tint cycle to match the paint, according to the DEG,which quoted AudaExplore’s 2015 response to an inquiry about a 2015 BMW X5.

“IS THE TIME TO FORMULATE A COLOR INCLUDED IN PAINT TIME?” the DEG user wrote. “WHAT I MEAN IS THAT SHOPS THAT HAVE MIXING SYSTEMS INHOUSE, THE TIME TO WEIGH OUT ALL NECESSARY TONES TO CREATE A FACTORY COLOR……INCLUDED OR NOT?”

Audatex explained that the base refinish time “accounts for mixing the color for a factory paint code and one tint cycle to match the paint on the vehicle.” It noted that this work is not part of the refinish setup time.

“If a custom color is applied to a vehicle this is not accounted for in the Audatex refinish allowance per Section 4-5 Refinish Operations of the Database Reference Manual,” Audatex wrote. (Section 4-4 might also be useful for estimators and painters to consult.) Adding unrelated prior damage in Audatex

So you’re fixing something unrelated to the collision as part of the job? The DEG in April offered some advice on how to keep track of the extra work.

“When adding Unrelated Prior Damage to your estimate in Audatex, be aware that the system will calculate overlap between your damage estimate lines and the unrelated prior damage lines,” the DEG wrote. “This is not evident unless you look at the labor report, which will show what overlap was taken. To avoid unintended overlap between the two estimates, a separate Unrelated Damage estimate would be necessary.”

The response quotes AudaExplore’s answer to an April inquiry about an apparently unlucky 2014 Chevrolet Silverado.

“When an estimate is written that includes a UPD (Unrelated Prior Damage) estimate, there is overlap being taken from refinish on the original estimate,” the user noted. “Because this is unrelated prior damage there should not be any overlap taken. The only way to see the overlap is by viewing the labor report because the estimate does not show any indication that overlap was taken.”

The user argued that Audatex should be reconfigured “to where it will not alter the original estimate when UPD estimate is written or add a notification in the system that shows overlap was taken on the estimate without having to view the labor report.”

“The estimate may also be adjusted based upon prior damage in a different area from the current collision,” the manual states. “This code indicates that in the estimate preparer’s judgment, damage exists from a prior incident which has no effect on the damage in the current estimate. This may be accounted for either in monetary values or labor time. The total UP amount will be printed separately from all other estimate totals. Overlap is applied between the current estimate and the Unrelated Damage portion of the estimate.”

Seam sealers and cavity wax application wands can be seen at the 3M NACE booth July 28, 2017. (Provided by Shawn Collins/3M)