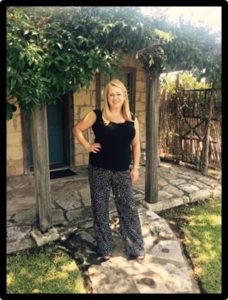 Following a $31.5 million verdict against a Dallas auto body shop for what the jury found was its role in a couple’s serious injuries, the Auto Body Association of Texas plans to start holding members to a higher standard “in terms of safety,” Executive Director Jill Tuggle said Monday.

Tuggle, who attended closing arguments Friday and the verdict Monday in Seebachan v. John Eagle Collision Center, said the idea was fresh and details had yet to be worked out.

“This all kind of sprung today,” she said. But the case crystallized “the things we should have done.”

Members might be asked to take an oath of some sort, she said. That way, ABAT can refer customers to those collision repairers with a locator on its website and be confident the shop is trained and willing to do a quality repair.

As noted earlier, the idea is raw and will be fleshed out by the trade group. ABAT would likely be working on the quality control initiative through the end of the year, Tuggle said.

“Our mission is to create an environment of Professionalism, Respect, Accountability, Excellence, Enthusiasm and the ability to collect Fair and Reasonable compensation for Collision Repairers who properly restore vehicles to their Safe pre-loss Condition,” ABAT’s mission statement states. (Emphasis ABAT’s.)

An expert for the plaintiffs said the use of adhesive — thought to be 3M’s 8115 — compromised the roof’s ability to manage collision energy for the unibody vehicle, leading to a more severe collision experience for its subsequent owners, Matthew and Marcia Seebachan. The couple suffered serious injuries and were trapped inside the burning Fit in 2013 after T-boning a hydroplaning 2010 Toyota Tacoma which traveled into their lane.

The jury awarded $42 million and declared John Eagle Collision responsible for 75 percent of it; the rest of the culpability went to the other driver.

“We’ve got to take the word recommendation more seriously,” said Tuggle, who described the jurors as feeling OEM recommendations were how cars should be fixed. Insurers and even John Eagle Collision had argued that they’re merely suggestions, interchangeable with another idea of how the repair should be done.

Tuggle was present in the hallway following the verdict for an informal Q&A with jurors. She said the jury was interested in justice for the Seebachans, not with trying to fix the collision repair industry. But she said she introduced herself, said repairers were watching the case closely, and “‘this will have a big impact on our industry.’”

“They thanked me,” Tuggle said. She said she got the impression her comments helped them feel like “‘I did the right thing’” with the verdict.

Tuggle called the case a tricky one for her as a trade group director. She hates to see a shop sued, but repairers seemed “mostly positive with the verdict today,” she said.

Seeing Matthew Seebachan in the courtroom “personifies the impact that we can have on people,” she said. Based on the jury’s damages, he endured and will experience the most pain and suffering,

She said she told Seebachan “our industry has used this for a learning experience” and “everyone’s listening now.”