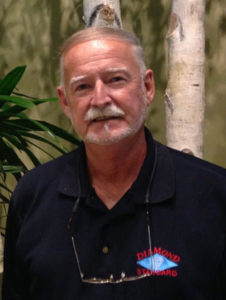 Geoffrey Crane, who marketed Diamond Standard aftermarket parts for more than a decade as director of industry relations, has died. He was 70.

“Geoff was a true professional in every sense of the word,” Diamond Standard CEO President Michael O’Neill wrote on Crane’s Coleman Funeral Home Tribute Wall. “He was well known and respected by his peers in the Automotive Aftermarket. He was a friend and a colleague and we will miss him.”

Prior to joining Diamond Standard in 2006, Crane spent nearly 12 years starting in 1988 at the automotive division of fuel, cleaner and remover producer W.M. Barr, manufacturer of brands like Bulldog. There, he led five employees and 125 paint, body and equipment and retail representatives and posted an average of 25 percent annual sales increases, according to his profile.

Crane had a “passion for cars,” according to an obituary. Other interests included barbecue competitions and fishing.

Details on services were unavailable, as were suggestions on a donation on lieu of flowers. Condolence flowers or gifts and messages and remembrances may be conveyed to the family through Coleman Funeral Home.