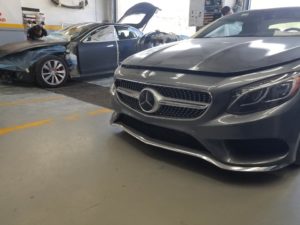 One of the first Mercedes-certified auto body shops in America has sued a local dealership for demanding what the repairer called a “mafia-style bribe” and violations of New York regulations to remain on the OEM’s network.

North State Custom also sued Mercedes itself, which North State owner Greg Coccaro Jr. said allegedly effectively declared “tough luck” and stated it had no control over Celebrity Auto of Westchester (which does business as Mercedes-Benz of Goldens Bridge) or any other dealerships. The lawsuit also names North State Custom competitor S&L Collision Center, alleging it agreed to the payments and improper behavior and obtained the now-uncertified North State Custom’s Mercedes business.

The shop demands $11.5 million plus interest on each of the counts against Mercedes, Celebrity, and S&L.

Regardless of its merits, North State Custom v. Mercedes et al calls attention to the power a dealership could potentially wield in an OEM certification network demanding a retailer sponsor a collision repairer —  particularly in a situation where the OEM restricts parts to certified shops. North State Custom did about $1.5 million in Mercedes repair work annually and has invested for years in equipment and other necessities to preserve Mercedes certification. Both the revenue and the sunk costs in such a scenario would be leverage for an unscrupulous dealership.

North State Custom has been a Mercedes-certified shop since 2003 without any interruption, according to owner Greg Coccaro Jr. It completed some necessary upgrades for its recertification, passed all required audits, and paid what was then Estate Motors the necessary fee in early 2017. Prior to the recertification being formally completed, Estate Motors was bought out by Celebrity Motors of Westchester, which summoned the shop for a meeting.

“At that meeting, Celebrity’s service manager and body shop coordinator responded that although Celebrity had been advised by Estate Motors, Inc. that North State Custom does excellent work, they (Celebrity’s representatives) wanted to know what percentage of each Mercedes-Benz automobile repair North State Custom was willing to kick-back to Celebrity in exchange for Celebrity continuing to allow the MBUSA-North State Custom relationship to continue,” the lawsuit states.

According to Coccaro, the dealership sought a 25 percent payment on labor and to make 100 percent on parts sold to North State Custom.

Coccaro observed in an interview Friday that at a 50 percent markup, the dealership made $250,000 of the $500,000 in Mercedes parts the body shop typically buys. It also makes an audit fee, the lawsuit notes. (Celebrity did pay back the recertification fee check sent to Estate Motors after booting the shop from the OEM network, Coccarro says.)

“The greed is just unbelievable,” he said.

“It was a flat-out, mafia-style bribe,” Coccaro said. 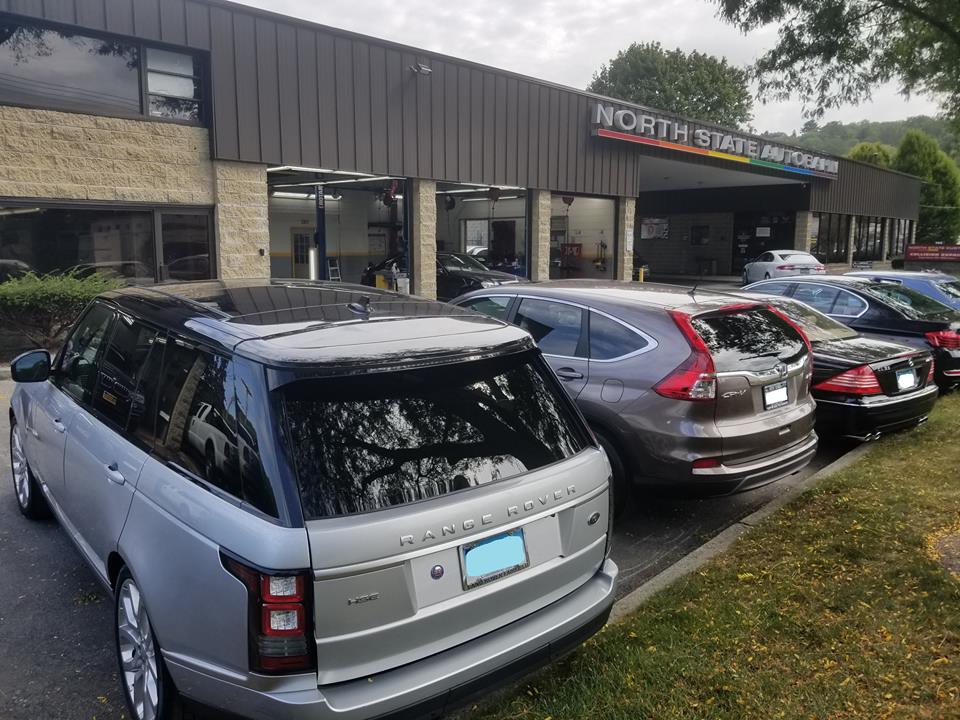 The dealership also allegedly sought to upend the claims process by demanding that “whenever a Mercedes-Benz vehicle comes into Celebrity for a repair, that vehicle would be evaluated for repair at the Celebrity Dealership by Celebrity employees who would write a repair estimate and arrive at an agreed repair price with the customer or his/her insurance company and then send that car to North State Custom for it to do the repairs in accordance with Celebrity’s estimate of repair,” the lawsuit states. It alleges that Celebrity also wanted to invoice the customer.

North State Custom told the dealership that both of these actions violated New York regulations declaring it illegal “for an insurer to negotiate a repair with an unauthorized repair shop [Celebrity is not a registered authorized repair shop]” and requiring auto body shops to provide Certification of Automobile Repairs, “since a Certification of Repairs requires a sworn statement that the repairs were made in accordance with the repairer’s invoice – and Celebrity, who would not be making the repairs, insisted on invoicing the customer directly.”

“We will negotiate with your insurance company to get all the monies required to repair your vehicle back to manufacturers specifications,” the Mercedes-Benz of Goldens Bridge website states Friday, though it also references being “affiliated with full-service, fully accredited and Mercedes-Benz approved body shops.”

A Celebrity representative said he was unfamiliar with the lawsuit but based on our summary of the allegations, “that’s not true.” We emailed the lawsuit and Coccaro’s news release to him and might have a more in-depth response shortly. Continue to check Repairer Driven News for updates.

The lawsuit accuses S&L Collision of agreeing to the alleged terms set by Celebrity and therefore interfering with North State’s own relationships. “He knew that I was losing my certification,” Coccaro said. “… He wants to play dirty.”

“Upon information and belief, S&L acceded to Celebrity’s conditions for sponsorship of S&L as an MBUSA certified collision repair facility and is now paying Celebrity ‘kickbacks’ on its repairs and S&L is in violation of the Repair Rules and Regulations of the State of New York.”

John Varachi, attorney for S&L Collision, said Friday that the owner’s “got nothing really to say except really to deny” everything in the complaint and that “whatever he did was perfectly above board.”

Coccaro said he informed a Mercedes collision representative what had happened but was told, “‘Well, we have no control over the dealers.'”

“Basically, ‘tough luck,'” Coccaro said. Ironically, he said “this was the shop all the Germans used to come to” when Mercedes corporate would tour a certified collision center in the U.S.

“I’m afraid there is little we can offer here, unfortunately we cannot comment on pending litigation,” Mercedes communications Director Rob Moran wrote in an email.

“It’s a real dereliction of the program,” Coccaro said. He said he’s never encountered such a shakedown attempt from any of his other luxury certification programs, but at Mercedes, “nobody watches anything.” There’s no oversight of the dealerships or the ostensibly restricted parts being sold to uncertified shops on the side by them, Coccaro said. 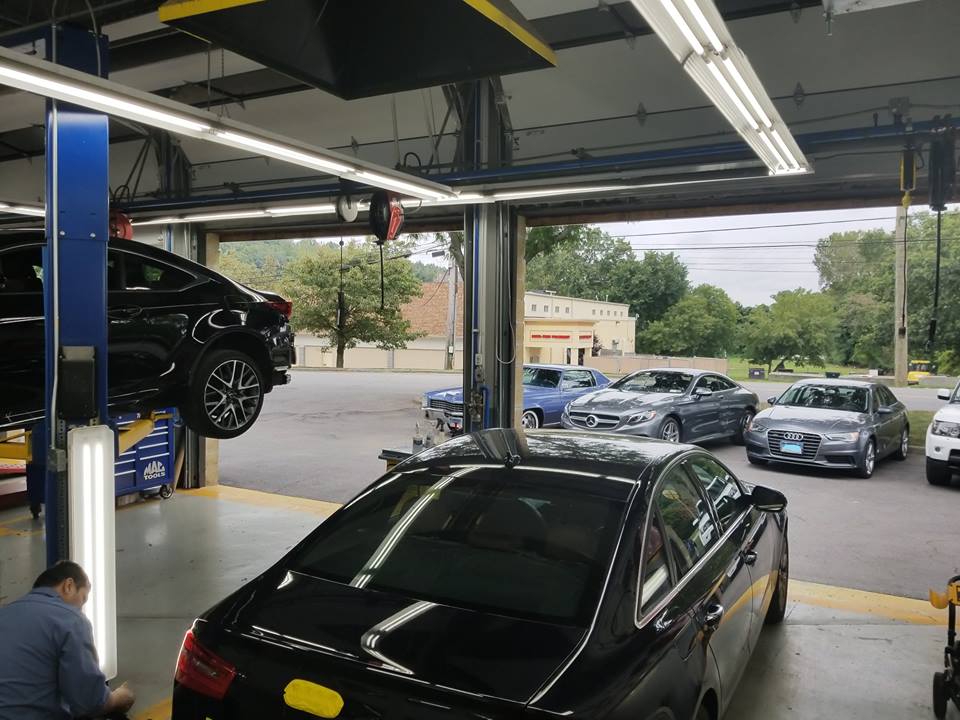 North State Custom explained the circumstances formally requested recertification through its counsel in August. It argues that the OEM’s handling of the situation violates “its Certified Collision Program Brochure [Ex. 3] which states: ‘Should the Certified Collision Center or sponsoring dealership not wish to maintain its certification status, it is imperative that all associated parties be informed in writing of the decision prior to the audit visit … [and] [i]f the collision center meets the requirements for recertification, the Mercedes-Benz Collision Team will extend the collision center’s certification as a Mercedes-Benz Certified Collision Center for an additional two years.'” (Emphasis North State Custom’s; minor formatting edits.)

“That contract has never expired,” Coccaro said of his original 2003 agreement with Mercedes.

Coccaro said he has two goals. “I want my certification back,” he said, but “…I really want this to be a wake-up call.”

He claimed that “every dealer around my shop is pay to play,” and “the majority of shops around me all pay.” His message is for dealerships to “stay out of the auto body business unless you want to build yourself a body shop.”

“I’m trying to drag the dirt out into the light,” Coccaro said. “… I was so appalled.”

“The lawsuit is a case of first impression in New York and will likely have ramifications throughout the industry as it moves forward,” a news release dated Wednesday states.

Coccaro said he was carrying on the tradition of his father, Greg Coccaro Sr., who successfully fought Progressive in court.

“I am just as committed to doing the right thing as my father was,” Coccaro said. “… Just like him, I’m not afraid.”