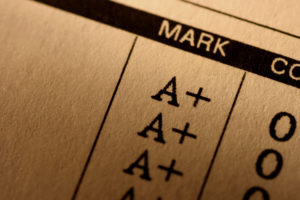 CRASH Network announced that it will bring back its “Insurer Report Card” for a second year and urged auto body shops to take the anonymous survey.

The 2017 study was released in September. The report provides customers with an opportunity to see which national and regional insurers are likely to treat them well during a collision claim by polling the body shops who constantly interact with — and in some cases battle — each carrier.

“Because each state has a different mix of insurers, the ‘Insurer Report Card’ allows repairers to grade insurers specific to their state,” CRASH Network editor John Yoswick said in a statement. “More than 85 different insurance companies were graded by over 1,200 shops in the first year’s ‘Insurer Report Card,’ making it far more extensive than any such survey done in the past, which have generally focused on only the 10 largest insurers in the country. The results of the ‘Insurer Report Card’ can help consumers know, for example, if some smaller, regional insurers they may not be as familiar with are really great at taking care of customers.”

Asking shops for input is worthwhile, as customers polled in other claims quality surveys might not always be privvy to the kind of behind-the-scenes fighting over OEM repair procedures, painting methodology and parts which can dictate the actual quality of their repair or whether the customer must pay out-of-pocket to get the job done right.

While researching insurer premium prices and their claims bedside manner is important, it’s arguably more important that Americans shopping around for a carrier have a mechanism to determine if those premiums will translate into an insurer who’ll actually make them whole after a loss. (Which is the whole point of insurance, after all.)

For example, J.D. Power’s annual Auto Claims Satisfaction Study asks customers about “claims servicing” by inquiring “How well you were kept informed on the progress of the claim,” “Availability of the staff,” “Helpfulness of the staff” and “Responsiveness of the staff.” CRASH Network’s survey asks body shops, “How well does this insurer’s claims handling policies, attitude and payment practices ensure quality repairs and customer service for motorists?”

Insurers receive a grade between A+ and F.

“The opinion of collision repair professionals, who deal with auto insurers every day, sends a powerful message to both insurers and consumers about which insurance companies demonstrate a commitment to quality repairs and service for customers,” Yoswick said in a statement. “The highest-graded insurance companies in our first ‘Insurer Report Card’ are now advertising the ranking they earned through their traditional marketing and social media networks. We believe that message of repairer approval not only distinguishes those high-ranking insurers from the companies that earned lower grades, but it also gives lower-ranked companies incentive to improve.”

The estimator, manager or owner most familiar with the insurers is asked to take the survey here at www.crashnetwork.com/gradebook. All shops who participate are kept anonymous and will receive a free copy of the results. Each separate location of an MSO is allowed to fill out their own individual survey.

The 2017 study received responses from 1,221 collision repairers in all 50 states, and each participant graded an average of 17 insurers active in their state out of what nationwide worked out to be 136 graded insurers. The study ended up listing 86 carriers.

North Carolina Farm Bureau came out as the best insurer in the country (receiving an A), followed by Nos. 2 and 3 Grinnell Mutual and Acuity Insurance, both rating an A-. Acuity seems to have the largest national footprint of those three. As CRASH Network observed:

Judging by the more than 10,000 comments those repair professionals submitted while grading the insurers, there are several key traits that the high-scoring insurers have in common. Among the top five insurers, for example, repairers repeatedly used phrases such as, ‘cares for the customer,’ ‘quality repair,’ ‘easy to work with,’ ‘fast response’ and ‘hassle-free.’ One repairer, for example, noted about Mutual of Enumclaw (ranked 4th in the nation), “They ask us only to repair the vehicle as if it were our own, and in a timely manner. This company trusts us to take care of their needs, while taking care of the customer’s needs as well.”

As for the lower-scoring insurers:

Repairers often used phrases such as, ‘does not care about the quality of the repair,’ ‘pushes us to use cheapest/lowest quality parts available,’ ‘does not follow manufacturer repair specifications,’ ‘hard to deal with,’ ‘inexperienced adjusters’ and ‘only cares about cost.’ Commenting on one of the lowest-ranked insurers, one repairer wrote, “Adjusters never answer the phone. [They push for] all aftermarket parts on all cars, even [newer vehicles] with less than 2,000 miles, and do not pay for necessary procedures to properly repair a vehicle.”

Featured image: CRASH Network announced that it will bring back its “Insurer Report Card” for a second year and urged auto body shops to take the anonymous survey. (sd619/iStock)