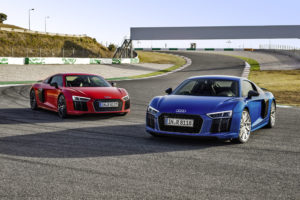 Audi collision programs Director Mark Allen’s recent VeriFacts Guild21 appearance offered a few more interesting tidbits about the OEM’s certification network besides his in-depth explorations of repair procedures and equipment requirements. Here’s a roundup of some of the other highlights:

Stressing the importance of making mistakes in the classroom instead of in a body shop,  Allen said the OEM hopes to open a second training facility early next year.

The existing Virginia facility — a $1.5-$2 million “toybox” — only had seats for about 600 technicians cumulative throughout 2017 and is shared with Volkswagen, Allen told a VeriFacts Guild21 call Thursday. Audi therefore restricts admission to repairers within its certification program — and even that made for a difficult demand to meet, he said.

“We have a capacity issue,” Allen said. However, Audi might rethink its certified techs-only policy as the launch of the second center in the first quarter of 2018 opens more seats, he said.

“We’ll look at expanding that,” he said.

Allen said he viewed mistakes at the training center as a “learning opportunity.” He offered the example of returning once to find a group of Lamborghini-certified technicians — some of the best repairers in the world — who had become the “most dejected people ever to walk the face of the earth.”  They’d made a mistake while cutting off the nose module of what had been a SEMA-bound car.

Allen called the error “heartbreaking,” but “also uplifting, because we learned.” He asked repairers if it would be better to have such mistakes made “in my training center, or on your customer’s car?”

Audi allows and welcomes insurers to visit the facility, seeing this as an opportunity to explain “why you should do this and not that,” Allen said. For example, Audi’s center is near GEICO’s training center, and the carrier’s estimators and managers will make a day out of visiting the Audi facility and the nearby Insurance Institute for Highway Safety, he said.

(Given this, we’d suggest that if an adjuster at an insurer is being difficult about a required Audi procedure, consider going up the food chain until you’ve found someone who has been to Audi training and might know better.)

Asked why an Assured Performance Network-approved shop — whose certification can be used to join FCA, Ford, Hyundai, Kia and Nissan’s auto body repair networks — wouldn’t be automatically accepted into Audi’s program, Allen said the level of oversight was one reason.

While specifying equipment but not auditing the usage of it made sense from the perspective of an OEM trying to build up a network, such characteristics made for a program “not necessarily as stringent as ours,” Allen said. (Assured Performance CEO Scott Biggs has argued that responsibility and liability for quality control should lay with the shops, not the program.)

Another reason could be a lack of actual demand for Audi collision repair in that shop’s area.

“Where do Audis live?” Allen asked. The OEM seeks to certify collision repairers sponsored by a dealership with customers needing access to Audi body work, he said.

For example, there’s not a “large preponderance of Audis in Wyoming,” according to Allen. (In fact, there’s not even an official Audi dealership in the state.) 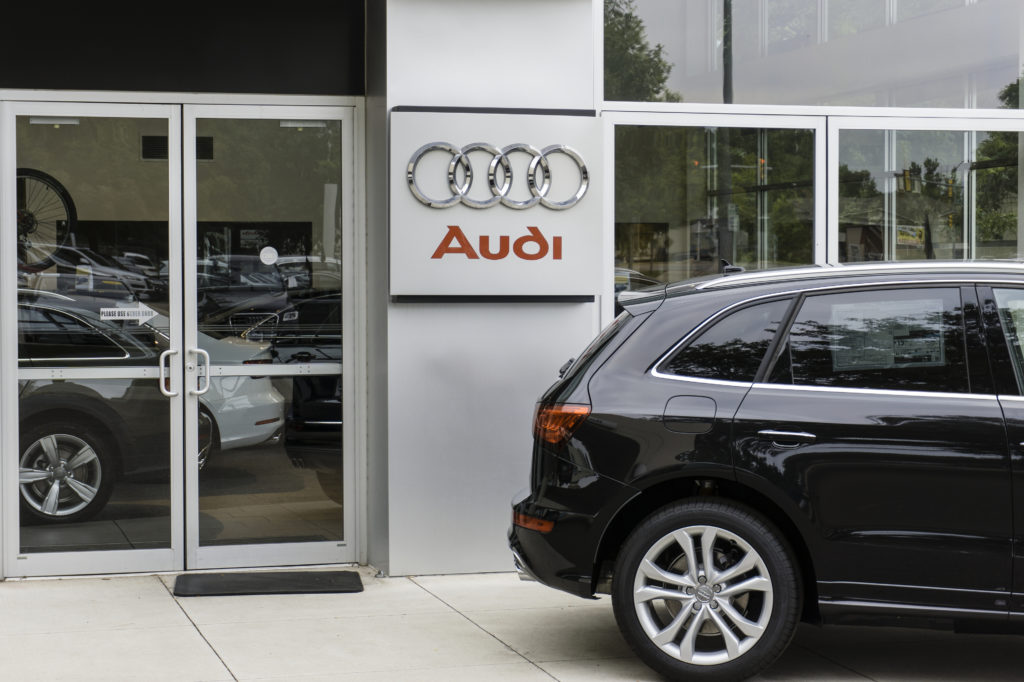 In this vein, Allen suggested shops realistically look at what brands dominate their area and decide “we should do that very well.” Confronted with a different brand, “pass it along to the guy that does that.” In return, that other repairer might pass vehicles of your specialty back to you, he said.

He likened different OEMs’ collision protection techniques (and subsequently, repair procedures) to schoolchildren competing in the traditional contest of protecting an egg dropped from a height.

“No one came to the answer the same way,” but some students’ eggs survived the fall, Allen said.

OEMs use different designs, but “we still protect the egg,” he said.

“This is where you need to say, ‘Hey, what is my business?'” Allen said.

“But if you don’t know how to fix it, you are liable,” Allen said. “You are putting someone’s life at risk for what? The prestige to have it parked in front of your building? I don’t think that’s smart. Not in today’s environment.”

Asked if Audi was reconsidering its dealership sponsor model for certification in the light of a lawsuit against Mercedes for alleged dealership extortion of a sponsored shop, Allen said, “we’re always looking at how we do the best for our customer.”

He said the company’s belief through today was that “the dealer owns the area” and knows both the region and its customers the best. A sponsorship relationship was therefore “pretty important to give that level of care to the customer,” according to Allen.

He stressed that “it’s not predicated on parts sales,” noting that his performance review contains no reference to selling parts. Audi has to take care of the driving public’s health and welfare, and the goal of dealer sponsorships was to focus on customer care and retention.

“The network doesn’t just serve our dealers,” Allen said. Anyone working for Audi who has a lease or personal Audi takes it to a certified shop.

“They do not go to anyone else,” he said.

An Audi damaged in transit or with a paint or warranty issue also is sent to a certified Audi shop, and if a Lamborghini Huracán Super Trofeo gets in a crash on a racetrack, it goes to a Lamborghini-certified body shop, according to Allen.

“We put our money where our mouth is,” Allen said.

An Audi dealership is seen in Fort Collins, Colo., on July 27, 2014. (RiverNorthPhotography/iStock)