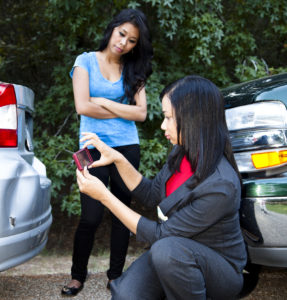 Photo or virtual estimating has spiked from 0.9 percent of estimates in 2016 to 3.9 percent of the market by Sept. 31, CCC reported in the information provider’s latest industry trends video.

Both of those numbers are up from photo estimating failing to register any meaningful appraisal market share in 2015, according to CCC.

That photo/virtual estimating market share came in part at the expense of staff appraisals — down 2.6 percentage points since 2016 — and direct repair program shop appraisals, down 0.8 points.

Service center appraisals, independent appraisers, and open shop appraisals all rose from their 2016 tallies during the first nine months of the year. The biggest winner of those three categories was open shop estimates, which grew to 3.3 percent of the market from 2.4 percent in 2016.

CCC defines a service center as “where the appraisal is written at a repair facility but by an insurance adjuster,” CCC Director and analyst Susanna Gotsch wrote in an email.

The data seems to present an industrywide trend mimicking — if not being heavily influenced by — what happened at Allstate. CEO Tom Wilson said in August the company laid off 500 employees and closing more than 900 drive-in estimating centers as it switched to photo estimating. About half of all driveable estimates were being handled through QuickFotoClaim, the company said.

Allstate President Matt Winter on that August earnings call said the switch to QuickFotoClaim and other processes had boosted efficiency, and Gotsch says in the December CCC video that photo estimating seemed to be saving time for both the customer and repairer.

CCC data for the 12 months ending Sept. 31 also showed photo estimating to post lower cycle times than most physical estimating formats in other scenarios. (Most of the terms in the graphic below are self-explanatory. “Repair Facility Demand Estimate” refers to a CCC “Open Shop” format, and “Insurance Staff Drive-In” refers to a drive-in center actually owned by an insurer, as opposed to the service center format involving an independently owned shop.)

For a shop — even a DRP one — it does seem that switching to photo estimating might cut some of the delays out of the system, based on the statistics surrounding the time between first and last supplement. “As the industry looks to offer its customers greater flexibility and digital self-service capabilities, the key will be to do so in a manner that doesn’t ultimately lead to more work, more confusion, or longer cycle times for the customer,” Gotsch said in the video.

Gotsch also observes that “photo inspections may help consumers that have no intention of getting their car repaired” and presented data suggesting the kind of repair business which could diminish under photo estimating with such customers.

Direct repair shops in the year ending Sept. 31 posted a “capture rate” — the estimate-to-repair ratio demonstrating if the shop got the customer’s business — of only 55.2 percent for repairs up to $500 and 64.8 percent of repairs up to $1,000. The DRP capture rate overall was 74.7 percent.

As Gotsch notes, these customers in the $1,000 and under range might have deductibles higher than the repair cost, file a claim without payment “or they are simply willing to live with the damage to the vehicle.” It sounds like she’s saying that customer group could be an even less dependable source of business in a future with more photo estimating. It’ll be interesting to check this hypothesis with by comparing these statistics to the capture ratios a year from now.

Speaking of the future, the CCC video offers a rough timeline for how photo estimating will give way to artificial intelligence photo estimating — and ultimately telematics-driven estimates, which rely on physics and other data related to the actual vehicle and collision incident.

According to the CCC graphic, staff inspections plummet in the not-too-distant-future while mobile claims spike, then dwindle to be overtaken by a quick but more gradual rise on photo-estimating artificial intelligence. Telematics-driven appraisals will take longer to catch on, but sharply rise.

CCC even gave a taste of its own AI photo estimating with a screenshot of a vehicle apparently deemed a total loss by its CCC Smart Total Loss program. CCC in a December 2017 video gave a taste of its AI photo estimating with a screenshot of a vehicle apparently deemed a total loss by its CCC Smart Total Loss program. (Screenshot of CCC video on YouTube)