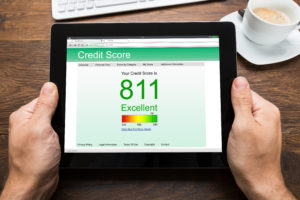 Backed by investors and interest from OEMs, vendors and insurers, Government Regulatory Compliance will roll out a credit score-like metric allowing prospective business partners to see how well any auto body shop in the country complies with fire, EPA and OSHA rules.

A news release Tuesday announced that the ratings initiative, known for now as RecsLock, will be in place for auto body shops in all 50 states by 2019, and one of the men behind it said it will be expanded to mechanics, glass shops and hundreds of thousands of other companies handling hazardous materials.

Steve Schillinger, the consultant overseeing the FICO-like private sector rating, said Wednesday the company has already scored 1,000 companies, including about 400 collision repairers, on the 300-850 scale. (If you want to know if you’ve been scored and to know the result, contact GRC.)

“Little did they know they’re on it,” he said.

“We don’t need the shop’s permission to score it,” Schillinger said.

Unlike the kind of information used in a credit score, the data being fed into the RecsLock report is basically publicly available; it just can be unwieldly to access and review. The RecsLock investors can make money by charging companies for the convenience compiling and updating the data into an easy-to-understand ranking for any shop or other relevant business in the country.

“In this age of full transparency and accountability, this is the way things are going and those businesses that are already doing the right things will benefit from this system,” Schillinger said in a staement. “But, shops and other automotive businesses that are continually cited or fined for not being compliant, they won’t like this system.”

Shops will be able to see their score for free and, as with FICO, receive a more detailed free report on what fed into that score should they dispute the rating, Schillinger said. However, if a shop just wanted a copy of the more detailed report for their own reference, GRC would charge the repairer, he said.

Schillinger said the company basically took the format from FICO and revised it to study regulatory compliance rather than household financial practices. The nitty-gritty of scoring is proprietary and being developed by at least one mathematician.

We asked about the shop’s protection against a private company affecting a repairer’s life with an arbitrary formula nobody voted on or even can see; for example, what happens if GRC decides tomorrow that a paint-covered rag thrown in the wrong trash should knock the score down 200 points?

Schillinger described the mathematical calculations more as a method of putting all the shops on the same page than as a situation where RecsLock on a whim decided to make paint mask fit tests worth 99 percent of a shop’s score.

For example, he said, environmental regulators in one region might demand a shop comply with 40 factors, while another region might only require 5 conditions. RecsLock had to weigh the data using formulas so that the two repairers could be compared apples-to-apples, he said.

“This new scoring system is being established for suppliers, creditors and underwriters to help evaluate the risk of doing business in the ever-changing automotive aftermarket,” Schillinger said in a statement. “This rating, generally called round-robin rating, will indicate whether a shop may have additional low-risk disruptions that can result in costs.

“Regulatory agencies such as EPA, NFPA, PCI and OSHA have already established scoring standards for compliance attainment and every collision repairer is continually rated and measured,” Schillinger said. “Correspondingly, credit scoring bureaus have accepted scoring standards to indicate if a company will likely pay its bills. Like regulatory agencies, credit scores are available from bureaus like Equifax, Experian, and TransUnion that calculate ratings using mathematical models built by FICO.”

Schillinger said the company had received interest from the insurance industry, describing both garagekeepers carriers and direct repair program auto insurers as potential customers for the data.

“In the aftermath of the John Eagle Collision civil case where a couple was awarded $31.5 million for an improper repair on a Honda Fit, insurers are going to be more proactive about vetting shops,” Schillinger said in a statement. “They don’t want the liability and they don’t want to be associated with poorly rated shops, so these ratings are going to be used by insurers as part of their due diligence on a regular basis.”

“All of the major OEs are in this,” he said, and also described interest from the National Independent Automobile Dealers Association. Automakers want to know if a dealership is compliant, Schillinger said, and they also want to vet the quality of their certified collision repair network.

At least one major collision repair and one major mechanical repair chain also want the scores to keep tabs on their branches, Schillinger said, though he couldn’t disclose their names.

Finally, LKQ and FinishMaster have publicly committed to the service, Schillinger said. Asked why either company would care about the environmental and workplace compliance of their company, Schillinger said such a track record in that aspect of their business could be an indicator of a broader credit risk. (Which certainly matters if you’re floating a shop tens of thousands of dollars of parts or paint, as Schillinger pointed out.)

“Compliance ratings are used differently from the way a creditor would use a credit risk rating,” ComplyNet Corporation President Phil Troy said in a statement. “For example, a compliance rating is most often just one of many factors used in an account evaluation. Most bankers and insurers use credit ratings along with inspection reports, permit and license history, city and state records and other kinds of information in their decision-making process. …

“Insurance companies, paint companies, equipment companies and finally the customers themselves will be able to use these numbers to make decisions about whom to work with.”

The company indeed plans to market the scores to consumers, but that’s less of a priority for now, according to Schillinger.

“That’s going to take some time,” he said.

Correction: An earlier version of this story incorrectly reported that the Property Casualty Insurers Association of America was working with Government Regulatory Compliance and had  Experience Modification scores related to workman’s compensation risk. Neither is correct. The article has since been corrected to reflect this.

Correction: An earlier version of the story contained an erroneous reference to National Automobile Dealers Association interest in the compliance score. NADA said Thursday it has not expressed interest. The article has since been corrected to reflect this.

Backed by investors and interest from OEMs, vendors and insurers, Government Regulatory Compliance will roll out a credit score-like metric allowing prospective business partners to see how well any auto body shop in the country complies with fire, EPA and OSHA regulations. (AndreyPopov/iStock)