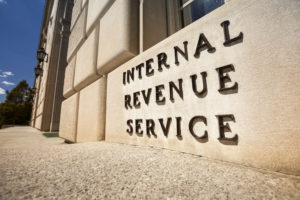 The newly enacted changes for individual taxpayers preserve a major benefit for collision repairers seeking to leave their businesses to their heirs, a tax attorney said on a Small Business Legislative Council webinar earlier this year.

The step-up rule allows assets passed down through an estate to have their “basis” bumped up to fair market value, according to the slides from the presentation by Calimafde and Paley Rothman associate Jessica Summers.

This is important because otherwise, the heir would have to pay capital gains tax on the difference between when the asset was purchased and its value when inherited.

Here’s an example from Calimafde, modified for the collision repair industry: Let’s say a collision repairer bought his shop 50 years ago for $10,000 in what has now become a hot market. The shop property is now worth more than $1 million when he dies and leaves it to his daughter. Without the step-up rule, she’d have to pay capital gains on the $990,000 difference were she to sell the property.

Calimafde said she and others were able to convince legislators that this rule was “critically important” to small business owners.

Heirs and gift recipients also received a “big, big welcome change” with the bump in the estate, gift, and generation-skipping transfer tax exemptions, according to Calimafde.

What had been $5 million becomes $20 million for an individual and $20 million for a couple, indexed to inflation for 2011, according to Calimafde and the presentation slides. She said other numbers are being tossed around, but they appear not to be taking into account the chained consumer price index, she said. It appears that for 2018, the exemptions will be $11.18 million and $22.36 million for a couple, though the IRS hasn’t yet confirmed this, according to the presentation slides.

It looks like individuals and couples can also give out $15,000 and $30,000 in gifts, respectively, without having it count to the limit, though the IRS hadn’t confirmed that, according to Calimafde and the presentation slides.

Calimafde cautioned that state estate tax exemptions aren’t always tied to the federal level, so it’s possible to get hit with a bill from your state.

She said the “million-dollar question” was whether the exemptions would sunset in 2025 or if they’d be renewed. The presentation slides note that a Democratic White House or Congress could cut down the exemption in 2020, and to play it safe, taxpayers might want to consider giving large gifts in the next three years.

“On the other hand, we have never seen the exemption amount go down even though legislation has been introduced to that effect,” a slide states.

You’ll want to consult with your accountant and/or a qualified attorney on this point and anything else related to your own taxes — this article isn’t intended to be a substitute for either or formal tax guidance.

There is a possibility of a clawback by the U.S. Treasury, according to the presentation slides, but Calimafde said she didn’t think it would be a problem, hypothesizing that the language was intended to prompt the Treasury Department to make regulations so clawbacks wouldn’t happen.

Two other items of interest to small-business owners from the individual-taxpayer section of the presentation: