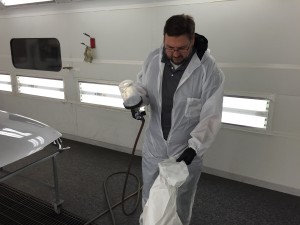 Given both that health risk and the chance of contaminants yielding costly refinishing flaws, painters can’t afford not to completely cover up their face and body, GFS auto refinish technical adviser Jason Garfoot said on a GFS-Auto Body Repair Network-Automechanika webinar in 2016.

“I’ve seen a lot of painters go down for isocyanate poisoning,” he said then. He compared the harmful substances to heavy metals and gave the analogy of the more well-known condition of mercury poisoning.

Thomas said Wednesday that “there’s no hard and fast rule” when a painter will reach the point isocyanate exposure can trigger a reaction. They could paint for 30 years without incident, or suddenly become allergic in a far shorter amount of time.

OSHA 1910.132 says a business owner has to provide suits that could legitimately protect personnel. But how is a painter or repair facility owner supposed to know what suits are appropriate?

Thomas in January 2015 described testing six paint suits, with only one successfully blocking isocyanates. Later that year, he reported that four out of 10 paint suit manufacturers which agreed to test refinishing gear for isocyanate protection reported their suits had passed the ASTM F903 test, “Standard Test Method for Resistance of Materials Used in Protective Clothing to Penetration by Liquids.” The other six either failed or wouldn’t disclose the result of the ASTMF 903 testing. 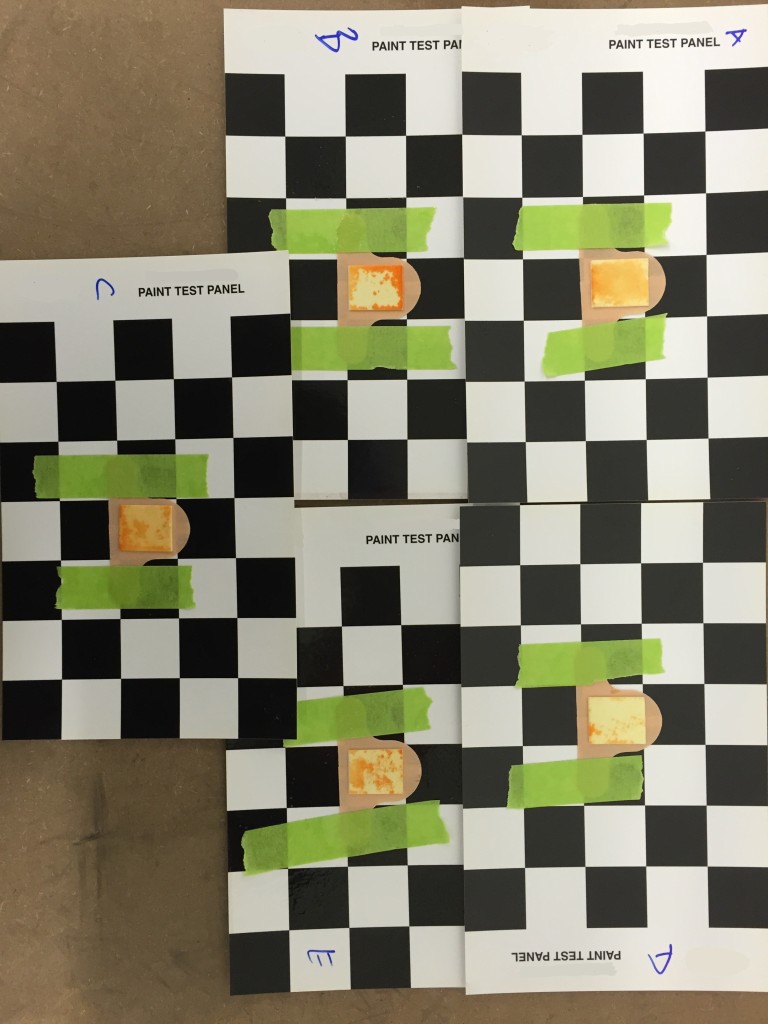 OSHA Industrial Hygiene had written of the ASTM F903 test that, “Yes, it looks like the lab results show due diligence providing PPE that hold up against isocyanate use(;) however(,) as soon as PPE becomes soiled by isocyanates(,) clothing needs to be changed out, according to the NIOSH pocket guide to Chemical Hazards.”

Thomas in 2015 refused to specify which of the 10 manufacturers passed, failed or refused to disclose the results of the ASTM F903 testing. He only provided a list of the 11 manufacturers who had contacted him.

Repairer Driven News recently followed up with the 11 manufacturers, asked them if their paint suits could pass ASTM F903, and researched what else they’ve said on the matter.

Some said at least one suit has passed that test or described compliance with EN 13034 testing, which Thomas said Wednesday referred to an international standard adequate for isocyanate protection.

“OSHA has reviewed the EN 13034 certifications with the manufacturers that I’ve dealt with and confirmed it met the F903 requirements,” Thomas wrote in an email.

One manufacturer described its actual testing as proprietary but confirmed it sold suits that would protect against isocyanates. Others didn’t respond to us but have put in writing elsewhere that their suits protect against the substances. Some didn’t answer at all.

Here’s the responses we received and what we were able to dig up online. Keep yourself or your staff safe with a suit confirmed to block isocyanates — and remember, just because a manufacturer sells one paint suit that does doesn’t mean all their PPE meets that threshold — and consider requesting formal documentation from your manufacturer in case OSHA comes calling.

No response. However, a brochure states that its Gen-Nex option has passed ASTM F903.

“We have manufactured a suit that meets ASTMF 903 standard which can be special ordered by customers if they desire that level of protection,” Sam Steele of CTW International wrote in an email. “That is our only piece of equipment that meets this standard right now.”

DeVilbiss documentation of the ASTM F903 standard is here.

Cadillac Presentation Solutions did not respond.

Shoot Suit did not respond.

DuPont did not respond, but it reports that it has multiple suits which would fit the bill. 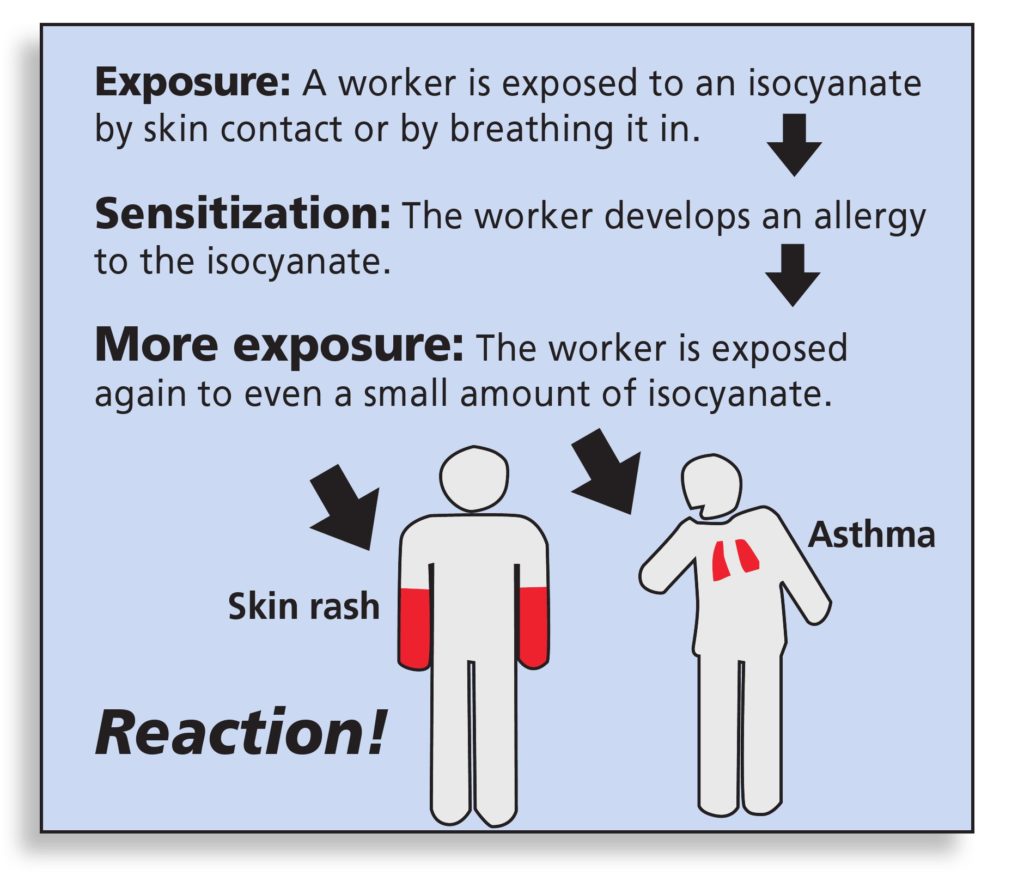 “Our paint suits are compliant with OSHA’ S  compliance 1920.132 for protective garments against  (i)socyanates  penetration while painting a vehicle in a regulated environment,”

“All our paint suits are compliant no matter who we manufacture them for.”

Asked what tests this included, he replied:

Our paint suits are compliant with OSHA’ S  compliance 1920.132 for protective garments and meets  inspection tests  against  Isocyanides  penetration,  caused by back spray mist or vapour , while painting a vehicle in a regulated environment.

Our paint suits are compliant as requested, no matter who we manufacture them for. At their request, our customers receive a confidential copy of the tests done by a certified lab.

Of course our MO on this is confidential as we don’t intend to teach our competition how to do it.

Please understand that Different finishes are used for different applications, our suits are compliant for our application as stated and we stand behind it.

Coverco did not respond. However, it in 2015 provided test results to CRASH Network that at least one suit met the EN 13034 standard.

The Summit Group did not respond.

3M didn’t reply to us, but a flyer declares it has products able to handle isocyanates. (In a footnote, it advises, “Where heavy liquid contact is anticipated, contact 3M Technical Service at 1-800-243-4630.”)

In terms of other protection, Thomas said there wasn’t as many defined standards a painter could use to check the isocyanate protection offered by items like a face mask, gloves and booties.

Gloves should be nitrile or neoprene, he said, and masks should be a separate fresh air hood or full-face mask. A half face-mask defeated the point, as parts of a painter’s body were still exposed and could come into contact with isocyanates. 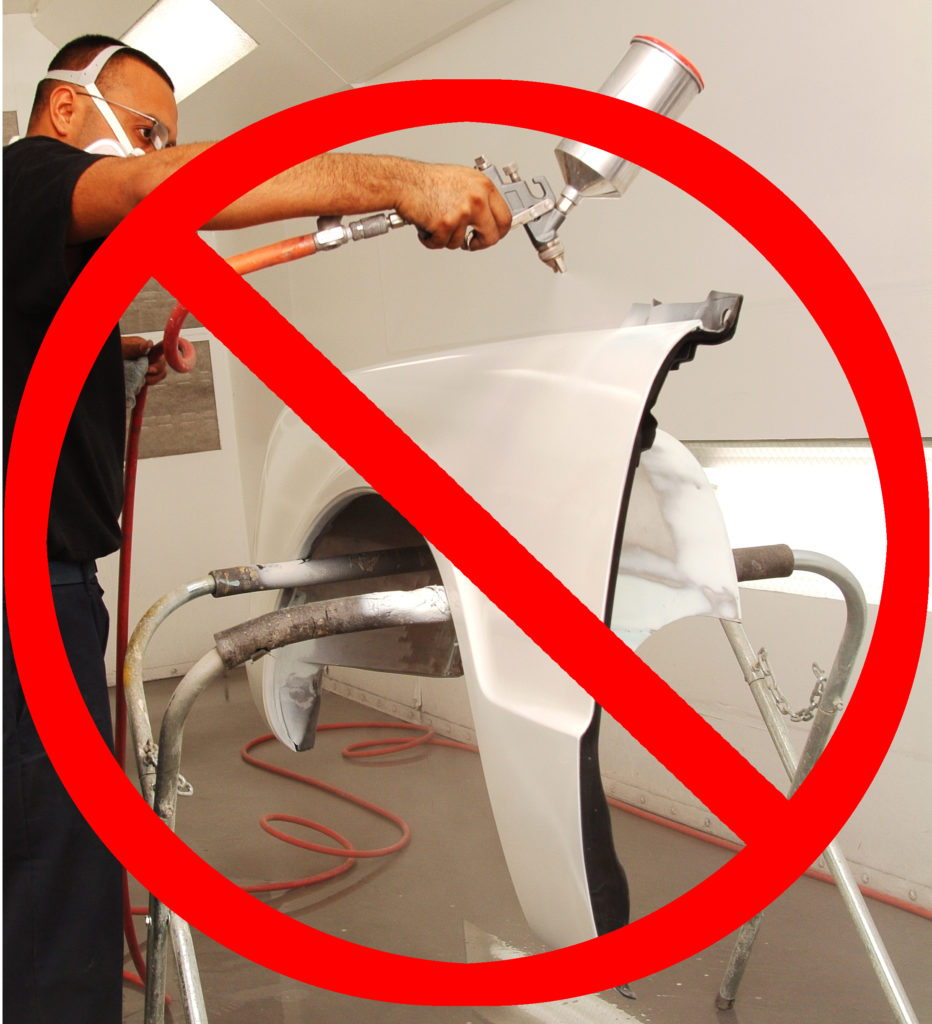 Many painters are just wearing a pair of sneakers into a booth, Thomas said.

“That’s not going to do anything from an isocyanate standpoint,” Thomas said. Isocyanates can “absolutely” permeate through one’s shoes and socks to the skin, he said.

Thomas said some painters don booties (it seems to us like you’d need proof those could block isocyanates as well) and tape them to their paint suit to prevent a gap between the suit and the footwear. However, Thomas said he didn’t know if any tests existed for the tape itself to confirm it was impermeable to isocyanates.

OSHA has ended a three-year initiative specifically emphasizing isocyanates, but the agency is “absolutely” still looking at it and will ding shops for inadequate protection during an inspection.

“It’s still very much on the radar,” Thomas said.

“Current global standards for chemical protective clothing: how to choose the right protection for the right job?”

A suit is tested for isocyanate penetrability by GMG Envirosafe. GMG has intentionally blurred out the logo of the manufacturer in this image. (Provided by Brandon Thomas/GMG Envirosafe)

Below are the results of GMG Envirosafe tests on five protective suits. These five proved permeable to isocyanates. (Provided by Brandon Thomas/GMG Envirosafe)

This painter risks isocyanate poisoning because his skin is exposed while painting. (MortonPhotographic/iStock)