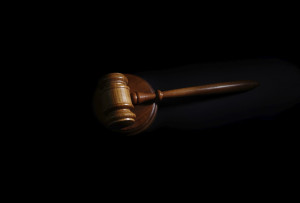 A Pennsylvania repairer’s case seeking millions of dollars collectively from multiple insurers for allegedly short-paying its customers was recently transferred to a Florida court hearing a slew of shop-versus-insurer litigation.

Professionals Auto Body v. First Choice et al names such players as State Farm, GEICO, Allstate and USAA as defendants. Progressive initially was among them, but successfully petitioned to have Professionals’ nearly $713,000 worth of allegations against it spun off into its own lawsuit.

That case survived a motion to dismiss in the Western District of Pennsylvania, the same court which had been hearing Professionals v. First Choice.

The new case initially sought $8,657,170.15 in allegedly underpaid claims, “delay time costs” and “administrative costs” as well as whatever punitive and other costs the court felt like awarding. Presumably, the request is now a little less than $8 million following Progressive’s departure.

The First Choice litigation is effectively identical to the Progressive lawsuit we covered earlier. Armed with assignment of proceeds authorizations for the first- and third-party customers, Professionals has sued the carriers for bad faith, breach of contract, unjust enrichment and tortious interference after they refused to reimburse the claimants for the full cost of the repair.

Professionals was entitled to pursue breach of contract and unjust enrichment litigation against Progressive for first-party and third-party claimants and bad-faith litigation for some of the first-party customers, Gibson ruled in the Progressive case.

Under Pennsylvania law, third-party claimants can’t pursue bad-faith claims, and the bad-faith statute of limitations expires after two years, leading to Gibson throwing out the other bad-faith claims. Gibson also threw out Professionals’ attempt to claim tortious interference with its customer contractual relationships.

Gibson won’t be hearing the First Choice case or a similar $59,424.97 case Professionals is pursuing against Kemper Independence Insurance and TVM Building Products.

The Judicial Panel on Multidistrict Litigation reversed itself and sent both to the Middle District of Florida in January — and the decision should be noted by any shop considering suing an insurer in federal district court.

The MDL clerk originally opted not to transfer either case to Middle District of Florida Gregory Presnell’s court. However, petitions by Kemper and multiple insurers in the First Choice case caused the MDL judicial panel to change its mind and kick both of them to Presnell in late January.

The MDL decision is interesting because the Kemper and First Choice litigation don’t read anything like the multiple cases nationwide by the Eaves Law Firm which have been consolidated before Presnell. Instead, both of the Pennsylvania cases read virtually identical to the Progressive case.

“Over a period of years, the various Defendants have engaged in intentional, ongoing and concerting courses of conduct in order to improperly and illegally control and depress the costs of automobile repairs, which has all been to the detriment of Plaintiff and the Substantial benefit of Defendants,” Progressive v. First Choice states, but doesn’t pursue any sort of antitrust claim.

But apparently, the MDL panel thought these kinds of considerations were enough to send the cases to Presnell.

After considering the argument of counsel, we find that the actions share common questions of fact with the actions transferred to MDL No. 2557, and that transfer under 28 U.S.C. § 1407 will serve the convenience of the parties and witnesses and promote the just and efficient conduct of this litigation.  In 2014, we centralized actions “shar[ing] common factual questions relating to the allegation of an industry-wide conspiracy spearheaded by State Farm to suppress the reimbursement rates applicable to automobile collision repair shops, including complex issues concerning the role of ‘direct repair programs’ in furtherance of the alleged scheme.”  Since then, we have transferred numerous related actions alleging the same or a substantially similar industry-wide conspiracy.  Like many of the centralized actions, plaintiff Professional, Inc., which also is a plaintiff in the MDL, alleges that numerous insurers acted in concert to control and depress the reimbursement rates applicable to automobile collision repair shops and that plaintiff has been injured as a result. Although Professional’s new complaints allege few details of the concerted conduct, plaintiff does not dispute movants’ representation that the actions involve the same anticompetitive conduct alleged in MDL No. 2557.  In fact, the vast majority of the 33 named insurer defendants in the new complaints are the same as in the MDL. Plaintiff Professional also does not dispute movants’ representation that the state law claims in its new actions overlap with the claims asserted in its previously centralized action.  Thus, transfer will eliminate duplicative discovery, prevent inconsistent rulings on pretrial matters, and conserve the resources of the parties, their counsel and the judiciary.

As noted above, Professionals didn’t oppose the transfer. But being sent to the Middle District of Florida might matter for other shops, given the location and because Presnell has been extremely skeptical of collision repairers’ arguments.

However, Presnell might be more amenable following an Eleventh Circuit Court of Appeals decision that he was too hard on repairers confronted with motions to dismiss. Insurers are seeking to have that ruling heard en banc by the the Eleventh Circuit, likely hoping for a reversal.

Correction: An earlier version of this report incorrectly described the amount sought in a Professionals Auto Body lawsuit against Progressive. The shop seeks nearly $713,000. The article has since been corrected.

Correction: An earlier version of this report incorrectly described the amount sought in a Professionals Auto Body lawsuit against Kemper and TVM. The shop seeks $59,424.97. The article has since been corrected.

A gavel is shown. (zimmytws/iStock/Thinkstock)