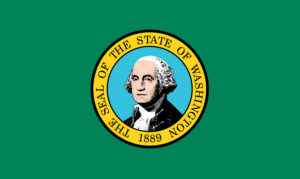 Washington law allows a policyholder to sue an individual adjuster for bad faith as well as the insurer who employs them, the Washington Court of Appeals ruled last month.

The 3-0 March 26 decision in Keodalah and Keodalah v. Allstate et al might give auto insurance adjusters pause before arbitrarily refusing to pay for necessary repairs.

“While the adjuster’s actions in Keodalah appear to have been extreme, presumably policyholders in Washington will rely on this case to sue an insurance company’s adjusters in their individual capacities for bad faith and CPA violations,” Sally Kim and Stephanie Ries of Gordon Rees Scully Mansukhani wrote Tuesday on Lexology’s Insurance Coverage Law Blog. “The court’s holding may have far reaching consequences. For example, will insurers need to appoint separate counsel for their adjusters when the adjusters are personally named in litigation? How will this affect the practice of removing cases from state to federal court? To the extent an insured wants to destroy diversity jurisdiction for its out-of-state insurer, it may choose to name an in-state adjuster, which would limit the insurer to Washington State Court when litigating coverage issues. This is an extremely alarming development for insurers and their employee adjusters in Washington State, who should take this as a reminder to be vigilant in ensuring good faith claims handling and the aggressive defense of bad faith claims.”

Allstate, whose counsel represents adjuster Tracey Smith as well, said Monday it couldn’t comment on pending litigation. Smith, who left Allstate in June 2017, said she wasn’t inclined to comment either.

The Seattle Police Department determined the motorcyclist was traveling between 70-74 mph and that Keodalah wasn’t on his cellphone during the crash.

“Allstate interviewed several witnesses who said the motorcyclist was traveling faster than the speed limit, had proceeded between cars in both lanes, and had ‘cheated’ at the intersection,” Division One Judge J. Robin Leach wrote in the opinion, with Judges Michael Spearman and Ronald Cox concurring.

But the carrier still hired accident reconstruction firm Traffic Collision Analysis to examine the scene. It found that Keodalah had stopped for the sign and concluded that the motorcyclist’s “excessive speed” — which it too determined to have been at least 60 mph — led to the crash.

Allstate offered Keodalah $1,600 to settle the claim “based on an assessment that Keodalah was 70 percent at fault,” according to Leach. Keodalah asked Allstate under the Washington Insurance Fair Conduct Act to explain that decision, and the carrier apparently backpedaled, offering $5,000.

Keodalah sued Allstate, which tapped Smith as its deposition representative.

Allstate said no, insisted in court Keodalah was 70 percent to blame — and lost big.

“The jury determined the motorcyclist to be 100 percent at fault and awarded Keodalah $108,868.20 for his injuries, lost wages, and medical expenses,” Leach wrote. Allstate had sought a new trial, but the King County Superior Court refused, though it did knock the judgment down to $25,302.95.

Keodalah then sued the carrier and Smith alleging bad faith. The court threw out the claims against her, prompting an appeal on the question of whether an adjuster directly employed by an insurer could be sued for bad faith and under the Consumer Protection Act.

“The business of insurance is one affected by the public interest, requiring that all persons be actuated by good faith, abstain from deception, and practice honesty and equity in all insurance matters,” RCW 48.01.030 states. “Upon the insurer, the insured, their providers, and their representatives rests the duty of preserving inviolate the integrity of insurance.

“A person who violates this duty may be liable for the tort of bad faith,” Leach wrote. “RCW 48.01.070 defines ‘person’ as ‘any individual, company, insurer, association, organization, reciprocal or interinsurance exchange, partnership, business trust, or corporation.’ Smith was engaged in the business of insurance and was acting as an Allstate representative. Thus, under the plain language of the statute, she had the duty to act in good faith. And she can be sued for breaching this duty.”

Leach cited another Washington Court of Appeals ruling and even a federal district court’s interpretation of Washington law to support this claim. Smith had argued those cases only applied to third-party companies acting as adjusters, not to an individual employee.

Smith also couldn’t avoid her responsibility to the policyholder because she was doing her job at Allstate, according to the appellate court, for “she did owe a duty to Keodalah.”

“RCW 48.01.030 imposed a duty of good faith on Smith, not just on her employer,” Leach wrote. “Smith cannot avoid personal liability for bad faith on the basis of her employment.”

This distinction is really interesting, and we’d be curious to know if a close reading of other states’ good-faith laws actually indicates individual employees are tasked with behaving responsibly to their policyholders (or third-party claimants).

Attorneys have said that individual auto body repair technicians might be sued for their actions while on the job (though one lawyer suggested it might be “bad form”), so it only seems fair that individual adjusters can be sued as well.

The appellate court also rejected Smith’s argument that she couldn’t be sued under the Consumer Protection Act, which bans “unfair or deceptive acts or practices in the conduct of any trade or commerce.” Leach quoted the Legislature having declared that the law should be “liberally construed” to achieve its “beneficial purposes.”

Smith had argued that the Appeals Court also ruled earlier that anyone sued under the law needed a contractual relationship with the plaintiff, finding specifically that “the CPA does not contemplate suits against employees of insurers.”

But the Appeals Court found that its colleagues hadn’t backed up that assertion and a more recent Washington Supreme Court decision specifically held, “Nothing in this language requires that the plaintiff must be a consumer or in a business relationship with the actor.”

“In conclusion, individual insurance adjusters can be liable for a violation of the CPA,” Leach wrote.

“Insurers often prefer federal court and remove coverage cases filed in state court to federal court based on what is known as ‘diversity jurisdiction,’ which applies when the plaintiffs and defendants are all citizens of different states,” he wrote. “Under Keodalah, insureds can sue individual adjusters, which may defeat diversity jurisdiction (if the insured and adjuster are citizens of the same state) or defeat removal (if the adjuster is a defendant of the state where the suit is brought).”

“Both because of the availability of bad-faith and CPA claims against another defendant, and because of the procedural advantages in suing an adjuster, Keodalah offers several tools for lawyers on the policyholders’ side of the bar.”

Featured image: A representation of the Washington state flag is shown. (Viktorcvetkovic/iStock)