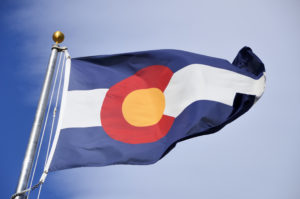 The Colorado Division of Insurance said state law renders it unable to make a determination into the reasonableness of an auto insurer flat-out refusing to pay for an OEM or paint manufacturer repair procedure, though it can determine the reasonableness of the insurer’s labor rate survey methods. It declared this seeming double standard a reality of Colorado law.

But is it really so hamstrung?

The issue came to light following a complaint over State Farm’s handling of a 2010 Lexus RX450H struck by its insured.

The DOI replied that it couldn’t hold State Farm to OEM repair procedures.

“There are no insurance laws under Title 10 that require insurers to follow the manufacturer guidelines on vehicle repair,” senior insurance analyst Stephen Lopez wrote. “If you know of such a law please provide the law citation number. However, there are two laws that come close. C.R.S 10-4-120(2)(I)(3)(a)(b)(c), which states the Company must repair the vehicle to its pre-loss condition based on ‘generally accepted insurer-based methodology, or market surveys that determine a fair and reasonable market prof for similar service.’ The other is C.R.S 10-3-1305, which allows the use of non OEM parts.”

The only recourse would be to sue State Farm directly or indirectly (by suing their indemnified policyholder), according to the agency.

Nylund’s pointed out that CRS 10-4-120 requires that insurers must “Assume all reasonable costs sufficient to pay for the beneficiary’s or claimant’s repairs including materials or parts, less any applicable deductible or reduction for comparative negligence.”

“The key word is reasonable; however, the law doesn’t provide guidance on what is reasonable,” the DOI wrote back. “I see that you and the company have been going back and forth on this issue for a while, but the division is not able to resolve this dispute.” 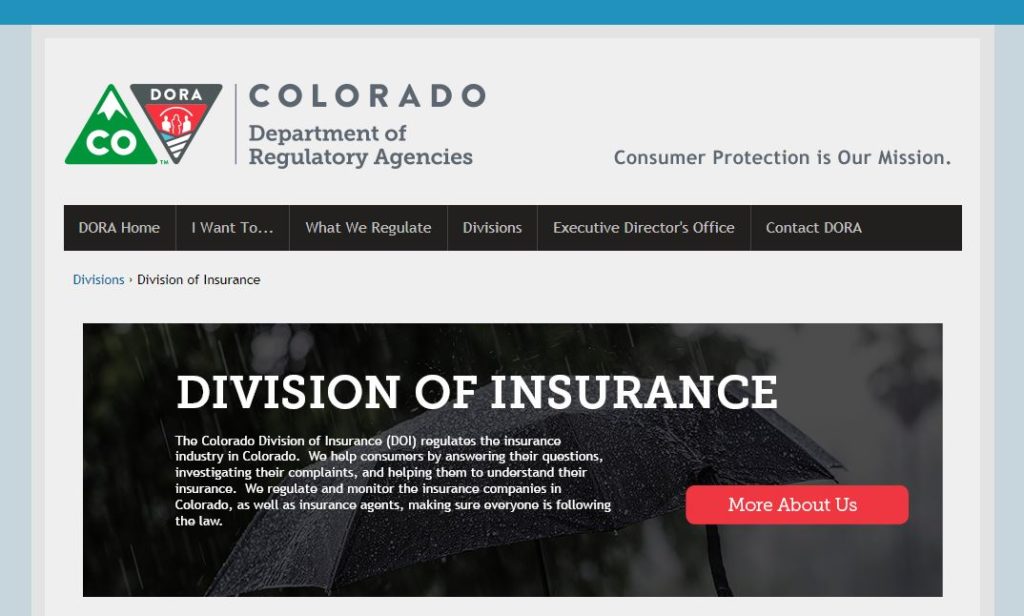 The DOI is in charge of the state insurance laws

The opening of Colorado Revised Statutes Insurance Title 10, under which laws establishing the state insurance commissioner and agency sit, states:

The general assembly finds and declares that the purpose of this title is to promote the public welfare by regulating insurance to the end that insurance rates shall not be excessive, inadequate, or unfairly discriminatory, to give consumers thereof the greatest choice of policies at the most reasonable cost possible, to permit and encourage open competition between insurers on a sound financial basis, and to avoid regulation of insurance rates except under circumstances specifically authorized under the provisions of this title. Such policy requires that all persons having to do with insurance services to the public be at all times actuated by good faith in everything pertaining thereto, abstain from deceptive or misleading practices, and keep, observe, and practice the principles of law and equity in all matters pertaining to such business.

That title also creates the insurance division and declares it “charged with the execution of the laws relating to insurance, and has a supervising authority over the business of insurance in this state.”

Wouldn’t the agency’s job therefore be to enforce and interpret the laws related to insurance in Colorado?

Besides the DORA motto, the DOI’s website also states the agency’s staff “regulate and monitor the insurance companies in Colorado, as well as insurance agents, making sure everyone is following the law.” Colorado law charges the state’s insurance commissioner, currently interim overseer Michael Conway, with the “duty and responsibility … to supervise the business of insurance in this state to assure that it is conducted in accordance with the laws of this state and in such a manner as to protect policyholders and the general public.”

A position that manufacturer repair procedures are a “reasonable” way to repair a vehicle is not a stretch or regulatory overreach. CRS 10-4-120 states that an insurer must:

(b) Require that any estimate prepared by or for the insurer covering damages that are visible or evident at the time of inspection is adequate to restore the property within a reasonable time to its condition before the loss, in accordance with applicable policy provisions;

(c) Pay for repair services and products based on a prevailing competitive price, as established by competitive bids, generally accepted insurer-based methodology, or market surveys that determine a fair and reasonable market price for similar services; …

(e) Assume all reasonable costs sufficient to pay for the beneficiary’s or claimant’s repairs including materials or parts, less any applicable deductible or reduction for comparative negligence;

The DOI is going to determine some reasonableness under Part (c), according to Bobbie Baca, director of the DOI property casualty and title consumer services division, and Vincent Plymell, DOI communications manager.

Plymell asked if insurers had to conduct a survey, and Baca pointed to CRS 10-4-120(3)(c), which requires a carrier to “Pay for repair services and products based on a prevailing competitive price, as established by competitive bids, generally accepted insurer-based methodology, or market surveys that determine a fair and reasonable market price for similar services.” 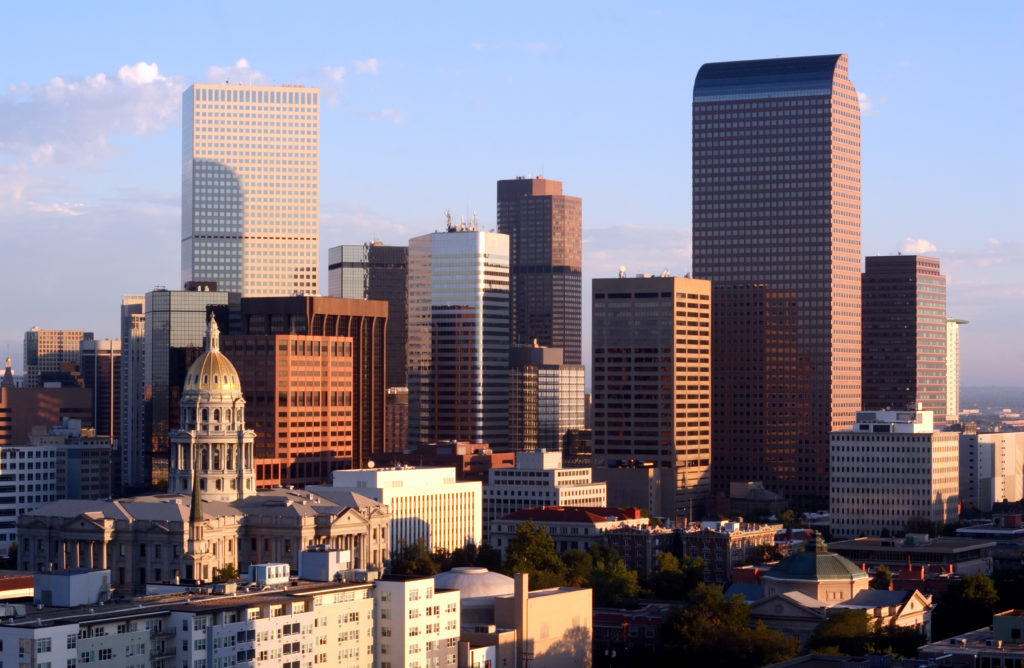 “That’s how they determine what they’re going to pay in any repair claim,” Baca said. She said most of the companies the agency is aware of conduct a market survey, some annually, some monthly.

If the agency was dubious about a value determined by the insurer, “we would ask them to show us that they did in fact conduct the survey,” and the agency has obtained survey results in the past, according to Baca.

“We don’t determine the reasonableness on how much they pay, either,” Baca said. Carriers determine that based on their surveys, she said.

“They determine that; we don’t,” she said.

But Plymell said the agency will ensure the carrier uses “reasonable methods” and can support their conclusion.

However, the agency won’t interpret whether a disputed procedure is a reasonable step to restore a vehicle to pre-loss condition.

“We don’t determine what that reasonableness is,” Baca also said.

There’s no law supporting the agency doing so, she said.

But if the agency is willing to make a subjective decision of reasonableness on Part (c), then there wouldn’t seem to be any reason why they couldn’t do so under Parts (b) and (e).

Support for the decision

Part of the problem might be a skittishness to weigh in on something technical or get into a pissing match between a shop or carrier.

“We’re not experts in body shop repairs,” Baca noted at one point during our interview earlier this month. She said the agency leaves that to body shops “and to the company estimators, the adjusters.” Instead, it looks to make sure a carrier is “taking everything into consideration, and that they are basing their values off of what their surveys might be.”

But in the case, this is disingenuous. First off, it presumes that an insurer knows better than a body shop how to repair a vehicle, which right away is a logical stretch (particularly since the body shop retains the liability for the work). That’s like calling a health insurer comparable to a doctor or a homeowner’s representative qualified to fix your roof.

In those examples, agency reticence and protestations of lack of knowledge of the subject matter would at least be understandable. Neither God nor the homebuilder gave the repairer a manual on how to restore their product to pre-loss. There’s no “right” answer.

But in an instance like collision repair, where the manufacturers of both the product being fixed and the equipment required to do so told everyone exactly how to do the work, it’s so obvious what’s reasonable. It doesn’t take any real bravery or expertise on the DOI’s part to accept that this is a reasonable repair, and anything else is unreasonable until proven otherwise.

Who else would know better than the manufacturer of the vehicle and materials? Who else is warrantying both of these elements? Second, the legal system seems to find as much, famously in the John Eagle case. Third, all three collision trade groups, and the industry’s leading educational organization I-CAR – which has a State Farm board member and conducts required training for State Farm direct repair program shops — have found OEM repair procedures to be the standard of care.

The DOI could even seek guidance on this determination from the state attorney general’s office.

It can’t pursue a formal Attorney General opinion; only certain state officers can do so — though perhaps Department of Regulatory Agencies Executive Director Marguerite Salazar and Conway could ask their boss Democratic Gov. John Hickenlooper nicely to request one on their behalf. However, it can seek legal counsel from the Attorney General’s Office, according to Baca and Plymell. 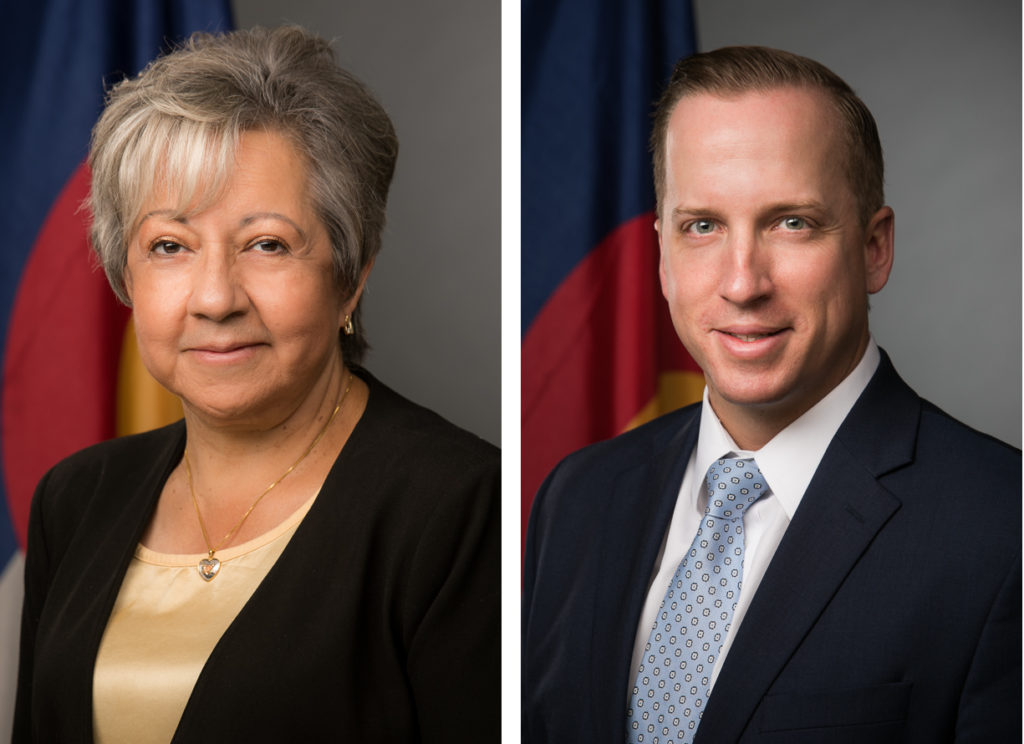 Colorado law seems to allows the DOI to take a stand independently with an order and then have anyone who disagrees take it up in court.

There’s a case that besides such decisions being the DOI’s job, it’s fairer for the DOI to rule and any insurer who feels wronged seek redress in court than it is for the DOI to do nothing and tell a consumer to sue their insurer or the other driver (whom their insurance would have to defend). An insurer is well equipped with money and expertise to handle such a legal action if wronged; your average motorist is not.

Baca said the DOI wasn’t a judicial branch of the state of Colorado, nor did it have “quasi-judicial authority” to order anything.

If there was a pattern of insurer behavior, the DOI might seek an injunction, but not under an individual consumer complaint.

“We don’t get involved in court orders,” Baca said.

If a company was in outright violation of a law or contract, the DOI would go “back and forth” with the insurer and have them pay the claim, refund the money or honor the contract, she said. But “if there’s no statute or contract provision or rule” the DOI can use, all it can say is other civil remedies exist, she said.

The Colorado flag is shown. (RiverNorthPhotography/iStock)

The Colorado Legislature can be seen in Denver. (filo/iStock)