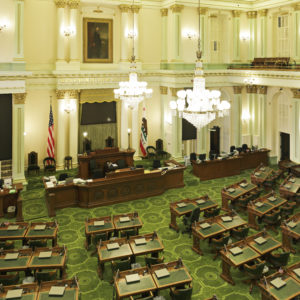 Despite lawmakers having removed some of the glaring issues, the California Autobody Association on Wednesday said it remained opposed to the amended version of a collision repair labor rate survey bill approved by an Assembly committee last week.

The California Division of Insurance legislative affairs Deputy Commissioner Robert Herrell said Wednesday that his agency — which had opposed prior versions of Assembly Bill 2276 — was analyzing both the intended and unintended consequences of Friday’s new language and didn’t yet have an official position.

However, Herrell said the CDI’s regulations had already addressed the problem of labor rate surveys he called “significantly wanting,” so it didn’t seem as though the issue “screams out for legislative interference.”

The Assembly Appropriations Committee on Friday voted 12-0 to amend the bill and recommend the full Assembly pass the revision. It received a second reading before the full body on Tuesday.

“CAA is still requesting that members call their Legislator and ask them to vote ‘no’ on the bill,” CAA lobbyist Jack Molodanof (Molodanof Government Relations) wrote in an email.

The new version declares that a carrier who conducts a labor rate survey of shop posted rates — not direct repair program rates — can have a “rebuttable presumption” of good faith so long as they “randomly survey the number of shops necessary to obtain the number of qualified responses required to achieve a minimum confidence level of 90 percent and standard error of no more than 10 percent” within a market defined as California Employment Development Department local workforce development areas.

A random survey held to this confidence level seems a better metric than the arbitrary and potentially too-low “minimum of 30 auto body repair shops or 30 percent of shops, whichever is greater” in areas with more than 30 body shops described in the earlier version of AB 2276, and Herrell said “we’re certainly encouraged” by the “statistical validity” suggested.

Under the amended bill, the data in a survey must be current, no older than 28 months — and if older than 16 months must be adjusted for California’s inflation rate. That’s a return to the methodology suggested by the CDI. The prior version of the legislation was worded in a way that seemed to inadvertently allow carriers to keep reporting the same results over and over annually:

The unamended version of AB 2276 also allowed insurers to define an auto body market as the area under the mile-out-from-nearest-six-shops model suggested by the CDI. However, it also allowed carriers to use Assembly districts or adjacent ZIP Codes within the local workforce development areas. The latter two can encompass ridiculously large areas and are the sort of geographies the CDI sought to prevent when it developed its labor rate regulations in 2016.

Such an area was too large, with the promise of reform too vague, according to the CAA. “The Geographical Area is problematic,” Molodanof wrote. “The Geographical Area (Local Workforce Development Areas) are too large (include counties and multi-counties) and not truly reflective of local market factors such as higher rents, higher local minimum wage, etc). Although the bill states that survey shall reasonable consider market conditions, it’s not clear what this really mean?  It’s vague and ambiguous. The bill also states the Legislature to further refine local workforce development area boundaries. What does this mean?  Another bill? These issues need to be addressed and not left to uncertainty.”

Molodanof also noted that an insurer using the law’s survey methodology will be given a “rebuttable presumption” of good faith, something that had under the CDI’s existing regulations only been a given if the carrier followed the CDI’s suggested labor rate survey format. (Those regulations don’t prohibit insurers from surveying shops in a different manner, and the CDI has in fact deemed other survey methods to be acceptable. The carrier just is taking a gamble by doing so.)

“Also the survey must include specialty rates such as ‘Aluminum’, ‘Carbon Fiber’, and ‘Fiberglass’,” Molodanof wrote. “Simply stating that: ‘specialty rates shall be handled on an individual basis’  will generate more complaints to the Dept of Insurance.”

A carrier wasn’t forced to conduct a labor rate survey at all under the CDI’s regulations, nor are they under the revised AB 2276.

However, AB 2276 continues to fling the doors open wide and allow carriers to calculate a prevailing rate however they want with the statement, “This section shall not preclude an insurer from determining the prevailing auto body repair labor rate using methods other than the auto body repair labor rate survey methodology authorized by Section 758.1, or other than the methodology in Section 2695.81 of Title 10 of the California Code of Regulations, that reasonably consider market conditions in a specific geographic area.”