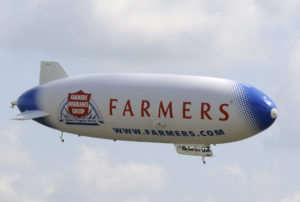 Farmers decided to halt its new Guaranteed Repair Program Scorecard after just six months of evaluating shops using the tool, according to a May email sent to direct repair program facilities.

It’s unlikely that the two methods produced identical shop recommendations to consumers, which seems bound to make the change controversial.

Some repairers who had adapted to and thrived under the new rules might find themselves suddenly taking a backseat to shops who hadn’t. Conversely, shops who performed well under the old system and wished it hadn’t been replaced by GRP Scorecard in December 2017 might find their prayers answered and their business increasing.

The email announcing the switch was dated May 25, just five days before the target June 1 date of the change, which doesn’t seem to give shops a great amount of lead time to react.

Regardless of how a shop’s fortunes changed under the switch, the reversal serves as another example of how a carrier might rewrite direct repair program competitive terms and effectively pick new market winners and losers.

Farmers did not respond to requests for comment on its resumption of the system it used prior to GRP Scorecard’s adoption in December 2017.

“Since the implementation, we have constantly monitored its functionality and impact to our business,” the Farmers email to DRP shops states. “While it has been a step in the right direction, there are still many pieces for us to sort out and further enhancements to make. We want to match our customers with the best shop, at that point in time, to repair their vehicle. Considering the above, we have made the decision to revert back to the prior process before the scorecard was implemented.  We are in the process of developing a replacement solution and will be communicating along the way.” 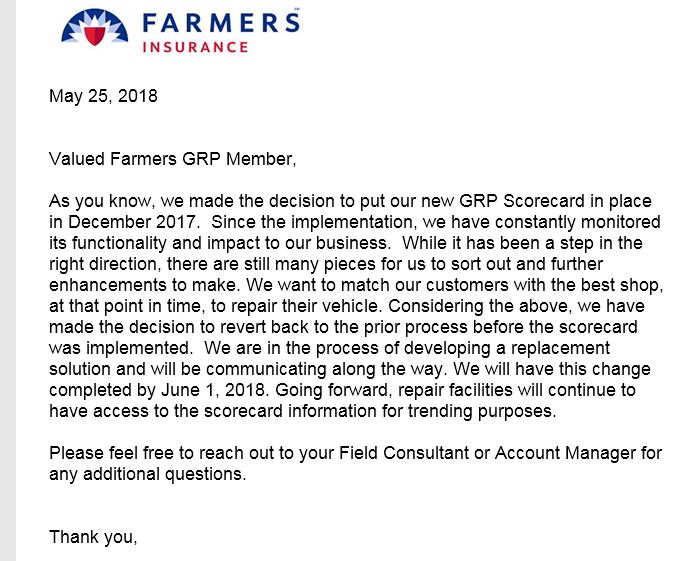 Farmers appears to be using CCC Scorecard for its GRP Scorecard. Asked if CCC wanted to comment on Farmers’ apparent dissatisfaction with the GRP Scorecard results, a CCC spokeswoman wrote that “Anything specific to Farmers will need to be addressed with them.”

Though Farmers decided to halt use of the GRP Scorecard, it apparently will still let repairers see the information within it.

“Going forward, repair facilities will continue to have access to the scorecard information for trending purposes,” the insurer wrote.

While CCC declined to comment on the Farmers decision, it did provide some information about its CCC Scorecard product for insurers and DRP shops.

“CCC introduced the CCC® Scorecard to provide a single source of truth to both insurance companies using DRPs and shops participating in DRPs,” CCC spokeswoman Michelle Hellyar wrote in an email. “It addresses the request that both insurance DRP coordinator and shop personnel have access to the same performance measures at the same time.  The CCC® Scorecard makes use of established performance benchmarks, the local market 75th percentile target.  Local market being defined by the shop’s Core Based Statistical Area, CBSA.  We find that a catalyst for the use of the CCC® Scorecard is the evolving definition of performance.  Performance today includes the customer experience.  This entails customer satisfaction and repair cycle time measures. ” 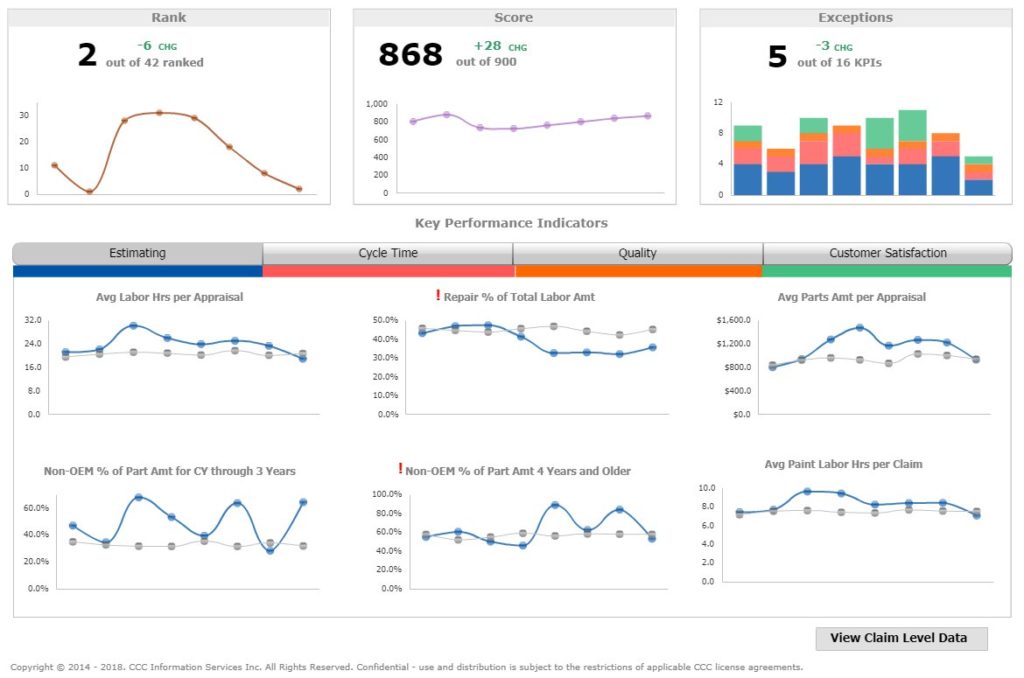 “The overall performance score is computed using the insurance company specified area and KPI weighting,” she wrote. CCC Scorecard can be integrated into an insurer’s shop locator system.

Shops need to be part of a direct repair program to use CCC Scorecard. A different product, CCC Indicators, lets repairers measure their data “relative to industry at the CBSA (core-based statistical area) level” and has existed for more than a decade. However, it might not help unaffiliated shops either.

“Like CCC® Scorecard, CCC Indicators is based on uploaded claims from a repairer, therefore a shop would need to be participating in at least one direct repair program to derive value from this tool,” Hellyar wrote.

Asked if CCC had any advice for insurers using CCC Scorecard, Hellyar wrote: “The CCC® Scorecard works best when it is truly providing holistic performance measurement.  Thus DRP programs that use CCC® UpdatePlus to capture repair cycle time and CSI data are able to define a DRP Scorecard model that is measuring holistic shop performance.”

For an even deeper look at CCC Scorecard, see this Jan. 1, 2017, FenderBender feature.

Farmers decided to drop its new Guaranteed Repair Program Scorecard after just six months of rating shops using the tool, according to a May email sent to direct repair program facilities. (Screenshot of Farmers email)

A screenshot of CCC Scorecard is shown. (Provided by CCC)