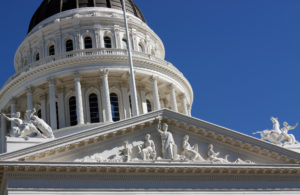 The California Autobody Association and Automotive Service Councils of California have announced their opposition to a bill which following a recent state Senate amendment holds auto repairers seeking payment to the rules for other debt collectors.

“Auto repair businesses are not ‘debt collectors’, they are small businesses that service and repair vehicles for their customers,” the ASCC wrote to members, urging them to demand an exemption from their senators. “This bill is very complicated, far reaching and has many problems.”

According to a legislative analysis of Assembly Bill 2825, debt tied to vehicle towing, repairs or storage had been exempt from the Rosenthal Fair Debt Collection Practices Act. The bill applies similar restrictions to other creditors on how repairers and tow companies can pursue reimbursement.

“Currently, there is evidence of the wide proliferation of problematic collection practices when it comes to debts arising from traffic tickets, parking fines, and towing, impounding, and storing vehicles,” the June 25 analysis for the Senate Judiciary Committee states. “There are issues of debt collectors using aggressive tactics to force debtors to pay, lack of any accommodation to those speaking other languages, and the failure to notify debtors of their rights. These practices are largely allowed to exist because they fall outside the scope of the Act and the (Fair Debt Buying Practices Act), which apply to consumer debt.

“This bill would create two new acts that apply substantially similar provisions of the Act and the FDBPA to specified government debts and debts arising from the towing, storage, and repairing of vehicles.”

But the bill leaves a loophole for auto dealers’ service centers, according to the ASCC.

“The bill exempts new car manufacturer dealerships that own and operate repair facilities but fails to exempt independent auto repair shops,” “This is not fair!”

The dealership exemption only appears to apply in the case of lien sale restrictions.

“If a vehicle or food cart is sold at a lien sale for less than one-half of its reasonable market value, then the towing debt shall be equal to one-half of the value of the deficiency judgment,” AB 2825 states. “This section does not apply to lien sales by a new motor vehicle dealer as defined in Section 426 of the Vehicle Code.” Initially, the bill only applied to “nonconsensual” obligations to pay, such as when an abandoned vehicle is towed, rather than consensual obligations like a repair contract. The new bill applies to “Unpaid charges for repairing, performing labor upon, furnishing supplies or materials for, storing, safekeeping of, or rental of parking space for a vehicle under subdivision (a) of Section 3068 or subdivision (a) of Section 3068.1.”

The trade group also mentioned this lien sale section in its warning to repairers.

“Constitutional mechanics lien rights will be jeopardized,” the ASCC wrote. “Auto repair shops may only be able to recover 50% of amount owed for services and repair after a lien sale. … Since a repair business will not be able to recover all money owed for services and repairs, shops will have no choice but to start requiring customers to pay the entire amount upfront in order to begin repairs. This will significantly impact consumers, especially low income individuals and working families who depend on older vehicles.”

California’s Constitution grants repairers lien rights upon anything they’ve fixed: “Mechanics, persons furnishing materials, artisans, and laborers of every class, shall have a lien upon the property upon which they have bestowed labor or furnished material for the value of such labor done and material furnished; and the Legislature shall provide, by law, for the speedy and efficient enforcement of such liens.”

Jones-Sawyer contested the repairers’ arguments, according to the legislative analysis.

“Section 1788.108 does not impair the ‘speed’ or ‘efficiency’ of enforcing mechanics liens,” he wrote. “Our bill does limit (but not eliminate) an auto repair shop’s ability to collect the “entire amount” owed for repair services performed, but only when those shops perform an unfair lien sale. Our bill’s 50 percent threshold for violations is a safe harbor for the variations in calculating the reasonable market value of a vehicle. There is nothing in the bill that prohibits lien sales to be conducted at 100 percent or 75 percent of the vehicle’s value, rather we are going after the egregious offenders who sell the vehicle for far less than what it’s worth.”

The ASCC also warned that “Communications with customers may subject YOU to strict liability, unnecessary fines, penalties and frivolous lawsuits.”

(a) Using obscene or profane language. …

(d) Causing a telephone to ring repeatedly in order to annoy the person called.

(e) Communicating with the debtor, by telephone or other communication or in person, with such frequency as to be unreasonable and to constitute harassment to the debtor under the circumstances.

“Frequent communications and reminders (calling, texting, emailing, etc) with the customer to pick up a vehicle when it’s ready may be considered ‘debt collection’ and prohibited under the bill,” the ASCC wrote.

The ASCC suggested it objected to being unable to contact the employer or family member to “have vehicle picked up.”

“Auto shops need to be able communicate with their customers,” it wrote.

Jones-Sawyer argued that the bill only required shops to collect debts “in a fair and responsible manner.”

“The bill clearly lays out the information that must be conveyed in writing to the debtor,” he wrote. “This bill does not impede a business from collecting on a debt; it only requires collectors to respect the debtor when interacting with them.”

The analysis states that Jones-Sawyer is open to talking with repairers about their concerns.

The bill is now before the Senate Appropriations Committee.

The California Legislature is shown. (ziss/iStock)

The California Autobody Association and Automotive Service Councils of California have announced their opposition to a bill which would treat auto repairers like other debt collectors following a recent amendment in the state Senate. (gpointstudio/iStock)