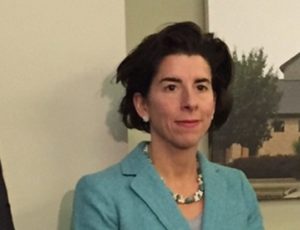 Insurers may no longer request a collision repairer to deviate from OEM repair procedures “(w)hen ‘OEM part(s)’ are used” under a new law which took effect Independence Day.

They also are now prohibited from requiring any aftermarket parts — not just “body” parts — on vehicles four years old or younger without the written consent of the vehicle owner. The prior Rhode Island law capped it at three years, which is shorter than some vehicle leases given that manufacture date can predate both the model year and the date the vehicle was leased.

Body shops still at no time, even after the four-year mark, may install aftermarket parts without consumer consent, and insurers still can’t select them without notifying the insured in writing.

Senate Bill 2679 also clarifies that all of these protections apply to third-party claimants.

The auto glass industry is excluded from the bill under an amendment first passed by the House and later adopted by the Senate.

The PCIAA and ACA’s complaints once Senate Bill 2679 (and companion bill House Bill 8013) cleared the Legislature both surrounded aftermarket parts.

“By passing extremely narrow interest legislation to ban the use of aftermarket parts, the General Assembly has unfortunately voted to raise auto repair costs for Rhode Island drivers who, as a result, could end up paying the highest auto insurance premiums in the U.S.,” PCIAA state government relations Vice President Frank O’Brien said in a statement. “This legislation puts Rhode Island far outside of the national mainstream by further micromanaging the auto repair and insurance claims process. No other state in the country bans the use of high quality, reliable aftermarket parts which cost 20-30 percent less than expensive original equipment manufacturer parts, and their use helps to keep auto repair costs down.”

(We took a closer look at the “aftermarket parts save tons of money” argument and other PCIAA assertions here and here. A discussion of aftermarket parts quality with the Insurance Institute for Highway Safety is here.) Technically, the customer always had to give written consent to the body shop for aftermarket parts under the existing law, no matter how old the vehicle. The changed law would demand an insurer secure customer consent to require aftermarket parts (even a windshield wiper) on a vehicle 4 years old or younger.

“The law also requires that all repairs be done using the procedures and recommendations of the original equipment manufacturer,” Hanvey wrote in the Journal. “The original manufacturer is always going to recommend the use of its own higher-priced parts and try to eliminate the use of affordably priced, quality recycled and aftermarket parts, thus taking hard-earned money from consumers’ pockets.”

Neither the PCIAA nor ACA argued that automaker repair procedures (except for OEM recommendations against alternative parts) should not be followed, despite the assertion by Amica Vice President and General Counsel Robert Suglia Sr. during a legislative hearing that “There are other industry standards out there, such as I-CAR.”

All three national collision repair trade groups, I-CAR and apparently the legal system agree that OEM repair procedures are the correct way to fix a vehicle.

The initial version of the OEM procedures clause was controversial, as advocates for alternative parts argued that adhering to automaker instructions effectively banned recycled or aftermarket parts.

Unfortunately, this does still seem to raise some questions. Are OEM procedures only required of insurers on cars 48 months or younger, the subject of the bill and its associated section of Rhode Island General Law? Or just any time an OEM part is used on a vehicle? Are recycled parts, which do meet Rhode Island’s “OEM part” definition of “a motor vehicle body replacement part manufactured by the manufacturer of the motor vehicle being repaired,” affected by the bill because of OEM repair procedures or not? Does the wording still completely ban insurers requesting aftermarket parts, even after the four-year mark? (Also, does the inclusion of third-party claimants inadvertently strip away rights from victims which would have been under no obligation to the at-fault insurer?)

Despite these issues, the expanded protection for lessees, late-model vehicle owners as well as the legislative support for the concept of adhering to OEM repairer procedures do seem like important victories for shops — and customers.