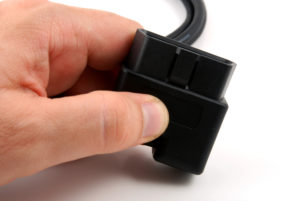 Despite a year and a half of collision industry hype over scanning, October 2017 “Who Pays for What?” data reveal 50 percent of surveyed shops failed to perform a post-repair diagnostic check at least once because they felt the damage was too minimal.

Fifty-three percent had the same story regarding pre-repair scanning when polled by Collision Advice and CRASH Network for the study, which was released in January 2018.

“That scares me,” Anderson said Thursday during a talk at the NACE MSO Symposium.

Hundreds of shops typically reply to the survey, though the exact number answering the specific questions referenced here was unclear.

“Who in a shop thinks they are more knowledgeable about the vehicles than the automaker engineer to make those types of decisions?” Anderson wrote in the formal January “Who Pays?” report. “Even a minor hit can have an effect on the parking sensors or cameras used for adaptive cruise control. And you will not know that unless you perform a scan. You are making arbitrary decisions that could affect someone’s life.”

Shops were allowed to select more than one answer in the October 2017 poll, and 35 percent reported not performing at least one post-repair scan because “The vehicle doesn’t have any high-tech systems to be concerned about.” That’s an seemingly embarrassing increase from the 2016 survey’s 28 percent. The average repairable vehicle is about 5.9 years old, but scanning requirements date back to the 1990s for some OEMs who have agreed dash lights might not accompany a DTC.

Vehicle Collision Experts CEO Mark Olson on Friday also tied the light to an emissions failure, with a yellow Olson advised repairers to scan all vehicles, even a door ding, both because diagnostics were necessary and because they could impress customers and help capture cars.

Yet 19 percent of “Who Pays?” shops still reported forgoing a post-repair scan because “no dash lights are lit” in 2017, down from 44 percent of respondents in 2016.

“It’s time shops took personal responsibility to do the right thing and quit trying to look for a scapegoat,” Anderson wrote in the January 2018 report summarizing the 2017 data.

Repairers only performed post-repair scans 63 percent of the time in 2017, an increase from 50 percent in 2016.

While the OEMs with position statements (a group which represents about 90 percent of vehicles, according to Anderson) don’t always demand a pre-repair scan, all require post-repair scanning. Most shops reported using either a remote scanning service like asTech or AirPro or performing the work themselves.

The study found that shops performing the work in-house generally charged between 0.1-1 hours at the mechanical labor rate or a flat fee.

Anderson suggested certain discrepancies between body and mechanical times for remote scans demonstrated where the “problem lies” and the source of confusion in the marketplace. CCC, which lumped all scanning types together in its analysis, reported that first-quarter 2018 data found merely 12 percent of all appraisals contained a reference to scanning.

The average pre-repair scan price cost $63 and an average post-repair scan cost $93, with an average combined pre- and post-scan package going for $103, according to CCC.

An OBD connector is shown. (albln/iStock)

October 2017 “Who Pays for What?” data reveal 50 percent of surveyed shops failed to perform a post-repair diagnostic check at least once because they felt the damage was too minimal. (Provided by Collision Advice and CRASH Network)

Most shops reported in an October 2017 “Who Pays for What?” study that they used either a remote scanning service like asTech or AirPro for diagnostics or performed the work themselves. (Provided by Collision Advice and CRASH Network)