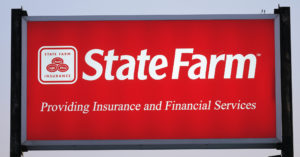 The U.S. Southern District of Illinois on Tuesday granted preliminary approval to a $250 million settlement agreement for what might be as many as 4.7 million people in a class that had alleged State Farm conspired to elect a sympathetic judge and concealed those efforts from the Illinois Supreme Court.

The Hale plaintiffs argued that Karmier should have recused himself or been prevented from hearing the appeal, as State Farm allegedly played a huge role in his campaign and contributed more than $4 million of Karmeier’s $4.8 million war chest, and then allegedly concealed their efforts from the State Supreme Court. State Farm denied those allegations.

But the two sides announced the settlement Tuesday, in what would have been the first day of what could have been a more than month-long trial.

“This Settlement represents a substantial achievement for Class Members, all of whom are eligible for monetary payments, and many of whom will receive those payments automatically, meaning without having to submit a claim form,” attorneys for the plaintiffs wrote. “As the Court knows, Plaintiffs were prepared and ready and willing and able to try this case to verdict.  But this proposed Settlement provides significant relief to Class Members now, and avoids the risk of (1) any further delay associated with the inevitable appeals of any successful verdict; (2) the loss of a successful verdict on appeal; or (3) an unsuccessful trial verdict.”

Judge David Herndon will hold a “final fairness hearing” on the settlement at 9 a.m. Dec. 13. Class members can file objections until Nov. 17.

State Farm also said it would have won but agreed to settle anyway, calling it the best decision for its policyholders.

“State Farm firmly believes that all claims that have been or are asserted against it and the other defendants in this case to be factually and legally without merit,” the insurer wrote. “That is why it has defended so vigorously against this litigation.  State Farm likewise believes that, in view of its strong factual and legal defenses in this case, it would prevail at trial, upon appeal to the United States Court of Appeals for the Seventh Circuit, or at both stages.  But this case has already gone on for over six years, and the predecessor case, Avery v. State Farm, lasted even longer.  There are uncertainties in any litigation, especially class litigation.”

The settlement agreement also includes defendants Edward Murnane and William Shepherd. It states that they and State Farm deny any wrongdoing and are considered to have done any by the settlement.

“WHEREAS, Defendants, and each of them, deny liability, expressly deny any wrongdoing, deny they violated RICO or any other statute, deny that they committed any act the effect of which was to unjustly enrich the Defendants, consider Plaintiffs’ claims to be without merit, consider they are settling under the unjust enrichment claim, and that the Settlement is made simply to end the entire litigation with the Class;” the settlement agreement states.

“WHEREAS, Class Plaintiffs, for themselves and the Class, and Defendants agree that neither this Agreement nor any statement made in the negotiation thereof shall be deemed or construed to be a concession as to any claim, an admission, or evidence of any violation of any statute or law or of any liability or wrongdoing by Defendants or of the truth of any of the claims or allegations alleged in the Action.”

The lawsuit had sought new damages of $7.6 billion for the entire class. (State Farm and the other defendants disagree with that amount.) The trial was scheduled to commence Tuesday and run until potentially Oct. 15, the latest date at which the court would have allowed closing arguments and final jury instructions.

State Farm entered the case after losing several rulings by Judge David Herndon on Aug. 21 regarding both sides’ expert witnesses and receiving mixed results on various motions in limine.

Karmeier for his part had denied any bias in his State Farm ruling, Saint Louis Public Radio reported in a comprehensive 2015 piece on the case, part of which first appeared in Illinois Issues. He was not a defendant in the Hale case.